Ralph Ellison believed fiercely in the American project and in the centrality of black people to it. In the April 6th, 1970 issue of Time magazine, Ralph Ellison published “What America Would Be Like Without Blacks,” a tour-de-force essay probing the inexterminable fantasy some have held of an America without black people. As anyone following the news over the past decade—and especially the past few months—is aware, what Ellison called this “boil bursting forth from impurities in the bloodstream of democracy” has returned with a vengeance, and his clinical exploration of it has never been more timely.

Ellison shot to literary fame in 1952 with the publication of his first and only novel, Invisible Man, the seminal post-World War II depiction of African American experience. In the following decades, Ellison refashioned himself as one of the United States’s most incisive public intellectuals, writing influential essays on jazz, democracy, literature, and African American folklore.

Ralph Ellison intermingles the language of blood, color, and culture in his famous essay, “What America Would Be Like Without Blacks.”

When Ellison wrote “What America Would Be Like Without Blacks,” the nation was reeling from the reactionary violence that erupted in the aftermath of the Civil Rights movement. At the time, conservatives like Daniel Patrick Moynihan were advocating a policy of “benign neglect” on racial issues, while liberals like Stanley Edgar Hyman were lamenting that “Negro hatred of whites is close to universal.” Behind these positions lay the bizarre and enduring suspicion that the only way to achieve domestic peace might be by putting an ocean between black people and white people. Ellison believed that this delusion, which recurred “during moments of great national crisis,” was symptomatic of white people’s continued inability to face the complexities and realities of race in America.

The essay begins with a brief history of the fantasy of a “lily-white America.” From the first colonization scheme proposed in 1713 to the “neo-Garveyites” of the 1960s, no generation of Americans lacked proponents of some permanent measure of racial leave-taking that would resolve racial inequality by enforcing racial homogeneity. Reflecting on this history, Ellison muses that considering “how long blacks had been in the New World and had been transforming it and being Americanized by it, the scheme appears . . . the product of a free-floating irrationality.”

This irrationality, he surmised, was evidence of an “embarrassingly absurd” pathology afflicting many white Americans. After all, it was white people who obsessed over tests of racial purity, created baroque systems of social segregation, and criminalized interracial touch. As Jack Turner observes, their “over-eagerness to settle the question of who they are, according to Ellison, helps explain the intensity of white supremacy.” But even the most granular segregationist scheme could not prevent integration at the level of language and culture. “The melting pot did indeed melt,” Ellison writes, “creating such . . . blending of identities, values and lifestyles that most American whites are culturally part Negro American without even realizing it.”

Throughout the essay, Ellison intermingles the language of blood, color, and culture. Whether characterizing the fantasy as a wishful scheme to “banish [blacks] from the nation’s bloodstream” or pondering what US culture would look like had there been “no blacks to give it . . . color,” his rhetoric makes palpable his convictions that every aspect of our collective life is entangled with race and that race has never been in any sense pure.

Ellison believed fiercely in the American project and in the centrality of black people to it. In his national symbology, black Americans were the last best hope for American democracy’s success, their welfare a perennial litmus test of the nation’s conscience and their protests a vital challenge to “the moral slobbism that has always threatened its existence from within.” While it can be exhilarating to watch Ellison turn the light of his prose upon one of the United States’s most malignant delusions, the essay’s suggestion that those Americans systematically victimized for the perceived quantity of melanin in their skin must still, decades later, fight to stem the tide of the nation’s descent into “moral slobbism” and the myriad sufferings that attend it is a fact many wish weren’t true. But Ellison might say that to pretend otherwise would be a fantasy. 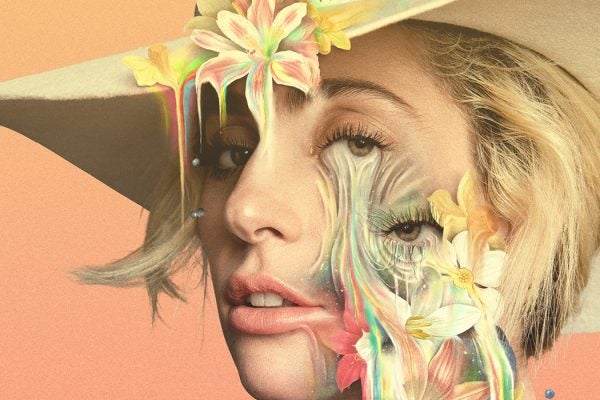 What Lady Gaga Teaches us about Pain and Gender

What does GAGA: Five Foot Two teach us about pain? The documentary challenges viewers to consider how female pain is often perceived or diminished.