A study on the criminalization of abortion in the late 1800s through the 1940s reveals that the law was often used against working-class women. 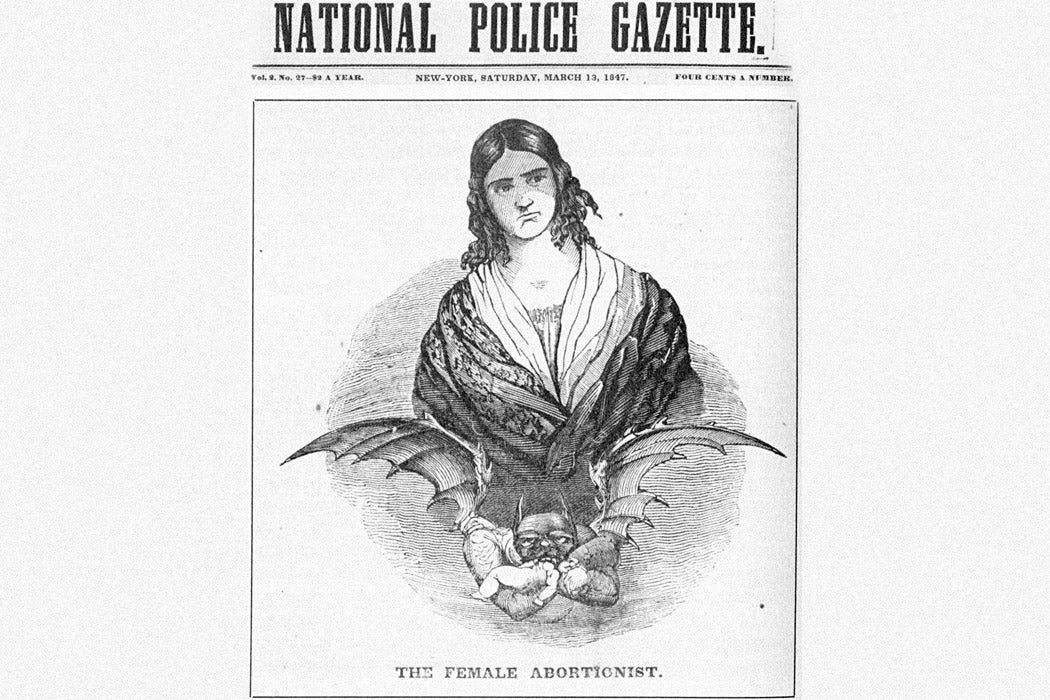 Outlawing abortion doesn’t stop abortions, of course, but it does punish those involved. During the second half of the nineteenth century, American states overruled the common law’s acceptance of abortions before quickening (sixteen weeks) and ramped up their policing power to control women’s bodies. Illinois, for example, criminalized abortion in 1867 and outlawed abortifacients—drugs or devices used to induce abortions—in 1871.

Scholar Leslie J. Reagan explores how Chicago authorities enforced these criminal codes over the next seven decades. “The state prosecuted chiefly abortionists, most often after a woman had died, and prosecutors relied for evidence on dying declarations collected from women near death due to their illegal abortions,” Reagan notes.

“The investigative procedures themselves constituted a form of punishment and control,” including for friends and relatives.

According to Reagan, “popular tolerance of abortion tempered enforcement,” so those who had abortions were not generally arrested, prosecuted, or incarcerated. But “official investigations and public exposure” were still used to discipline and punish them. “The investigative procedures themselves constituted a form of punishment and control,” including for friends and relatives, since sisters, for instance, were supposed to know the intimate details of their siblings’ reproductive life.

In the records of forty-four Cook County coroner’s inquests she examined, Reagan found that all the women who had abortions were working-class immigrants or the daughters of immigrants. The state’s focus “on regulating the use of abortion by working-class women” meant that policing largely exempted middle- and upper-class women.

Most of the women who had abortions were married, but the state concentrated its enforcement on “unwed women and their partners.” That is, male partners could be arrested and jailed for getting women pregnant in the first place and/or assisting in an abortion—it was common for these men to be held in jail before coroner’s inquests.

Key to the prosecutions of abortionists were “dying declaration(s)” extracted from women dying from illegal abortions. One example of these “humiliating interrogations about sexual matters by male officials” dates to 1916. Carolina Petrovitis was a Lithuanian immigrant and the married mother of three. The doctor called by neighbors denied her care until he heard a statement implicating an abortionist, a standard practice with some doctors. After Petrovitis admitted a midwife had performed an abortion on her, she was sent to a hospital. There, authorities, alerted by the original doctor, brought in the police. Told she was going to die, Petrovitis was asked for details about who performed the abortion, the instruments used, and the name of the father. Petrovitis’s dying declaration—an exception to hearsay rules that could be used in court—was signed with her mark just before she perished.

Reagan details how physicians and hospitals “served the state in collecting evidence.” The American Medical Association, which was headquartered in Chicago, had led the charge to outlaw abortion nation-wide. Some doctors, however, were nevertheless concerned about the privacy rights of their patients. (Others, of course, performed abortions.) Illinois law didn’t require doctors to report evidence, but those reluctant to do so “were caught in the middle between their responsibilities to their patients and the demands of government.”

In 1904, it was estimated that “six to ten thousand abortions [were] induced in Chicago every year.” Some of these were by pregnant women themselves at home. In the 1920s, a Chicago Children’s Bureau study estimated at least eleven percent of deaths related to pregnancy and childbearing followed illegal abortions.

Reagan reports for all the investigations, there were never more than a handful of actual prosecutions annually. The state attorney’s office “never won more than one or two of them” a year. Legal actions against abortion increased in the first decades of the twentieth century, but the number of convictions hardly changed into the 1940s.

In the 1940s, prosecutors changed tactics, raiding places where abortions were done instead of waiting for deaths from the procedure, since medical advances in the 1930s had done much to save women from botched abortions. “The system remained punitive for the women caught in it,” Reagan concludes.