Woodman’s imagery engaged with architectural and natural landscapes that were themselves in a state of change and decay. 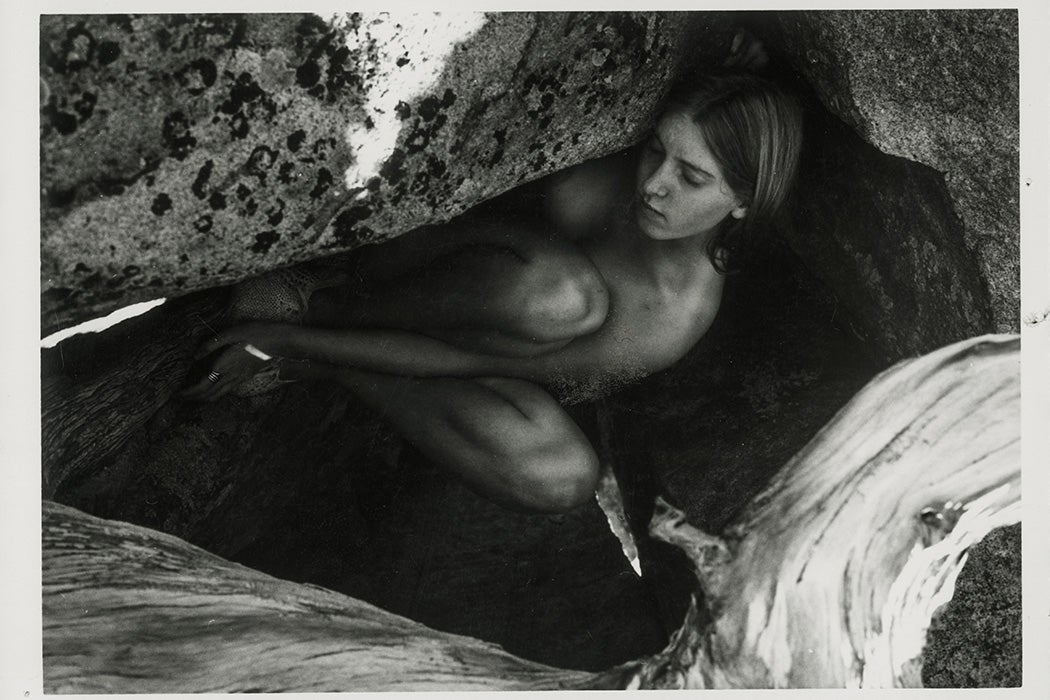 Covering her nude body with the peeling floral wallpaper in a derelict house, blurred in movement against a wall, or hiding herself among the trees of a forest, Francesca Woodman is constantly coming in and out of view in her photographs. As arts writer Amy Sherlock writes in Paragraph, what makes Woodman’s self-portraits “so powerfully articulate” is “the fleetingness of presence always touching the limit of absence. Woodman is never there where she is.”

That consideration of the ephemerality of the human body and her play with the possibilities of photography have made her work incredibly popular for scholarship, while the striking images, with their gothic tone, have inspired numerous imitators. Shadowing her legacy is the fact that Woodman was only twenty-two years old when she killed herself in 1981, leaving behind a compelling body of work, including over 500 prints, concentrated on her experimental years as a student. In Signs, feminist scholar Peggy Phelan observes that “her work operates in the pivot of the structure of afterwardness that all portrait photography inhabits, but the explicit force of that afterwardness is heightened by knowledge of her suicide.”

“Woodman returned again and again to the ways in which her camera worked to displace any ‘essence’ of identity.”

Francesca Woodman: Portrait of a Reputation, on view through April 5 at the Museum of Contemporary Art (MCA) Denver, is aimed at shifting the narrative away from her death to her development as an artist. Woodman was born in Denver and grew up in Boulder, where her parents taught art at the University of Colorado. She took her first photographs at the age of thirteen and studied at the Rhode Island School of Design from 1975 to 1979, spending her junior year in Rome. The exhibition focuses on her periods of growth and exploration, showing how Woodman often worked through her ideas and concepts in series of images as she engaged with the limits of photography.

Art historian Harriet Riches writes in the Oxford Art Journal that in “a body of work in which her own body is a recurring subject, Woodman returned again and again to the ways in which her camera worked to displace any ‘essence’ of identity.” Mirrors and panes of glass frequently splice her presence in the frame; as Woodman once wrote, these reflective surfaces “make me think about where I fit in this odd geometry of time.” Through long exposures and double exposures, she further manipulated her appearance so that there was always something escaping from the viewer’s gaze.

“Just as Woodman remarked that ‘I show you what you do not see—the body’s inner force,’ such a lack of figural-spatial boundaries makes the viewer aware of the artist’s self-perception, unreliant upon the viewer,” writes visual culture theorist Jui-Ch’i Liu in the Woman’s Art Journal. “The more Woodman traverses and dissolves her corporeal boundaries, the more she refuses to allow her body to be defined by the viewer.”

Portrait of a Reputation features contact sheets and shots of Woodman with a camera, revealing how she was innovating with her techniques as she engaged with architectural and natural landscapes that were themselves in a state of change and decay. As art historian Faye Hirsch notes in The Print Collector’s Newsletter: “Her favorite photographic environment was a rundown interior—an abandoned house in Providence (1975-76), a factory in Rome (1977-78), or later, her studio in New York.” In each of these settings, she seems to be merging with the space, whether curling beneath a window frame in a ghostly blur or levitating in a doorway. In other images, her face is cropped out or consumed by shadows or bursts of light; in some, her body is captured in imprints in powder on the floor or caught in a silhouette of black paint. Art historian Marian Bleeke in the Woman’s Art Journal writes that in joining her body with the architecture of these crumbling spaces, Woodman “uses the body/building relationship to further her own dissolution, for not only does her body appear to dissolve into the surrounding space, but that space is also in the process of dissolution.”

Much about Woodman remains enigmatic, and the brevity of her career means that looking at her images can give the impression of an artist building to some creative expression that never arrived. Yet in the posthumous fame of her art—in academia and on social platforms like Instagram, where her photographs are wildly popular—is a resonance in how she created surreal scenes within the detritus of an empty home or the simple intervention of a mirror. In her meditations on the transient experience of being in a body is a sense of what cannot be contained or controlled by the camera’s eye, which gives her work a timeless immediacy. 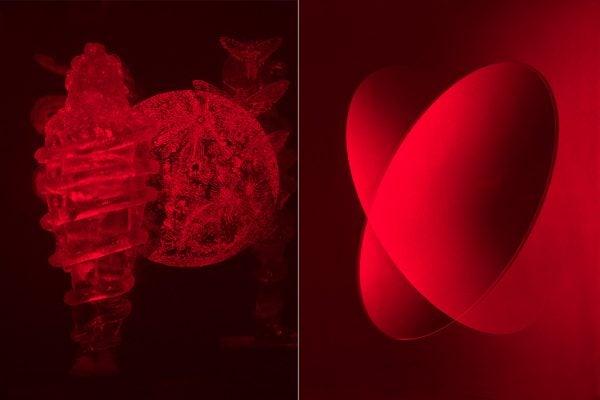