“When I saw a hologram for the first time, I felt both wonder and familiarity with the three-dimensional world that lay beyond the holographic space,” writes artist Ana Maria Nicholson in Leonardo. “It seemed like the space of dreams and mental images, but it was here and now, sharing our world, coexisting with us.” Her article was part of a 1989 Holography as an Art Medium special double issue of Leonardo. It was published at a pivotal moment for the art hologram, which had reached large audiences through popular exhibitions, but failed to find a footing in the mainstream art world.

As author D. Tulla Lightfoot observed in the same Leonardo issue, although the number of holography exhibitions had recently increased, “these shows have not taken place in traditional art galleries or museums in New York City. Correspondingly, very little has been written about holographic art in the traditional art magazines and journals based in New York, while video art and computer graphics have not seemed to fare as poorly.”

Photography arguably had similar hurdles when it debuted, with the technology of the medium overshadowing its fine art possibilities.

Why did a technology so visually unique fail to have a major breakthrough? Photography arguably had similar hurdles when it debuted, with the technology of the medium overshadowing its fine art possibilities, and the limited accessibility of its tools. Curiously enough, holography is both a novelty and ubiquitous—after all, most of us carry small holograms on our credit cards.

Even in its heyday, artists had trouble getting support for their work. In 1979, science journalist Constance Holden wrote in Science that out of “200 holographers in the country, only four have managed to get grants. Others are regularly turned down—by the National Science Foundation because they are too arty, and by various art supporting agencies because they do not fit into any existing category.”

The hologram’s three-dimensional image is produced through an interference pattern created by beams of light from a laser or other light source reflecting off a surface. The technology was first introduced in the 1960s. Hungarian engineer Dennis Gabor won the 1971 Nobel Prize in Physics for “his invention and development of the holographic method.” Then it was discovered by artists.

“Despite the decline of corporate experiments in holography during the 1960s, public exposure to holograms grew exponentially during the late 1970s, when some 500 exhibitions brought the medium to the attention of critics and the public,” writes scientific scholar Sean F. Johnston in American Scientist. “The large shows created a consumer demand for holographic art.” Early public exhibitions were often in university physics labs, and tended to be more about showing the technology than its visual subject matter. Then new organizations dedicated to holography opened, such as the Museum of Holography in New York in 1976 and Holos Gallery in San Francisco in 1979. Experimental institutions like the San Francisco Holography School, started in 1971, trained non-scientists in using lasers to make their own creations.

By the late 1980s, the crowds thinned. “Ironically, the falling appeal was associated with holograms’ widespread availability and the consequent trade-offs in quality,” Johnston writes.

Holography continues to be practiced by some artists, but it has remained a niche art form since its 1970s boom. One reason may well be that holograms must be experienced firsthand, and without exhibitions it’s hard for them to gain a bigger audience. Recently, however, there’s been some renewed attention. The HoloCenter will return with new work on Governors Island in New York this summer. In March of 2019, the J. Paul Getty Museum in Los Angeles acquired 105 glass plate holograms from C-Project, an early 1990s initiative to involve major contemporary artists (including Roy Lichtenstein, John Baldessari, Dorothea Rockburne, and James Turrell) in holography and in turn promote its artistic potential. Eerie red holograms of cages and chairs contained in bell jars, made by Louise Bourgeois as part of C-Project, are currently on view in New Order: Art and Technology in the Twenty-First Century at the Museum of Modern Art in New York.

Although you’re more likely to see one on your toothpaste box than in your local art museum, the hologram may yet be accepted as a mainstream art form. 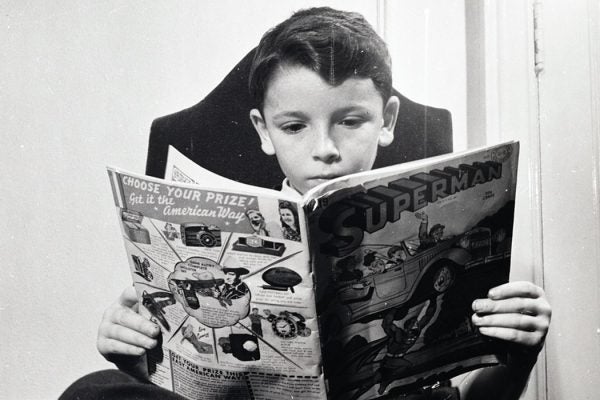