It has been 90 years since Ossian Sweet tried to move into his new home; since police stood by and did nothing as a mob threw rocks. 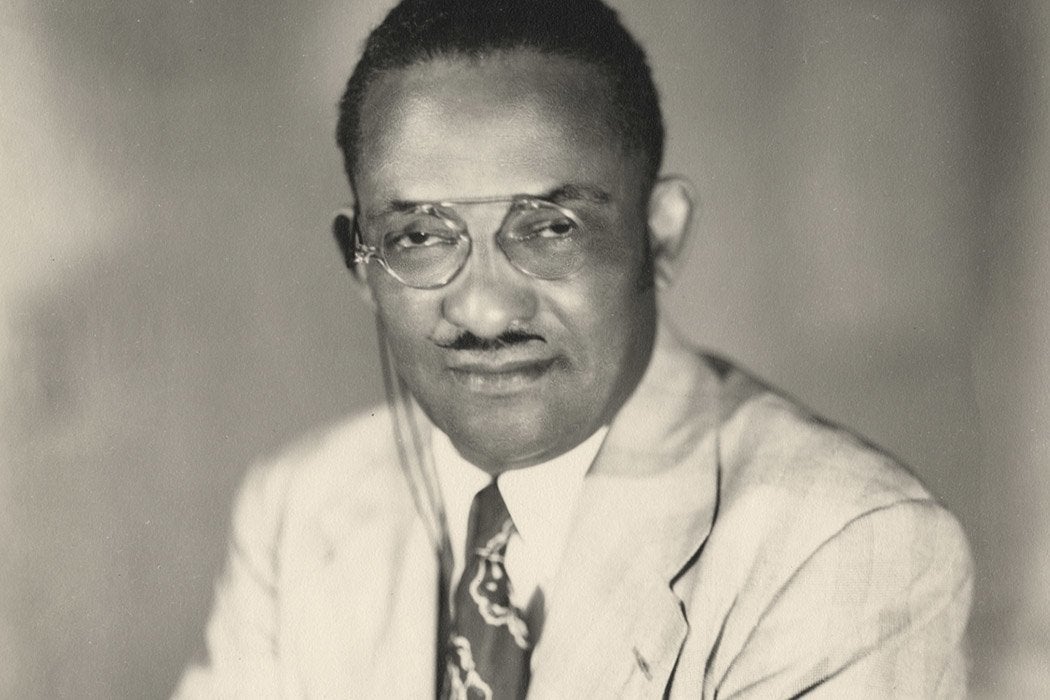 Ossian Sweet rose from humble beginnings and became a doctor who tried to help the poor. His story is admirable. In a better world, it would be fairly unremarkable. But Dr. Sweet was African American in the 1920s, and his life tells the story of race struggles in this country—then and now. “To know the history of the Sweet case,” wrote scholar Victoria W. Wolcott, “is to know the history of segregation in America.” Unfortunately, his life also shines a light on issues still facing black Americans today: not just segregation (prescribed or by default), but also injustice at the hands of those meant to keep the peace.

Ossian Sweet was born in 1895 in Bartow, Florida. He was the grandson of a former slave who lived in the Jim Crow South. When he was five, he watched from the bushes as a black man was burned at the stake. Years later, at his murder trial, Sweet would recall the smell of kerosene, the crowd taking pieces of the charred flesh as souvenirs.

When he was 13, his parents sent him north. He worked his way through prep school and college at Wilberforce University in Ohio, the first black university owned and operated by black Americans. He went on to study medicine at Howard University in Washington, DC.

While in Washington, Sweet witnessed the race riots of 1919, during what was known as “The Red Summer.” From November of 1918 to February of 1920, there were nine major race riots across the United States as well as 97 lynchings. In Washington, DC, the riots lasted four long days, from July 19 to July 22. According to scholar David F. Krugler, there was a “lingering confusion over authority in the wake of war.” Many voluntary vigilante groups were still operating. Returning soldiers and private citizens who had been deputized by federal authorities during the war—to help identify German sympathizers—blurred the lines between soldier, police officer, and citizen.

Sweet lived a few blocks from the heart of the riots, but after seeing a mob pull a black man from a streetcar onto the sidewalk and beat him senseless, he chose not to leave his fraternity house

Upon receiving his medical degree, Sweet joined thousands of other black Americans who were migrating to Detroit, most to work in the burgeoning auto industry. Between 1910 and 1930, Detroit’s black population increased twentyfold. The fast-growing population, however, meant competition for housing and jobs. Sweet arrived in the summer of 1921, seeking to become a doctor in the overpopulated Black Bottom neighborhood. Here, homes were decaying and conditions were unsanitary. Many black migrants were restricted to this area.

Despite being a Northern city, away from the constraints of Jim Crow laws, Detroit was not exactly a welcoming environment. White residents organized neighborhood associations with the sole purpose of keeping non-whites out. Realtors drafted contracts that excluded people from neighborhoods based on race. In 1923, Michigan’s Supreme Court upheld the constitutionality of these restrictions, which stayed in place until 1948. Black Americans who tried to move into all-white areas were often met with not only with these legal restrictions, but also with mob violence.

In 1922, Sweet met Gladys Mitchell. After they married in 1923, Sweet and his new wife went to Vienna and Paris so he could further his medical training. He attended lectures by noted scientists, including Nobel Prize–winning physicist and chemist Marie Curie. In Paris, the Sweets were treated as equals—or near-equals, at least. However, when his wife was ready to deliver their baby, Sweet wanted to reserve a space at the American Hospital, where he had made a relatively large donation. The hospital refused, however, saying that white Americans would not want to mix with black patients. It was a reminder of what he and Gladys were returning to.

Upon returning to Detroit, the Sweets sought to own their own home in a nicer neighborhood than Black Bottom—or the other predominantly black neighborhoods. They bought a house at 2905 Garland Street. Aware of the brewing tensions in the city—and the dangers of moving to an all-white neighborhood—Sweet waited to move until after the summer, when things might be calmer.

The Ku Klux Klan was powerful in Detroit at this time, with more than 100,000 members in the city. In 1924 and 1925, the Klan ran Charles S. Bowles as a candidate for mayor, and he nearly won the first year as a write-in candidate. His opponent was declared the winner only after 15,000 write-in ballots were disqualified for misspellings and other errors. The Klan was not the only organization to be fearful of. In the two years from 1923 to 1925, Detroit police killed 55 African Americans with impunity.

As soon as neighbors heard a black family was moving in, they organized the Waterworks Improvement Association.

The Sweets sent their young daughter to stay with her grandmother and, after requesting police protection from the local precinct and help from a handful of friends and relatives, they moved into their new home.

On the first night, Sweet and his wife were joined by his brother, Henry, and three friends. In anticipation, they brought guns and ammunition. “Well, we have decided we are not going to run. We are not going to look for any trouble,” said Sweet. “But we are going to be prepared if trouble arises.” Crowds formed near the house, but the night was relatively peaceful. By the second night, however, the crowds had increased, so Sweet invited more friends to help.

The local police inspector and a detail of officers stood outside the house, ostensibly to protect the Sweets, as aPeople threw rocks relentlessly, and the police did nothing but look on… until a shot was fired from inside the house by Henry Sweet, Ossian’s brother. A white man outside was killed. All eleven adults in the house were arrested, initially denied counsel, then denied bail by Judge John Faust who presided over the preliminary hearing, and tried for murder.

But mob justice and a prejudiced police force did not rule the day. The NAACP agreed to support the Sweet defendants. Fundraisers were held in large cities throughout the country, and the NAACP contacted Clarence Darrow, the famous Scopes Trial lawyer, who took on the case for a small fee. Darrow’s defense was based on the history of race relations in the country, including testimony about the history of racial violence and lynching.

In his testimony, Ossian Sweet explained, “When I opened the door, I saw the mob and I realized I was facing the same mob that had hounded my people throughout our entire history. I was filled with a fear that only one could experience who knows the history and strivings of my race.”

After long deliberations, there was a hung jury. The judge was forced to declare a mistrial. A subsequent trial of Ossian’s brother, Henry, resulted in an acquittal, after which the prosecutor dismissed the charges against the remaining defendants, including Ossian Sweet.

As American Bar Association journal columnist James W. McElhaney explains in “The Trial of Henry Sweet,” Darrow’s approach to the defense of Sweet and his co-defendants was to illustrate systematic prejudice. He insisted, in other words, that black lives matter, a simple fact that unfortunately still has not been heard or understood. Darrow said in his closing arguments, “To me this case is a cross-section of human history; it involves the future, and the hope of some of us that the future shall be better than the past.”

It has been 90 years since Ossian Sweet tried to move into his new home; since police stood by and did nothing as a mob threw rocks. Unfortunately, while there have been great strides in civil rights, black Americans, particularly black men, still face barriers—access to housing, issues with law enforcement, and discrimination in the justice system. We are confronted with police violence against black men in many cities across the United States. The deaths of Eric Garner, Michael Brown, Tamir Rice, Freddie Gray, and countless others have underscored how much still needs to be done to end racial violence.

According to a 2013 survey by the Pew Research Center, nearly 70 percent of black Americans feel they have received unfair treatment in dealing with the police or the courts. And a 2013 Gallup poll found that nearly a quarter of black males between the ages of 18 and 34 believed they had been unfairly treated by the police in just the last 30 days. The justice system is not the only arena in which black Americans face discrimination. For example, a Department of Housing and Urban Development study in 2000 found that nearly 17 percent of black and 20 percent of Latino homebuyers received unfavorable treatment.

Racism in the United States continues to be so pervasive and systematic that, in August 2014, the United Nations Committee on the Elimination of Racial Discrimination (CERD) published a report that examined racial equality and justice in the US. CERD noted that black Americans disproportionately face economic and social disparity and urged the US to halt not only the excessive use of force by police, but also broader racism. “This is not an isolated event and illustrates a bigger problem in the United States, such as racial bias among law enforcement officials, the lack of proper implementation of rules and regulations governing the use of force, and the inadequacy of training of law enforcement officials,” said Noureddine Amir, CERD committee vice chairman. “Racial and ethnic discrimination remains a serious and persistent problem in all areas of life from de facto school segregation to access to health care and housing.”

Dr. Sweet and his family never moved back to their house on Garland. Gladys caught tuberculosis while in jail and passed the disease on to their infant daughter, who died soon after contracting TB. In 1928, Gladys also died from TB. Sweet’s misfortune’s continued: he had to sell his house in the ‘50s, and in 1960, he committed suicide. Today, his Garland Street home is recognized as a historic landmark because it shows, as the National Park Service notes, “the role of ‘ordinary’ places in the extraordinary history of American race relations.” 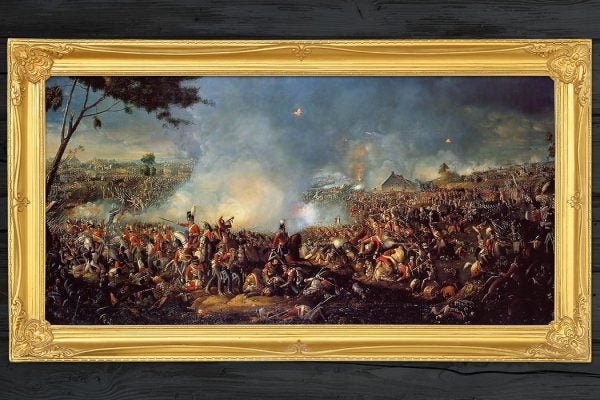 John Houston takes a less melodic look at the transformation of the Battle of Waterloo from "fact to myth," from history to literature.