It’s been 55 years since the Nuclear Test Ban Treaty. The massive amounts of fallout in the decade previous to the Treaty taught us a lot about the interconnected planet we live on. 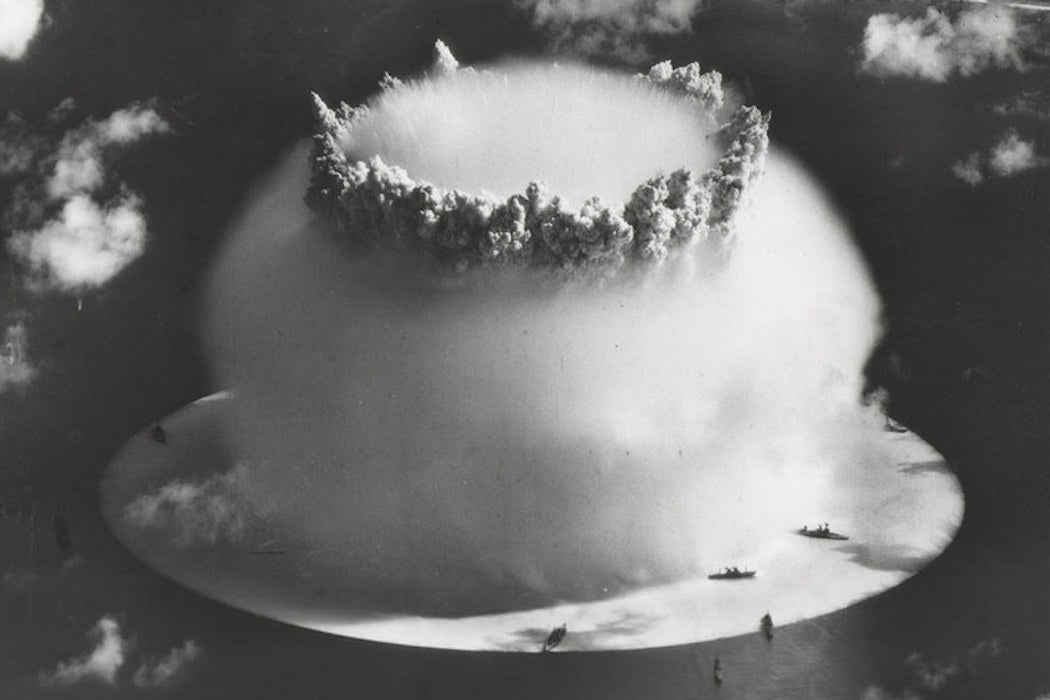 In 1963, the three main nuclear powers signed the Nuclear Test Ban Treaty, banning nuclear tests in the atmosphere, in outer space, and underwater. The USSR, U.K., and U.S. allowed themselves to continue underground tests. Most other nations, nuclear powers or not, would ultimately sign the treaty. The big exceptions were France and China, who continued atmospheric testing until 1968 and 1980, respectively.

The equivalent of more than 7,100 Hiroshima-sized bombs were detonated at Bikini and the Eniwetok atolls.

The radioactive isotopes created and released by all these tests became the “first environmental pollutant to take on the dimensions of a global threat,” writes historian Laura A. Bruno. Ironically, research into the radiation released into the atmosphere—and from there into the soil, water, plants, and animals, including humans—during the 1950s reign of fallout provided the basis for our understanding of pathways of persistent chemicals in the environment. Bruno writes:

As a result of fallout, scientists learned that pollutants could travel over long periods and distances, and that they could be accumulated in a reservoir in organic matter. This research revealed how interconnected different ecosystems are and led to the view that our global environment cannot tolerate endless pollutants.

Before World War II’s Manhattan Project, the American effort to build an atomic bomb, there was little knowledge about how radioactive (and other chemical) particles dispersed. During the war, German rivers and air were sampled for xenon-133, an isotope produced in reactors; none was found. Radioactive dust from the Trinity test site in Nevada (July, 1945) and the explosions over Hiroshima and Nagasaki (August, 1945) was found to girdle the earth. A month after the first Trinity test, the Kodak Company discovered that paper made from Indiana cornhusks was contaminated with radiation.

One of the more dangerous isotopes was strontium-90, which was produced in large amounts by atmospheric tests. Because it is chemically similar to calcium, animals readily absorbed it: in human bodies it remains active for anywhere from days to decades. The atmosphere-soil-grass-cattle-cow’s milk-human pathway was particularly evocative for the early anti-nuclear campaigners, since the developing bones of children absorbed even more of this radioactive poison—which can cause bone, bone marrow, and other cancers—than adults.

The 1954 Bravo test at Bikini Atoll brought fallout to the attention of the world because it poisoned Marshallese Islanders, American military personnel, and the crew of a Japanese fishing boat. The Atomic Energy Commission (AEC)—whose studies of the effects of nuclear war on plants and particularly animals was initially classified—admitted that radioactive isotopes could spread globally and enter the human food-chain. The awareness that radioactive poisons in the atmosphere ended up in all living things became the basis for the environmental movement.

Bruno notes that the equivalent of more than 7,100 Hiroshima-sized bombs were detonated at Bikini and the Eniwetok atolls. Birds, fish, and plants were maimed or burnt to death as whole coral atolls were obliterated. Curiously, some atoll rats survived repeated testing: they became the stand-ins to see how troops might withstand the thermonuclear battlefield. The rest of the world, meanwhile, was populated by largely unknowing guinea pigs.

The bequest of the nuclear battlefield: Science, nature, and the atom during the first decade of the Cold War
By: Laura A. Bruno
Historical Studies in the Physical and Biological Sciences, Vol. 33, No. 2 (2003), pp. 237-260
University of California Press 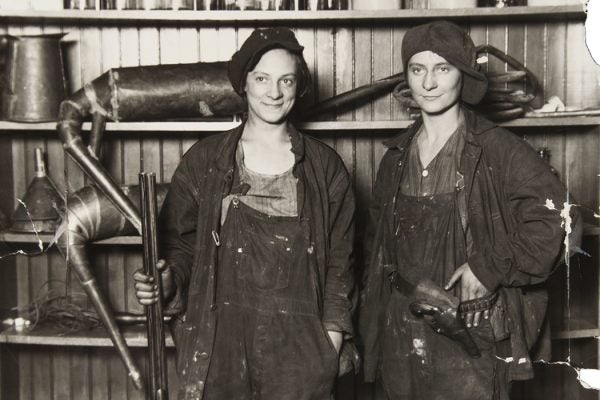