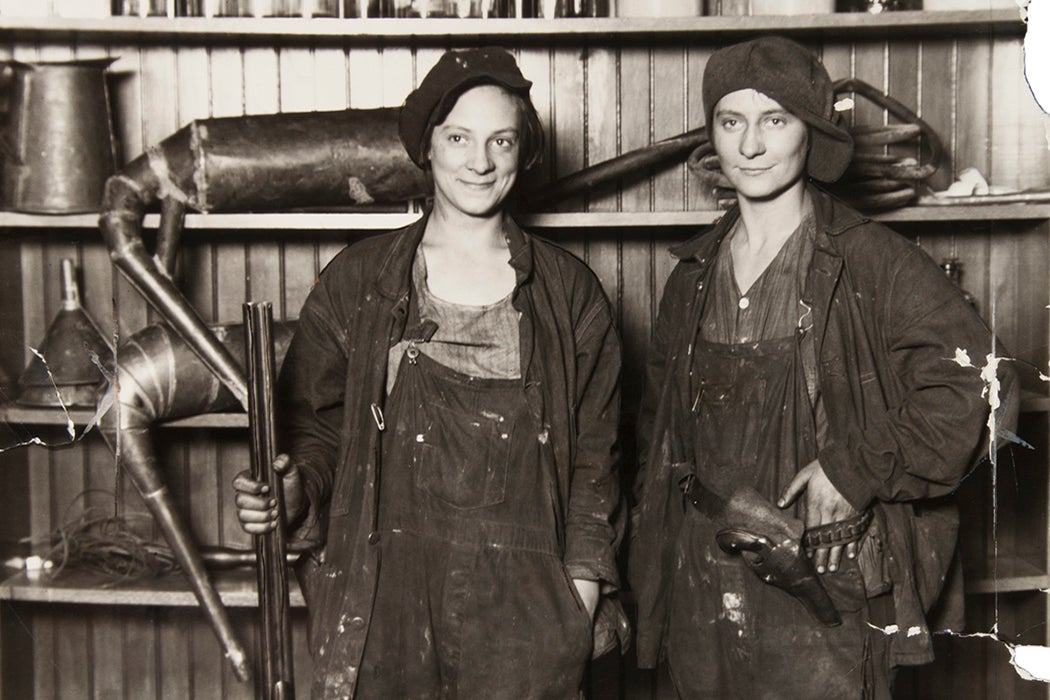 When alcohol became illegal in 1920, the result was anything but sober. Thirsty people openly flouted the law in a drunken, thirteen-year-long binge—including many women. During Prohibition, American women “made, sold, and drank liquor in unprecedented fashion,” writes historian Mary Murphy. For Murphy, the story of Prohibition is one of bootlegging mothers, drinking daughters, and critical developments in how women worked and played in public.

Prohibition was achieved largely due to the efforts of women who found purpose and a public expression of feminist solidarity in their temperance work. Murphy points out that women found opportunities in the newly dry West.

Prohibition “rattled” old, easily understood patterns of drinking, Murphy writes, and changed how women drank. Increasingly, women stepped up to the (underground) bar—and turned increased demand for alcohol into lucrative bootlegging businesses. “In all aspects of the liquor business,” she writes, “women moved into spaces that had once been reserved exclusively for men.”

Prohibition was a brief moment in which women were able to redefine long-held sex roles.

Though women had always imbibed, they rarely did so in public before Prohibition. In small towns, there were no places for women to drink anonymously. Throughout the West, including in Butte, Montana, saloons were male-only establishments. Men were initiated into a hard-drinking social life that took place behind closed doors. The only women at saloons were prostitutes, and in 1907 laws were passed criminalizing women in spaces designated for drinking. Women did purchase alcohol from saloons, but these transactions took place at the back door and liquor was consumed at home.

Prohibition changed everything. Private restaurant-nightclubs sprang up when saloons closed, and these establishments welcomed women. People found old recipes for wine and liquor in their grandmothers’ cookbooks and got to producing alcohol. Women also started running their own speakeasies: “home speaks,” in which they served homemade liquor and perhaps provided a phonograph for some dancing. Working- and middle-class women began making their own wine and even operating stills.

“Women who made whiskey and those who patronized speakeasies were breaking both custom and the law,” writes Murphy. For young women, speakeasies stirred a spirit of rebellion. They bobbed their hair and shortened their skirts while they were at it.

For Murphy, Prohibition was a brief moment in which women were able to redefine long-held sex roles, and “behavior followed structural change.” Though nineteenth-century feminists had not fought for the right to drink in public, the right was gained by those bootlegging mothers and drinking daughters. And once Prohibition was repealed, they’d be damned if they gave up their freedom—or their cocktails. 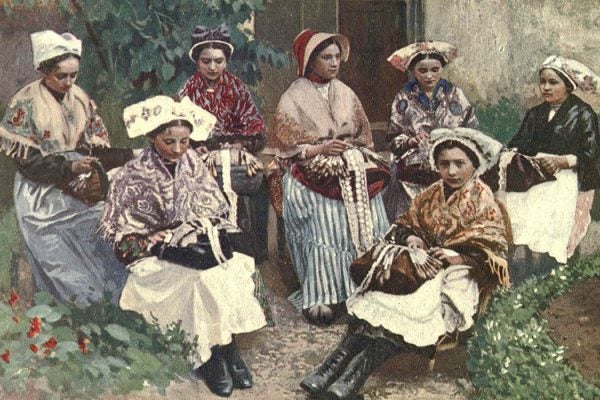 How the Victorians Politicized Lace

Scholar Elaine Freedgood tells the story of how, in the face of encroaching industrialism, handmade lace enjoyed a frilly revival.