How the internet has both reinforced and tweaked traditional gender pathologies, especially for boys and men. 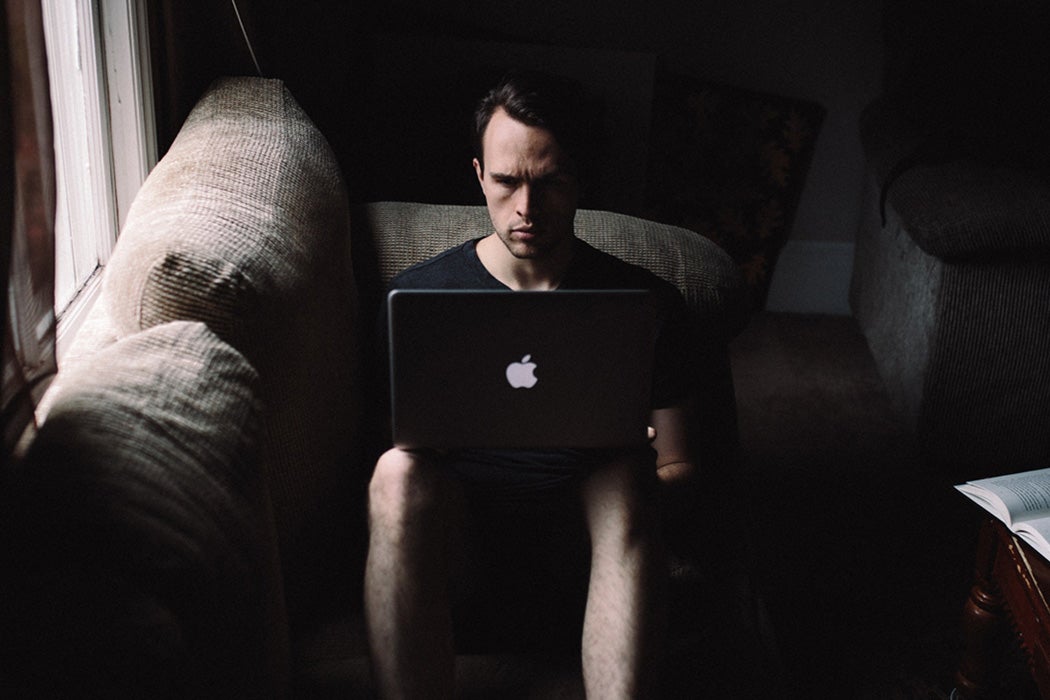 For the past month my web browsing has been colored by having read Rachel Giese’s new book, Boys: What It Means to Become a Man.  In Boys, Giese builds on the concept of the “Man Box,” which she describes as “common attitudes and understandings about what it means to be a man, as well as the consequences of those beliefs.” Once you clue into the idea of the Man Box, it’s easier to understand where conventional Western notions of masculinity come from—and how those notions affect boys, men, and the rest of us.

How the Internet Reinforces Gender Norms

We see those effects every day when we go online. From shopping sites with separate sections for boys’ toys and girls’ toys, to the gender divisions in many Facebook groups and discussion threads, we’re constantly confronted by the way longstanding gender norms get reproduced, solidified, and sometimes tweaked once they move onto the internet. And then there are moments, like the #MeToo movement, #GamerGate, and the Brett Kavanagh hearings, when the internet holds up a particularly cruel mirror to our gender pathologies, or even gets recruited to the job of enforcing offline norms of masculinity.

“For many boys and men, parts of the internet—especially gaming spheres—have also reinforced the worst aspects of masculinity.”
Rachel Giese

At least, that’s what I started to see once I read Giese’s book. I have known Giese for many years, so when I recently reconnected with her, I was curious to see how her research on boyhood and masculinity might intersect with the issues I’ve looked at around boys and video games, or around the gendered conflict over kids’ screen time.

I didn’t have to dig far, because Giese directly addresses the role of technology in twenty-first century boyhood. “[F]or many boys and men, parts of the internet—especially gaming spheres—have also reinforced the worst aspects of masculinity,” she writes. That in turn shapes the ways boys are perceived by both parents and educators:

When conversations turn to boys and schooling, an overly generalized idea of a boy emerges. He’s restless and rambunctious and hooked on video games; he’d rather shoot hoops than read a book; he’s more likely to be found in the principal’s office than on the honour roll.

many popular video games provide a context for Western boys to accommodate traditional ideas about masculinity within contemporary conditions of spatial confinement…For Jenkins, the main disjuncture between traditional boy culture and contemporary video game culture has to do with changes in the spatial organization of gendered play spaces. Many contemporary boys no longer have access to the backyards and woods that provided boys of the past with spaces for unsupervised play. Video games, Jenkins argues, offer contemporary city and suburban boys with a way to accommodate their ideas about masculinity within conditions of domestic confinement.

But video games aren’t the only way today’s technologies get harnessed to the job of defining or reinforcing masculinity. In her article “Adolescents, the Internet, and the Politics of Gender,” Meenakshi Gigi Durham looked at adolescent engagement with the then-new world of the World Wide Web. Writing in 2001, she observed:

The boys’ initial selection of Web sites pertained directly to issues of heterosexual desire and its role in the construction of masculine communities. By proclaiming their common sexual interest in celebrity women who functioned as markers of agreement among them, they established their membership in the male society within the classroom.

Male Identity in a Technologized World

The role of online culture in producing masculinity does not always parallel offline masculinity quite so neatly. In “The Fetishization of Masculinity in Science Fiction,” Amanda Fernbach offers a Freudian analysis of the way iconic works of “technofetishist” science fiction reveal contemporary male anxieties in a technologized world. “Despite the threats to a stable masculinity represented by cyberspace, it is also the only place where masculinity seems to be complete,” she argues. In the case of iconic works like The Matrix or Neuromancer, both of which belong to the sci-fi genre known as “cyberpunk,” technology helps to solve the crisis of masculinity by allowing man to merge with machine. As Fernbach puts it,

the discourse of cyberpunk starts with the inept figure of the nerd and transforms and empowers him. It fantasizes a technomasculinity associated with hackers and cyberpunks that disavows the male lack so flagrantly displayed by the nerd’s deficient body and goofy sense of style, through the magical fetish of technoprosthetics.

If cyberpunk offers a fictional tech fix for contemporary masculinity, some online communities threaten to bring that fix to life. In “The New Man of 4chan,” Andrea Nagle delves into the way the infamous 4chan community has birthed a specific male identity known as “betas.” As she explains:

The term “beta,” is an ironic inversion of the fabled swagger of the alpha male. Whereas alphas tend to be macho, sporty, and mainstream in their tastes, betas see themselves as less dominant males, withdrawn, obsessional, and curatorial in their cultural habits….On men’s rights sites and in some geeky subcultures, “beta male” is a common term of identification, one of both belonging and self-mockery.

Nagle’s thoughtful and troubling exposition of 4chan’s beta scene reveals the way online culture doesn’t simply replicate conventional masculinity, but iterates it for a new technological age. As she writes,

It’s easy to mistake the beta rebellion for a youthful, but otherwise undifferentiated, variation on the bad old tradition of patriarchy. Yet the phenomenon bears the unmistakable signs of a new, net-bred brand of misogyny…As the same frontier sensibility that characterized early Internet culture also runs through American gun culture, it’s no great surprise that the rites of gun worship and principled geek isolation should overlap—or that they should find expression the targeting of women whom beta men believe are dedicated to a matriarchal thwarting of male freedom and desire.

Of course, the internet is hardly the first technology to reinforce the project of constructing masculinity. In “Boys and Their Toys,” Roger Horowitz cites a paper by Steven Meyer that:

showed how changes in work under Fordist production methods prompted a merger between “rough” and “respectable” forms of masculinity among automobile workers. Basing his paper on a close reading of shop-floor grievances, Meyer showed how affirmations of masculine autonomy and prerogatives informed conflicts between workers and supervisors and shaped local unions’ efforts to control the workplace environment.

Breaking Out of the Man Box

Recognizing the internet’s role in shaping contemporary masculinity opens the possibility for online interventions that not only change the gendered character of online culture, but the larger evolution of masculinity itself. Alongside games and websites that reinforce conventional notions of masculinity, the internet has created new opportunities to break out of the Man Box. Giese writes, “the ability to create their own media has allowed for the visibility of boys who either don’t see themselves represented in mainstream media or who don’t fit norms of traditional masculinity.”

These are the opportunities we need to seize if we are to counter the internet’s frequent outbreaks of misogyny, and instead seize its potential for reinventing our ideas about boys and men. We can seek out games and online media that deliberately break with the constraints of traditional masculinity.  We can engage in thoughtful critique  expressions of “geek” identity that superficially challenge conventional understandings of masculinity while serving to codify gendered ideas about technology (like the stereotypical identification of tech skill with young white men). We can invent new and more open possibilities for masculinity online, and leave the Man Box to die a slow death in the analog world.