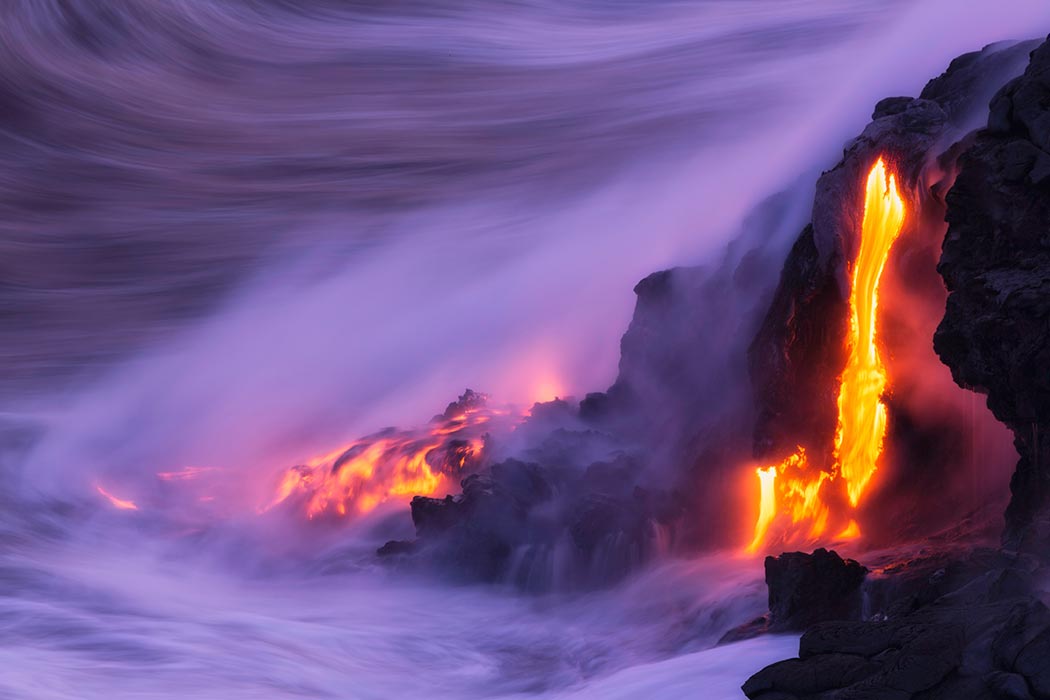 A new flow of lava from the Kīlauea volcano in Hawaii is currently threatening the community of Pāhoa, located a few miles northeast of the rift. While the photos and footage of the lava have been quite dramatic—showing its slow but unstoppable movement to consume everything in its path—this flow is merely the most recent episode in a volcanic eruption that has been continuously active for over 30 years.

One might conclude that a person must be either extremely bold or foolhardy to live so close to an actively erupting volcano, but Hawaiian volcanoes are a relatively sedate group. Known as “shield volcanoes” because their broad, gentle slopes resemble a warrior’s shield, they consist of hardened layers of liquid basaltic lava. Because this liquid lava is highly fluid and not mixed with gas or water, it emerges comparatively leisurely. It tends to wind its way underground, through heat-forged basalt tubes, only sometimes spilling out of terrestrial rifts or emptying into the ocean, should a tube reach the island’s edge.

Researchers have long studied shield volcanoes to learn more about geology and the natural history of earth, but the volcanoes are increasingly being studied in order to glean information about other planets. Mars, for example, has many extinct shield volcanoes, including the largest one known in our solar system. As NASA and the European Space Agency kick off their exploration of the Martian surface through the Mars rover program and the ExoMars mission, they can use the knowledge and methods developed from studying the Hawaiian volcanoes to better inform their efforts. In fact, in 2010, a team of scientists used lava samples from Kīlauea to show how to answer a particularly big question about Mars—whether the planet has ever supported life.

Using a technique called Raman spectroscopy, they examined samples of lava deposits, including some from an area where the flow had subsumed part of a coral reef. Effectively, Raman spectroscopy involves shining a laser onto a sample and seeing which wavelengths of light are reflected back. The combination of wavelengths that are reflected constitute a “spectral signature” that can provide information about the sample’s molecular composition. In this case, the spectral signature showed elemental traces of life, including calcium carbonate from the coral, as well as chlorophyll and other biochemical markers present in the hardy types of bacteria known to colonize lava.

This discovery had important implications for detecting life on Mars. Not only did it suggest a way to detect life in Martian lava, it also suggested where to look—lava collected from sites near ancient bodies of water would be more likely to contain detectable life. And because Raman spectroscopy is a relatively straightforward technique, needing few complicated instruments, the ESA is planning on using it during their ExoMars mission. In a sense, the lava that is a fact of life for those who reside on Kīlauea’s slopes may now help us establish the facts of life on other planets. 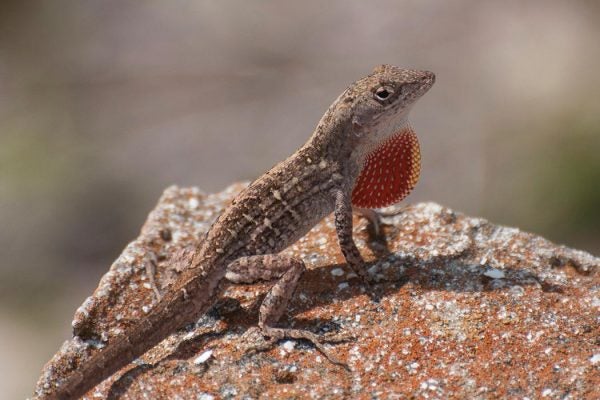 When faced with an invasive competitor, Florida anole lizards took only 15 years to evolve a response.