In Star Wars: The Last Jedi, Rey and Kylo Ren share a telepathic bond forged by the Force, brilliantly illustrating Douglas Hofstadter’s “Strange Loop” theory of the self. 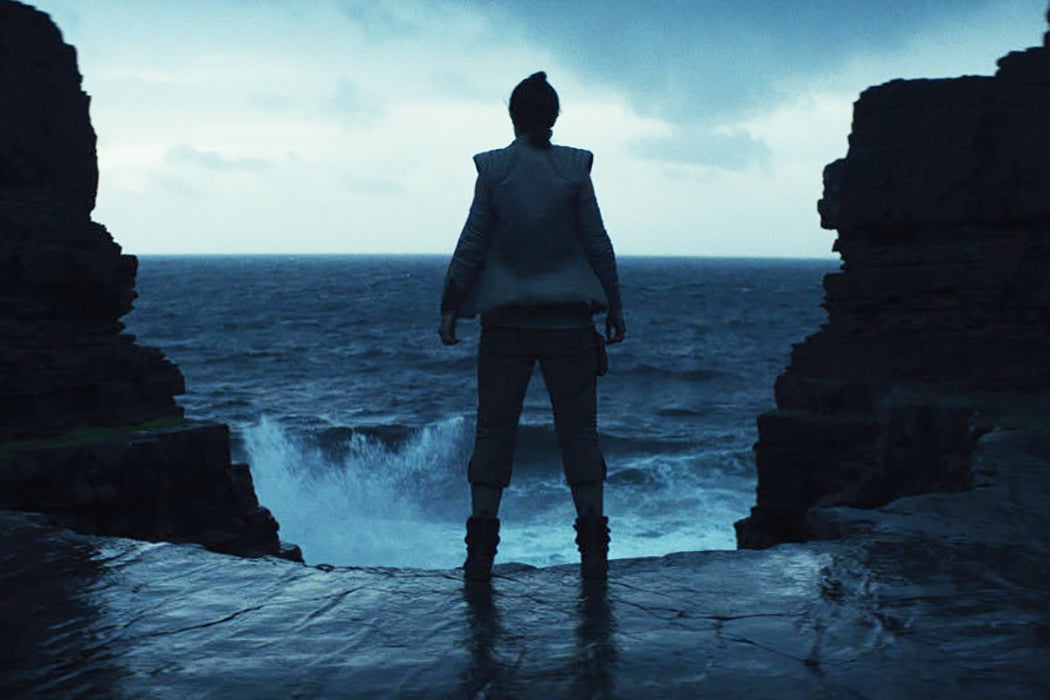 In Star Wars: The Last Jedi, Rey and Kylo Ren share a special connection, a telepathic bond forged by the Force. Through their Force Bond, they are able to speak to, touch, and see each other while lightyears apart. Their bond is the product of a mystical power. But their interactions, untethered from time and space, resemble a practice that even those of us without midi-chlorians are well versed in: constructing mental representations of others.

We do this all the time. Say you’re picking up coffee for a friend, but forget to take their order. You think about what they’ve ordered in the past, whether they prefer cream and sugar, and order based on that prior experience. Or say you’re making a difficult decision and need some sage advice. If you don’t have any telepathic bonds, you can theorize about someone else’s decision-making process. What would Mom do?

Philosophers refer to the practice of interpreting other minds as “folk psychology.” By theorizing about others’ thoughts, or imagining ourselves in the same position as someone else, we can make educated guesses about how others will think and act, according to the philosopher Heidi Lene Maibom. Lightsaber skills aside, the main difference between Rey and an ordinary person is that instead of asking herself, “What would Kylo Ren do?” Rey can just ask him. Maibom’s emphasis on simulation as an important aspect of folk psychology implies that you don’t need telepathy if you know a person well enough. If you can accurately represent how your best friend will approach a problem, then you don’t need to ask.

This is something like what it means to have chemistry with another person. There is chemistry between friends, sports teams, and #Reylo. At first glance, having chemistry might seem like an academic exercise, an addition problem—the more knowledge you have about someone (and visa versa), the better your chemistry. But there seems to be something else going on. What’s notable about the most dynamic of duos, the most terrific trios, and the fabbest foursomes isn’t simply that they know each other well. It’s that, together, they become a new entity—something greater than the sum of its parts.

The pattern that makes up the self recursively folds back in on itself, building up personal identity through experience, memory, and repetition.

According to the philosopher Douglas Hofstadter, who pioneered the “Strange Loop” theory of the self, developing chemistry is less about learning what someone else will do, and more about embedding that person’s character within your own. Hofstadter believes that the self, the feeling of “I-ness” we all have, is not a unique component of a particular brain, but a complex pattern, an arrangement of perceptual experiences that germinates when we begin to perceive ourselves perceiving. The pattern that makes up the self recursively folds back in on itself, building up personal identity through experience, memory, and repetition.

If we can believe, like Hofstadter, that the self is fundamentally a pattern, then it’s not a stretch to imagine that one mind can hold multiple selves. None of these rudimentary selves can be as complex and complete as the one we call “I,” but some can be so substantial that they constitute very important parts of our minds. These are smaller loops within your Strange Loop, built from your perceptions of a friend, partner, or parent.

On this theory, chemistry comes out of these secondary loops. You have chemistry with someone because part of that person’s identity is, in fact, part of yours. We recognize this on a metaphorical level in the way we speak of couples. Rey and Kylo Ren become Reylo, and there is no conservation of identity.

There are truly radical conclusions from Hofstadter’s theory of the self, particularly when it comes to death. As the scientist Margaret Boden notes in her review of Hofstadter’s I Am a Strange Loop: “The self, even the consciousness, of the dead person still survives within the mind-patterns of the survivors.” (Fan theory: maybe all those Jedi ghosts are Force-induced astral projections of the surviving Jedi’s secondary loops.) 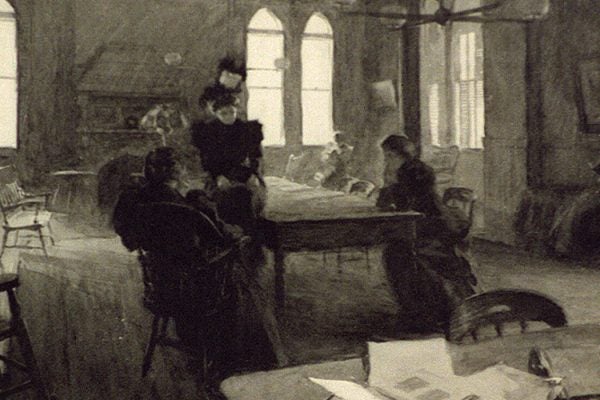