“Jokes” about Genocide in Puerto Rico

The resignation of Puerto Rico’s Governor Ricardo Rosselló echoes an incident from the 1930s. 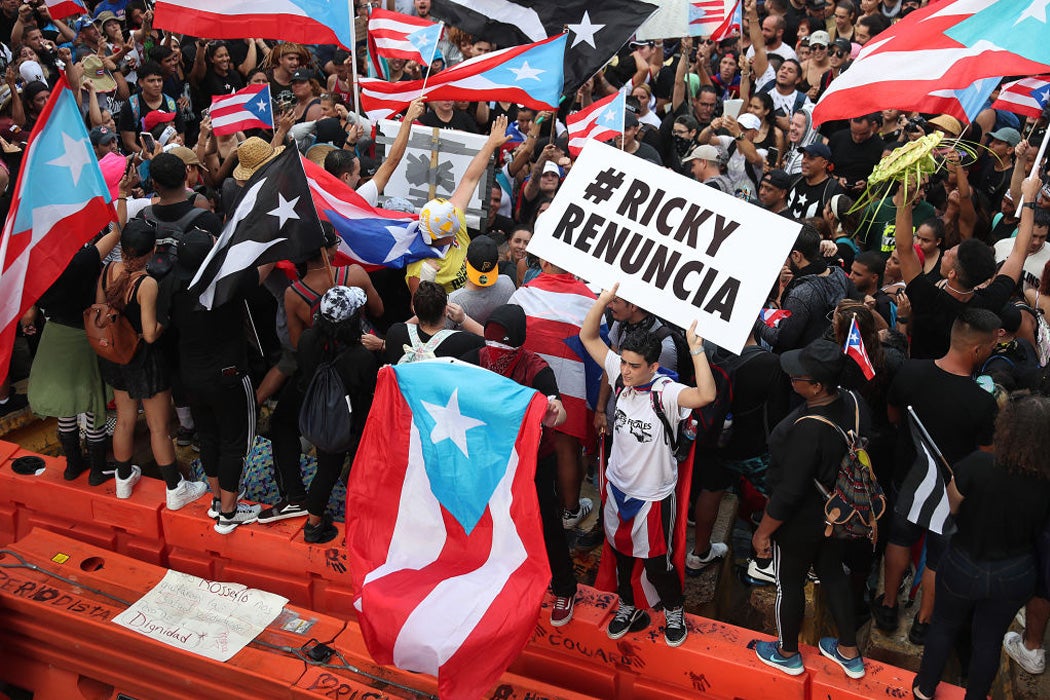 Puerto Rico Governor Ricardo Rosselló was forced to announce his resignation in July 2019 after his private messages containing callous jokes about deaths caused by Hurricane Maria were leaked to the public. These events echo an incident from the 1930s, explored by medical historian Susan E. Lederer. Then, as now, a shockingly offensive communication spurred anger over deeper issues of exploitation and elite disregard for ordinary Puerto Ricans.

Rhoads’s words sounded less like an over-the-top parody than a straightforward description of a genocidal campaign.

Lederer writes that the crisis in the early twentieth century was sparked by a letter written by Cornelius Packard Rhoads, a pathologist with the Rockefeller Institute working on the island. Puerto Ricans, he wrote in November 1931:

are beyond doubt the dirtiest, laziest, most degenerate and thievish race of men ever inhabiting this sphere. What the island needs is not public health work but a tidal wave or something to totally exterminate the population. I have done my best to further the process of extermination by killing off 8.

Pedro Albizu Campos, leader of the Puerto Rican Nationalist Party, publicized the letter. Rhoads quickly insisted that this was no evidence of a genocidal plot. Instead, he said, the letter was a parody “on supposed attitudes of some American minds in Porto Rico.”

To the Puerto Rican Nationalist Party and its supporters, Lederer writes, Rhoads’s words sounded like a straightforward description of the same kind of genocidal campaign the U.S. had waged against American Indians. It worried the public enough that the Puerto Rican governor, the director of the Presbyterian Hospital where Rhoads had his laboratory, and the Rockefeller Institute all launched investigations. The hospital found no excess deaths during Rhoads’s time there and that only one patient died under his care, due to bronchial pneumonia. The laboratory technician who had leaked the letter to the Nationalist Party, however, described Rhoads’s failure to follow standard procedures for blood draws, saying that he used the same needle on multiple patients without disinfecting them.

In February 1932, Time magazine published a sympathetic account of Rhoads’s actions that described him writing the “parody” letter after discovering that someone had stolen a seat cushion and other items from his car: “After six months of treating balky Puertoriquenos… after again that evening giving his blood (six quarts in all) to anemic natives, Dr. Rhoads lost his temper.” The writer portrayed Rhoads as a young, fun-loving yet self-sacrificing doctor in contrast to ungrateful “natives” who could easily be misled by the Nationalist Party’s literal interpretation of the letter.

Ultimately, the outrage did no real damage to Rhoads’s career. After leaving the Rockefeller Institute briefly after the leak, he returned in December of 1931. In 1939, he became director of Memorial Hospital in New York City, the nation’s top cancer hospital. A decade later he helped establish the Sloan-Kettering Institute.

Governor Rosselló may or may not have a more difficult time rehabilitating his career. But the parallel between the two cases suggests how common it remains for elites to privately mock the people of Puerto Rico.