Debates over the priorities of cars, public transit and “jay walking” are nothing new. There has long been a story class buried within the disagreements. 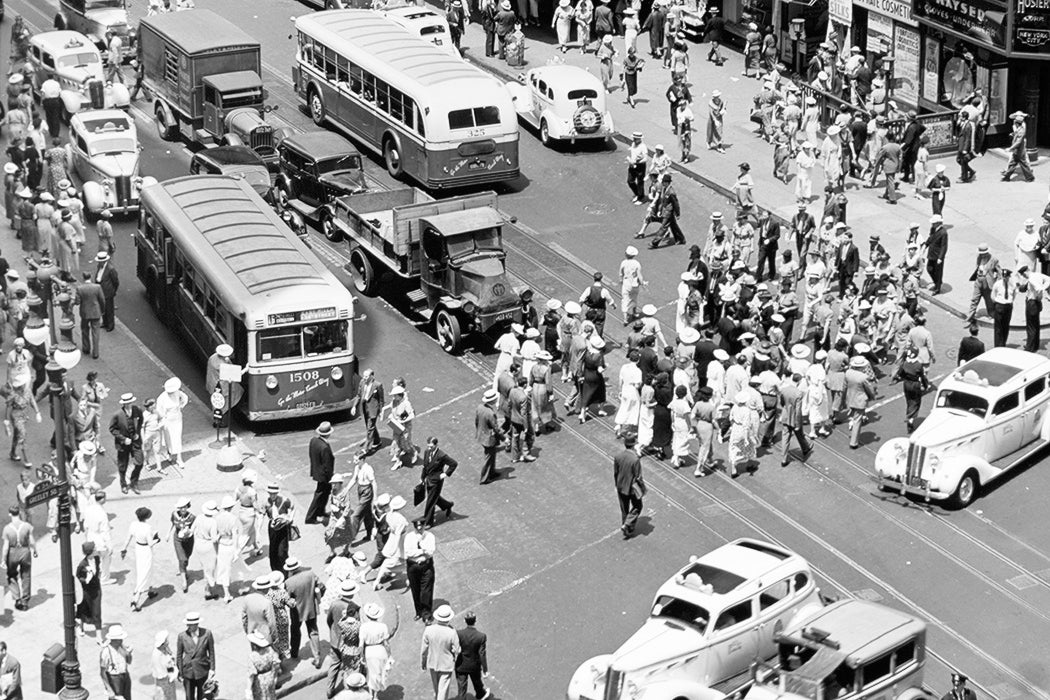 There’s a struggle for space going on in America’s streets. Debates over the priorities of cars, public transit, and pedestrians are nothing new. But for the past 90 years, they have mainly occurred among urban planners and city council members. However, with car ownership losing its luster and younger Americans moving to cities in the past ten years, pedestrian and bike advocates are literally pushing guerilla plans to take back the streets for non-drivers. Among the most popular—and contentious—projects in street re-purposing are the creation of bike lanes and bike-sharing programs. By all accounts, they are enjoying major success, with New York City counting 450,000 daily bike trips.

The biggest obstacle these advocates face is the unspoken but pervasive belief that roads are “naturally” for cars alone. It took a concerted effort by the auto industry, however, to implant that “natural” belief in the public’s mind. Prior to the invention of the car, there were no clear-cut divisions between pedestrian and vehicular traffic in streets, and no traffic signals, because nothing moved faster than 10 miles per hour. On side streets, it was widely acceptable for children to play in the middle of streets when they were clear, and pedestrians crossed wherever it was convenient.

Around the time cars began to dominate cities, no respectable urbanite would want to be considered a “Jay”—1920s slang for a country bumpkin.

When cars were introduced, many weren’t capable of moving much faster than 10 miles per hour—if only because of the rough condition of most roads. But as roads improved, and the severity of higher-speed collisions increased, auto safety became an issue of extreme public concern. Around 1915, writes Peter Norton, America’s newspapers were filled with denunciations of “joy riders,” who selfishly careened around corners at high speed, disregarding the immemorial rules of unspoken courtesy between pedestrians and vehicles. The debate highlighted a class divide between wealthier car owners and the average citizen walking on foot.

The auto industry vigorously contested claims that auto collisions were always the driver’s fault. They intensively lobbied city and state governments to pass laws creating traffic signals that cleared intersections and legitimated higher speeds, as well as crosswalks that would restrict pedestrian movement. More important were its many public relations campaigns to educate the public that the road no longer belonged to the pedestrian. Norton writes that its rhetoric drew on the style and authority of industrial safety campaigns of the Progressive Era, which celebrated modern technology and the natural march of progress.

Walking anywhere was “permissible when traffic was horse-drawn,” but “today it is dangerous—conditions have changed,” read cards printed by the National Safety Council and distributed by Boy Scouts in 1921 in Grand Rapids, Michigan. Such material informed pedestrians crossing in the middle of the block that they were “Jay Walkers,” an effective class-based put-down. No respectable urbanite would want to be considered a “Jay”—1920s slang for a country bumpkin. Despite efforts to popularize a parallel name for careless drivers, none stuck as well as “jaywalker” did.

Perhaps the most effective propaganda for cars were their own cheapness, after the rise of the Ford assembly line and Model T. By 1930, car ownership had become a cornerstone of the American dream, and in the following decades, this utterly reshaped the landscape with massive interstates and vast suburbs. As cities rise again, increased traffic density has unearthed the question of giving preference to cars over everything else. Activists on both sides of the debate may revisit the tactics of the 1920s in their effort to envision a new “natural” state for streets.

Street Rivals: Jaywalking and the Invention of the Motor Age Street
By: Peter D. Norton
Technology and Culture, Vol. 48, No. 2 (Apr., 2007), pp. 331-359
The Johns Hopkins University Press and the Society for the History of Technology 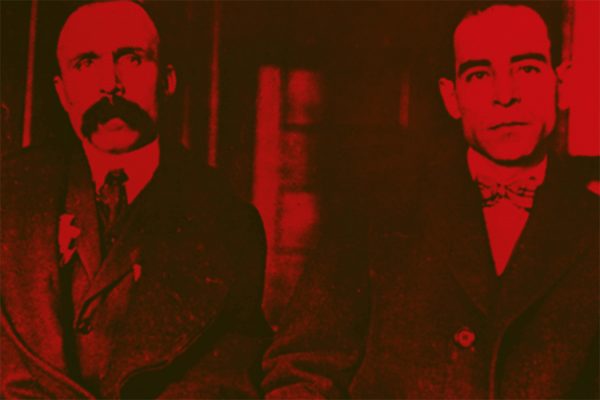