Japan has always been at the forefront of technological advancement; the nation has created innumerable fascinating (and adorable) creations to fit into gaps humans find hard to fill. A purring furry baby seal, Paro, has been used to soothe the elderly, who like nurturing it. Banryu, a personal guard dragon, “prowls the house smelling for smoke and looking for intruders.” Aibo, a robotic pet dog that burst on the scene at the turn of the century, sold over 100,000 units and took up a cherished place in some family homes. (After Sony shut down its last repair center in 2006, Aibo owners so grieved malfunctioning robots that they’d hold Aibo funerals.)

Noting the trend of human-robot attachment, in 2008, David Levy theorized a far more “intimate” attachment to robots was to come. Levy is quoted in Caitrin Nicol’s article for The New Atlantis: “…by the year 2050, people will be marrying robots.”

Enter Azuma Hikari. A blue-haired, chirpy, and coy hologram, Hikari appears in a small tube, skimpily clad, in a burst of sparkling pixels. She responds to basic commands, like Siri, but can also talk casually if you need her to. More than that, though, Hikari flirts, giggles, and is primarily designed to act as a romantic companion.

Hikari is significantly behind the 2008 prediction of the robot wife of the future, who “will look like movie stars, write symphonies better than Mozart, possess a ‘superhuman-like consciousness,’ converse with almost-infinite intelligence in any given language, demonstrate surpassing sensitivity to their owners’ every thought and need, and at a moment’s notice will be ‘in the mood.'”

In Japan, 60% of unmarried young adults aren’t in a relationship, and the work culture is notoriously intense.

Nonetheless, her creator isn’t done with her development, saying, “I actually want to make her into a person who understands her husband and will always be there to support him.”

Hikari isn’t alone. Bloomberg reports, “Elsewhere in the sphere, a Pokemon Go-like smartphone game, developed by Tokyo company Voltage, sees players of either sex able to take digital lovers on dates anywhere in the world. Yet another uses virtual reality to put a player in the role of a woman who has been captured by a handsome rich man, to explore themes of dominance and submission.”

Other countries are equally as capable of creating Hikaris, yet Japan seems more invested in its artificial love industry, with good reason. 60% of unmarried young adults aren’t in a relationship, and the work culture is notoriously intense. With such high career demands, and dismal dating odds, Japanese youth can struggle to find companionship.

Japan’s young adults aren’t just finding it harder to find partners—they’re pickier about who they choose. Citing statistics from the National Institute of Population and Social Security Research, The Wall Street Journal reports that in Japan, there is “a rising percentage of men and women saying they’re content with never marrying, and more people now say they haven’t married because they have trouble getting along with the opposite sex.”

Nicol notes that robot creations have often reflected more about their creators. “Just as a portrait might inadvertently give away the painter’s own weaknesses or preoccupations, humanoid robots seemed to reflect something unintended about their designers. A shy designer might make a robot that’s particularly bashful; a designer with physical ailments might focus on the function—touch, vision, speech, ambulation— that gives the robot builder the greatest trouble.”

Japan’s robot wives may partly be an inevitable experiment as we take robots into our lives as our entertainers, security guards, personal assistants, and pets. But they may also be a stark reflection of the state of the nation itself.

Till Malfunction Do Us Part: Predictions of Robotic Intimacy
By: Caitrin Nicol
The New Atlantis, No. 19 (Winter 2008), pp. 125-131
Center for the Study of Technology and Society 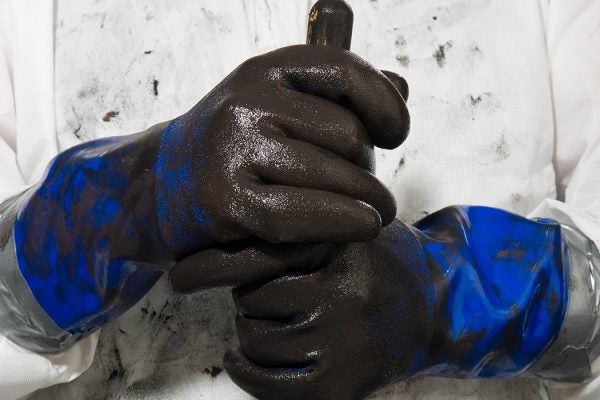 From oil spills to nuclear waste, humans are good at making epic messes. Sometimes we come up with clean up ideas and sometimes we neglect repairs entirely.