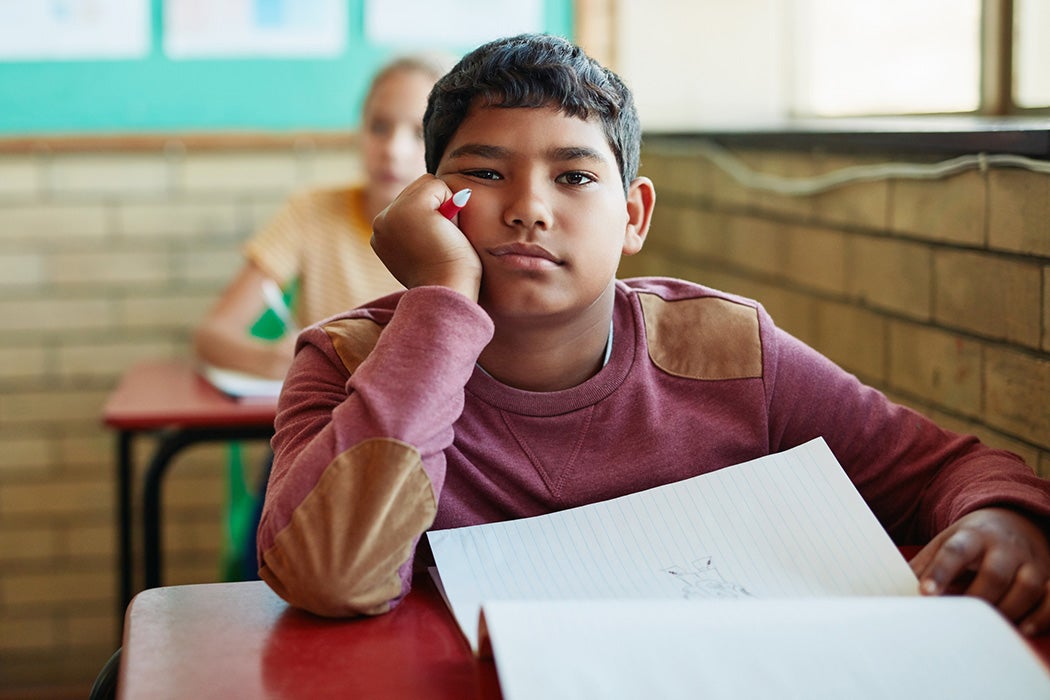 Students across the country have begun to return to school for distance learning. Among concerns about equity and access to technology, flexibility to move to in-person instruction, and the toll on working parents, schools also face decisions about how, if at all, to diverge from standard grading practices. In the spring, many districts have opted to eliminate grades for the portion of the year students completed remotely. Other districts have either offered a pass-fail option or instituted it across the board. The thinking is that, given the reality of the coronavirus pandemic, there are too many external factors that are impossible to monitor, control, or remediate for a grading system to function fairly.

Because distance learning was rolled out quickly, often with little preparation, there are few checks to guarantee the integrity of individual assessments: without high confidence that students are doing their own work, what weight can any of the work students submit actually hold? Even more significantly, some students don’t have access to broadband internet. Others have internet access but share a device with several family members. Even in circumstances where districts have sought to address issues of access to technology and internet, equity remains a problem. Some students have a parent who can assist with assignments; others are hiring private tutors at rates of hundreds of dollars an hour; others still are doing their best to complete school work independently, sometimes facing economic uncertainty or food insecurity.

But the problems that coronavirus and the resulting months of isolation have brought to light predate the pandemic. And these issues will remain unresolved after students have returned to whatever the new “normal” of public schooling looks like. Is the aim of grading to measure? To reward? To assess? What method or methods best allow teachers to achieve that aim? How objective can teachers be, especially in these conditions? Should students be graded against a set standard or in comparison to one another?

The accuracy, ethics, purpose, and nature of grades in American secondary education has been extensively debated by scholars since at least the turn of the last century. Even something as commonplace as the A-through-F letter grading system was once a controversial departure from report cards showing precise number percentages. Those percentage-based grades had replaced narrative comments and what we’d now call standards-based grading, or universal (within a district or school) benchmarks students were expected to demonstrate having achieved—rather than an average of scores on specific assessments.

The role grades play in motivating students and their necessity as part of the college admissions process are both questionable.

Standards-based grading and adding narrative comments to letter grades have both gained traction in recent years. But a more progressive argument can be made for eliminating grades, or at least grades as we understand them, in secondary education. Despite long-held assumptions about the inextricability of assessing student work and assigning grades, the role grades play in motivating students and their necessity as part of the college admissions process are both questionable.

Educators like Irvin Peckham and Alfie Kohn offer compelling evidence for higher quality student work and more meaningful opportunities for instruction when grades are either eliminated or nearly unrecognizable as grades. They suggest that being explicit about what defines “grading” makes it easier to understand the argument for eliminating grades beyond the current necessity to do so during remote learning. Does “grading” mean assessing? Measuring? Reporting? Are narrative comments a kind of grade? In Kohn’s 2013 article “The Case Against Grades,” he argues that even standards-based grades or rubrics, in which descriptors replace letter grades, are still a type of grading. His argument against grades is an argument in favor of radical trust in educators.

In “Beyond Grades,” Peckham lays out an argument against traditional grading, using the success of alternative methods of assessment and feedback with his college writing students as evidence. Although his methods are in some ways specific both to writing and to older students (he notes both that evaluating writing itself is an inherently subjective act and that as his students mature they seem to depend less on grades), “[c]ollecting information doesn’t require tests and sharing information doesn’t require grades.”

Peckham goes so far as to argue that traditional grading practices limit student achievement, a claim echoed by Susan Brookhart and her team in “A Century of Grading Research” through data on the impact on graduation rates of traditional grades for at-risk students in three specific ways: there is an inverse relationship between GPA and drop-out rates; failing a core course in sixth grade is highly predictive of eventual high-school drop-out; and, failing a core class in ninth grade “places a student off-track” for graduation. If one of the central aims of schooling, Peckham argues, is truly to educate the masses, it’s paramount that teaching practices be designed to reach the greatest number of students. Traditional grading, particularly of writing, often serves to extinguish the natural hope and curiosity that “weaker” students bring to class at the beginning of the term.

In contrast to the widely accepted belief that grades are necessary “carrots” that motivate students to work, he proposes that some students—particularly the most vulnerable—are more likely to take intellectual risks and remain engaged when he’s not grading each individual assignment. The classroom just works better for them when they’re instead engaged in a semester-long conversation about writing.

The problem, as Peckham sees it, is inseparable from America’s consumer capitalist economic system, oriented toward extrinsic rewards while offering little social safety net. For Peckham, the problem of extrinsic motivation can be addressed by undoing the way students—particularly C and D students—have been socialized to view school’s rewards as entirely tied to grades. “What they need,” he argues, “are the right conditions that will encourage labor and learning through intrinsic rewards.” Peckham wants his students to take risks and to see writing as a skill with a purpose beyond the classroom. Those conditions, Peckham argues, are possible.

Peckham has found his students more willing to engage with his feedback on individual assignments when the comments are not overshadowed by a letter grade.

In his own classrooms, Peckham has moved toward narrative comments and conferences to provide student feedback. He has found his students more willing to engage with his feedback on individual assignments when the comments are not overshadowed by a letter grade. Instead, he focuses on three specific non-grade means of motivation: “learning how to write better in order to get along better in a literate culture, learning how to use text as a mediating agent between self and others, and learning how to realize oneself through text.” When students are motivated in these ways, rather by the traditional carrot of grades, Peckham’s class comes to feel collaborative: “I can join the conversation.”

At the outset of his classes, he explains that he will comment on individual writing assignments “as a reader,” saying what he liked and didn’t like about the writing and offering suggestions for improvement in the future. Midway through his course, he emails students with an approximate grade, taking into consideration not only the student work itself (as is the expectation with most current standards-based grading paradigms), but also participation and attendance. At the end of the term, Peckham does give his students grades, but only because he has to, as part of an institution that gives grades. He admits his grades are subjective, though, he maintains, no more so than a grade determined from several individually graded assignments. The scale, which he lays out for students, is this:

Like Peckham, Kohn argues that grades “diminish student interest” and “create a preference for the easiest possible work” and ultimately “reduce the quality of student thinking.” Kohn advocates for assessment being done “carefully and sparingly” and urges a distinction between our perceived need to “measure” student work—something that’s often impossible—and the importance of “assessing” student work.

Unlike Peckham, Kohn sees reform that works within the assumption that schools must grade students as inadequate. Instead, he advocates for replacing grades with “qualitative summaries of student progress offered in writing or part of a conversation.” Acknowledging administrative and even legal hurdles to eliminating grades, he argues that these hurdles ultimately stand on widespread misconceptions: narrative feedback being less objective, and the necessity of grades for college admissions, for example. Kohn suggests that individual “teachers can mitigate considerable harm by replacing grades with authentic assessment” and that “students can be invited to participate in [the grading] process either as a negotiation… or simply by permitting students to grade themselves.”

Both Peckham and Kohn deal directly with student responses to unorthodox grading methods. In response to his unorthodox grading methods, students in Peckham’s class often wonder if grades, rather than being a motivator, might be a “demotivator,” with students doing only enough to achieve a desired grade. They note that eliminating grades on individual essays has made them more willing to engage with the narrative feedback. In one of his case studies, Kohn quotes students who say school was “easier with grades,” and that a focus like Kohn’s on self-assessment leads to more in-depth conversations about learning.

Although it is Kohn whose study focuses on secondary education, in some ways, Peckham’s methods seem more replicable: after all, in what he sees as an inevitable concession to the institutional requirements for grades, he does assign letter grades to his students at the end of the term. What neither Kohn nor Peckham address is the political unpalatability of eliminating grades entirely, particularly at a time when more universities have made standardized testing optional.

Decentering grades may feel impossible in a climate where teachers are not given autonomy and respect by the institutions that employ them. Although all grading is subjective, and studies attempting to quantify fairness of grading practices show no more objectivity with letter or number grades than with narrative comments or standards-based grades, doing away with the symbols students, parents, and teachers are used to is at odds with the status quo in most school districts. Changing that dynamic could have positive ramifications far beyond the role that grading plays in secondary education. 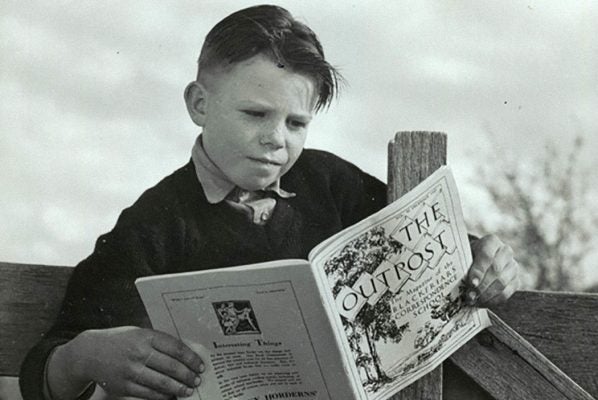