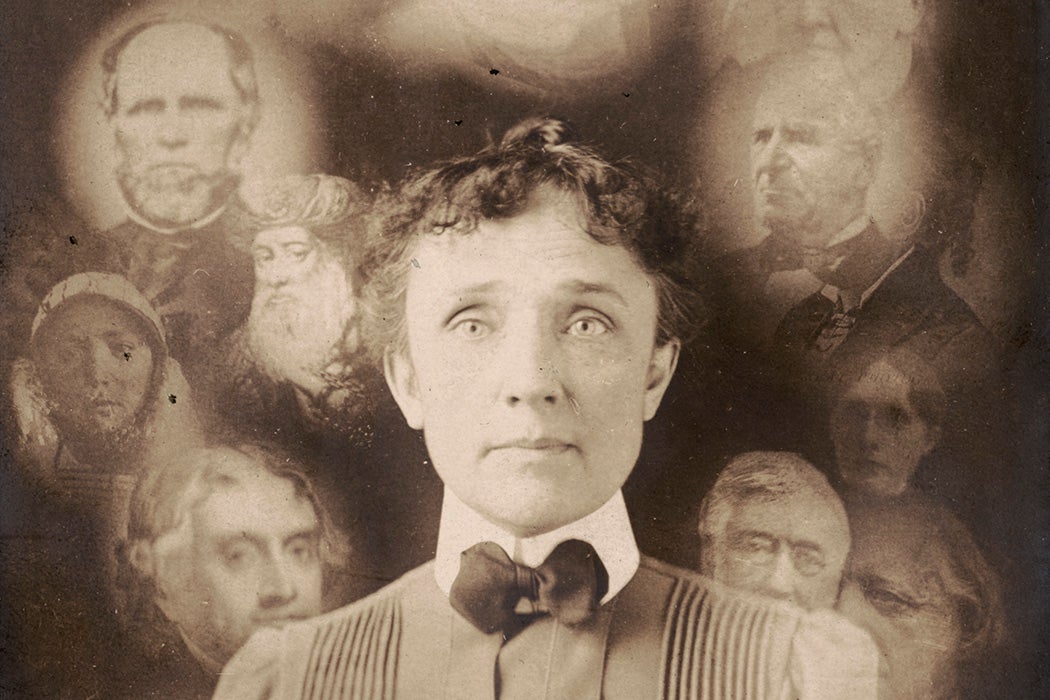 What is heaven like, and how can we know for sure? As scientific and technological ways of looking at the world became more central during the Victorian era, that question was on many people’s minds. And, as English scholar Jen Cadwallader explains, spirit photography provided answers.

Not long after the invention of photography, spirit photographers emerged in the US and England, promising to provide proof of visitations by the recently departed. Spirit photographs followed a consistent format, with the mourning relative seated in the center of the frame and the spirit or spirits of the departed looking on from the side. In reality, photographers created the ghostly images using tricky methods, like glass plates previously prepared with images of the deceased, but many Victorians were willing to believe in them.

“It serves as a stage where Victorians could plot out a reassuring version of the afterlife, particularly in an age of eroding faith.”

These photographs were related to other forms of spiritualism, like spirit rappings, often heard and interpreted by girls and women, which also became popular in the nineteenth century.

“It serves as a stage where Victorians could plot out a reassuring version of the afterlife, particularly in an age of eroding faith,” Cadwallader writes, adding that spirit photography also addressed the era’s debates about the nature of the soul.

One perspective held that individual identity exists only during humans’ time on Earth. Immortal souls were all identical. William Newnham, a physician who was skeptical of the promise of spiritualism, wrote in 1830 that “it is absurd to suppose, that there are souls of different kinds,” and that it was only moral bodies that produced “peculiarity of manner, odd habits, whim, ill-humour, or eccentricity.” Or, as a character in Elizabeth Stuart Phelps’s 1868 spiritualist novel The Gates Ajar put it, “I always supposed…that you just floated round in heaven—you know—all together—something like ju-jube paste!”

Spirit photography promised proof to the contrary. It depicted spirits with discrete forms, recognizable to their relatives. And the simple fact that the spirits showed themselves proved that they were capable of individual choice and remained emotionally connected with their earthly loved ones.

More than that, Cadwallader writes, the photographs suggested a heavenly existence that was comfortably similar to mortal life. Ghosts appeared in fashionable hairstyles and clothing. Some held wreaths of flowers, or even, in at least one case, a potted plant.

From these glimpses into the afterlife, mourners could construct an image of a heaven featuring houses, cities, and all the familiar trappings of life on Earth. That was also the message of Phelps’s novels, which presented heaven as Earth minus sin, death, or any trace of negativity. And, according to spirit photographers and their clients, spirits in photographs were never vengeful or sad, only loving and compassionate.

Cadwallader writes that the new technology of photography didn’t just convey the idea that heaven existed in a material form humans could comprehend. It also fit into the spiritualist idea that “the divine and the afterlife can be broken down and systematically understood through physical signs.” In societies increasingly focused on science and material matters, that may have been the only path to spiritual reassurance for many people. 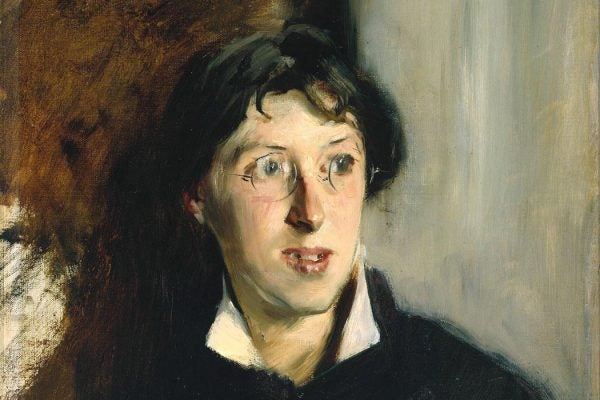 Vernon Lee was a widely-read writer of 19th-century ghost stories, called the "cleverest woman in Europe." Her life story was pretty fascinating, too.