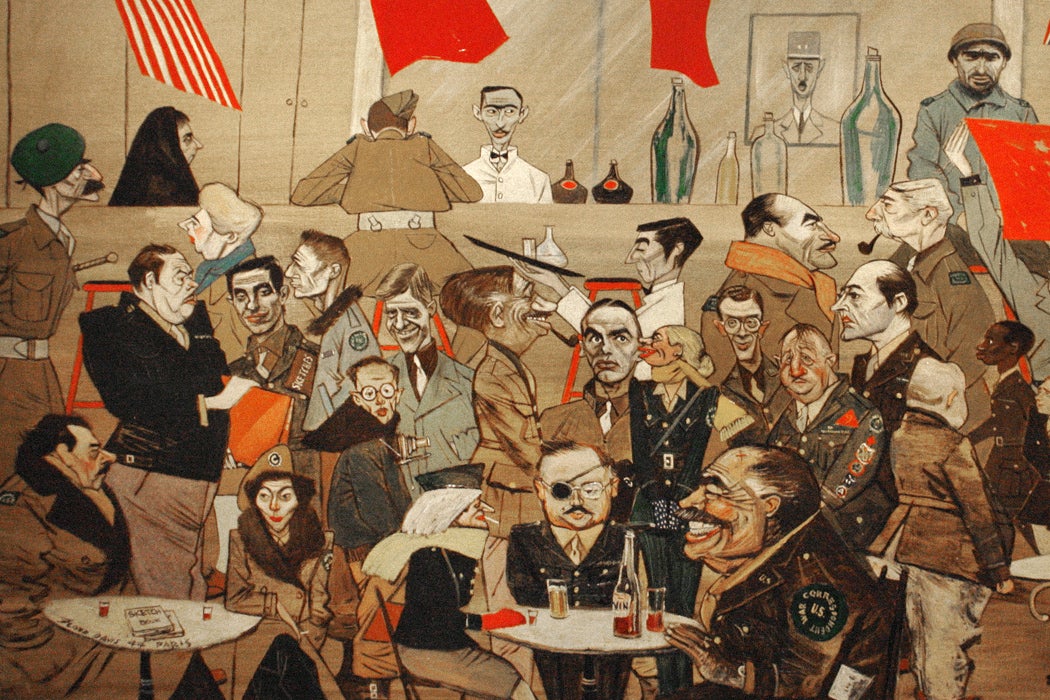 Bar in Hotel Scribe by Floyd MacMillan Davis. In Paris in 1944, the bar at the city's Hotel Scribe became a favorite haunt for journalists. Janet Flanner is seated at a table (lower center).
via Flickr
By: Matthew Wills
2 minutes
Share Tweet Email Print

Janet Flanner, part of that famous group of ex-pats in Paris that included Ernest Hemingway and Gertrude Stein, was a significant journalist in her own right, though she once described herself as “a high-class gossip columnist.” She served as the New Yorker’s Paris correspondent until 1975, writing her “Paris Letters” under the pen name Genêt. But her years between the two World Wars were her most definitive, argues English professor and novelist Lindsay Starck, and had more cultural significance than a mere gossip column. Starck writes that Flanner’s “high class gossip” worked to “solidify Americans’ feelings of cultural, economic, and political superiority over the European continent.”

Starck says Flanner’s “ironic, sharp, and witty observations, juxtaposing French and American culture helped to set the tone for Franco-American relations between the war years” for the “culturally elite readership” of the New Yorker. “She approaches economic crises, new artistic productions, and fancy weddings with the same cool distance. Nothing is serious; everything is ironic, clever, sophisticated.”

At the birth of the New Yorker, Flanner’s letters helped shape the magazine’s distinctive voice. Starck quotes Ben Yagoda’s history of the magazine, where he credits Flanner with doing “as much as anyone” to establish essay-journalism as a tradition. Yagoda defined the New Yorker brand of sophistication as “knowing, a trifle world-weary, prone to self-consciousness and irony, scornful of conventional wisdom or morality, resistant to enthusiasm or wholehearted commitment of any kind, and incapable of being shocked.” This was also a good description of the tone Flanner developed as Genêt.

Flanner helped to foster in her readers a sense of superiority, treating all of Paris (tourists, European elites, the French themselves) with the “same gentle disdain,” writes Starck. She quotes Flanner’s February 1932 Paris Letter: “For if this is a moment of crises in disarmament, it is also a moment of crises in dress.”

Flanner was writing these words in a Europe devastated by World War I. America was rushing in to fill both the cultural, economic, and political gaps left in the ruins. After decades of taking their cues for literature, fashion, music, painting, and cuisine from Europe, Americans were starting to define things. “A new American confidence and consciousness” was nurtured by Flanner’s arch letters from the cultural capital of the world.

Flanner left Paris in late 1939. Once Paris was occupied by the Nazis in June 1940, Flanner’s ironic stance of neutrality went by the wayside. She had already given a hint of the keener journalistic skills she possessed in her mid-thirties exploration of the rise of Hitler. Her World War II reporting would have a sincerity and toughness to it, as well as a genuine affection for the Parisians she’d been so frivolous about in the past. Perhaps nothing concentrates the mind like an occupation. 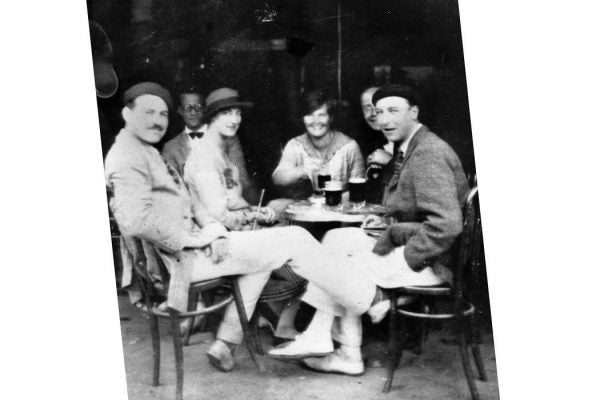