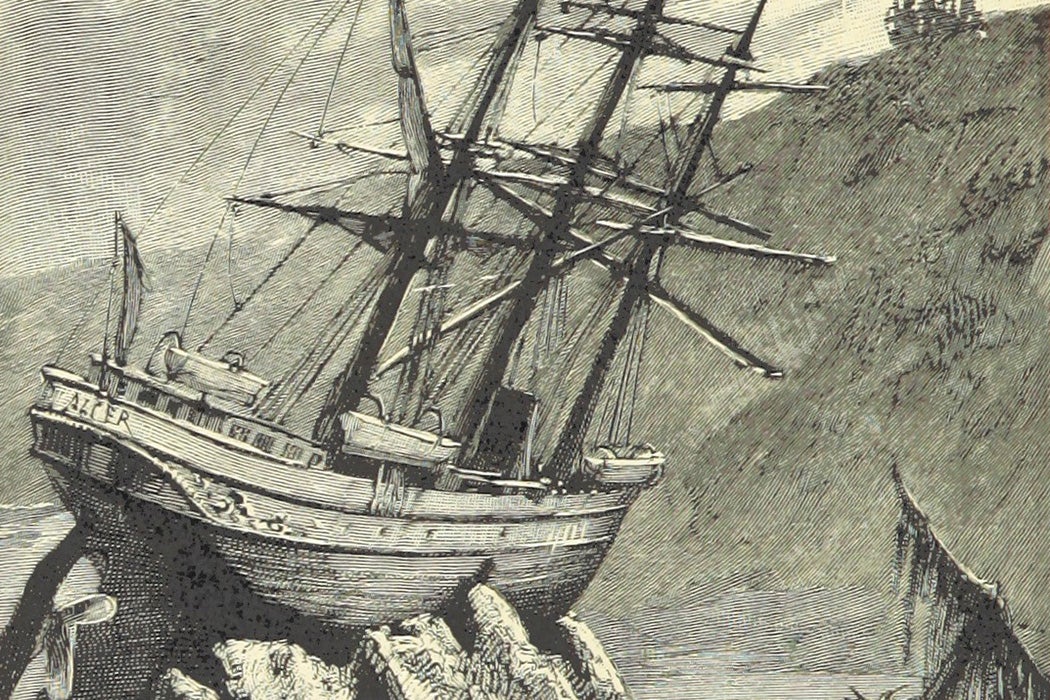 For a few decades in the late nineteenth and early twentieth centuries, authors from across ideologies and genres published stories that today would be called “cli-fi,” or climate fiction. French author Jules Verne, best known for popular adventure stories like Around the World in 80 Days and Twenty Thousand Leagues Under the Sea, penned a novel in 1889 called Sans Dessus Dessous about capitalists intentionally heating the Arctic to extract coal reserves. Mark Twain included a subplot of selling warm climates in his 1892 novel The American Claimant. Recently, literary scholar Steve Asselin reexamined these and dozens of other early cli-fi stories, finding several disquieting themes relevant to how we think about modern-day climate change.

In several stories…the hapless or maniacal protagonists succeed in adjusting Earth’s climate, only to reckon with unexpected (and often catastrophic) ripple effects on society.

In one thread, writes Asselin, satirical writings like Twain’s and Verne’s use the idea of humankind changing the climate as an over-the-top example of man’s hubris. That, of course, resembles the arguments of some of today’s climate change deniers, who also mock the scientific consensus that industrial greenhouse gas emissions are causing modern warming as “arrogant.”

Another major theme explores unintended consequences. According to Asselin, in several stories (such as Louis P. Gratacap’s The Evacuation of England: The Twist in the Gulf Stream and George Griffith’s A Corner in Lightning) the hapless or maniacal protagonists succeed in adjusting Earth’s climate, only to reckon with unexpected (and often catastrophic) ripple effects on society. These warnings gain new meaning today with proposals for geoengineering, or intentionally manipulating the climate to slow or reverse global warming, as a serious prospect for future climate policy. The prospect of passing climate “tipping points,” or thresholds that make major changes accelerate or very difficult to reverse, is a scientific concern as well as a popular plotline for modern cli-fi stories, such as the 2004 movie The Day after Tomorrow.

Asselin concludes with a focus on how cli-fi writers analyzed the political implications of changing the climate. Several anticapitalist authors wanted to expose the dangers of what they saw as the logical conclusion of market-driven hubris: selling the air and climate itself. Even authors without an overt political agenda tended to incorporate geopolitical commentary. The resulting global inequities from these fictional climate marketing schemes sound eerily familiar today. In Verne’s novel, the profit-driven climate meddling directly causes “many populations and nations [to] be wiped out, signaling the utter disregard of industry for the consequences of its actions,” Asselin notes. “Wealthy nations, in turn, appear willing to tolerate the disaster so long as it only affects indigenous and other non-western populations.” For Western observers fearful of socialism, these stories directly link “climate policy [to] a loss of individual and national freedom,” which parallel modern conservatives’ worst suspicions about climate action.

The cli-fi of more than 100 years ago in many ways predicted the dilemmas we face today. Hopefully, the dystopian or apocalyptic plotlines of most twenty-first century cli-fi don’t similarly foretell what’s in store for society a century from now.