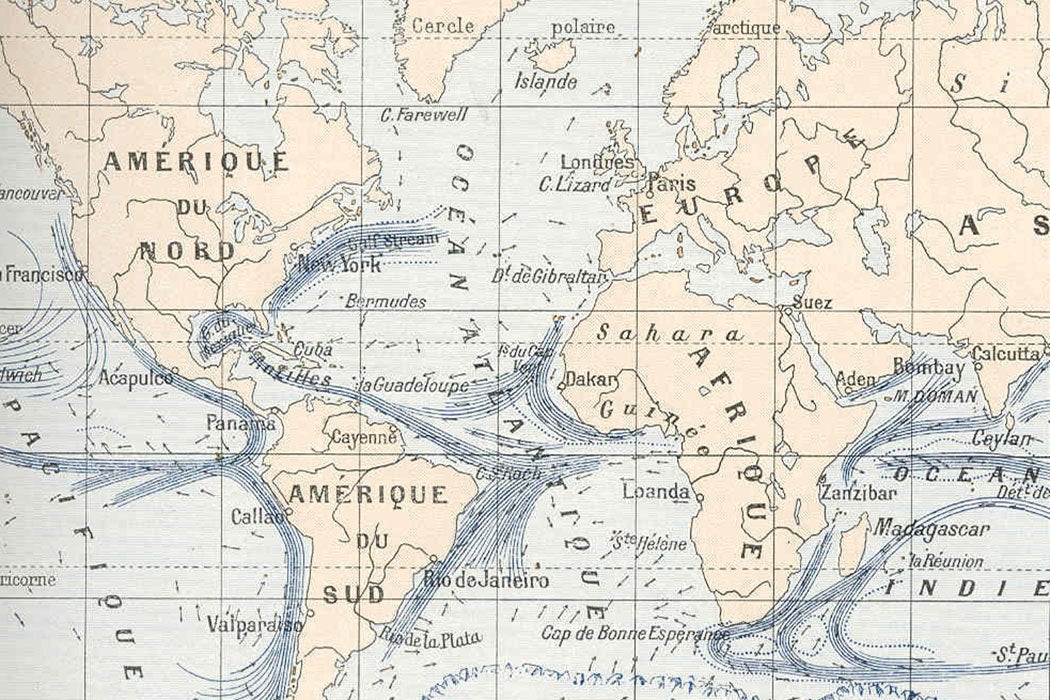 A major but often-underestimated factor in Earth’s climate is the influence of ocean currents. Most climate models assume relative stability in the major current systems. But according to some analyses, currents may not be so stable, increasing the potential impacts of climate change.

Currents do not directly heat or cool the Earth, but they do move heat around. Consider the Atlantic Meridional Overturning Circulation, part of the global overturning circulation. Here’s a simplified explanation: The sun hits the ocean most directly in the tropics, warming the upper waters of the ocean. Cold water is denser than warm water, as it has less thermal expansion. Eventually, the water becomes cold and dense enough to begin sinking. That sinking water mass pulls the warm surface water North from the tropics, creating the Gulf Stream.

There’s no way to say whether the ocean currents system is truly at risk, and impacts won’t manifest overnight.

Eventually, the cold water sinks deep enough (2,000-3,000 meters) that it is no longer colder than the surrounding water and begins to flow south. That water can remain at depths for an extremely long time before eventually returning to the surface in an upwelling zone, making a gap for the deepwater to rise. The entire process, called the thermohaline circulation, moves water and energy globally. It’s often referred to as a conveyor, with good reason.

What would happen without it? Western Europe and parts of Eastern Canada owe their relatively mild climates to the moderating influence of the Gulf Stream. Without these currents parts of the North will get a lot cooler and the tropics will get even warmer, with more rainfall.

The extent of the human impact on the thermohaline circulation is unclear. Climate change is melting ice on land, adding a lot more freshwater to the North Atlantic. This freshwater mixes with the cold ocean water, reducing its density (since saltwater is denser than fresh) and its tendency to sink, slowing or even stopping the conveyor. Indeed, some slowing in the Gulf Stream has been observed. Other researchers, however, believe the impact of freshwater discharge has been greatly exaggerated.

That said, dramatic shifts in currents and climate have happened in the past. Freshwater melt builds up over time, eventually reaching a tipping point, so Atlantic Meridional Overturning Circulation might not stop until after 200 years of buildup. Fortunately for us, interchange of water between the Atlantic and Pacific through the Bering Strait seems to prevent abrupt climate-shift events.

It’s likely that it will take more than just increased freshwater flow to shut down a system as massive as the thermohaline circulation. However, if it does happen, the impacts of climate change will be even more dramatic. There’s no way to say whether the system is truly at risk, and impacts won’t manifest overnight. But maybe we shouldn’t risk it. 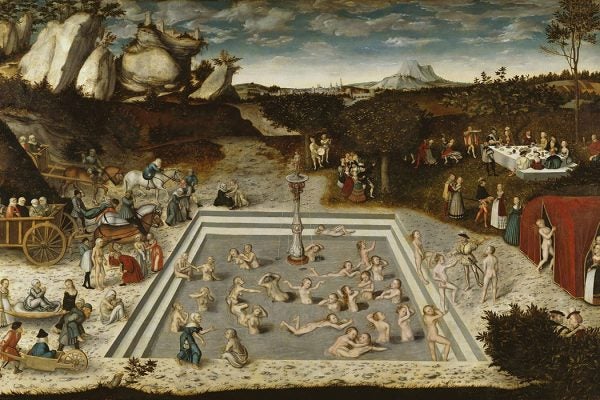