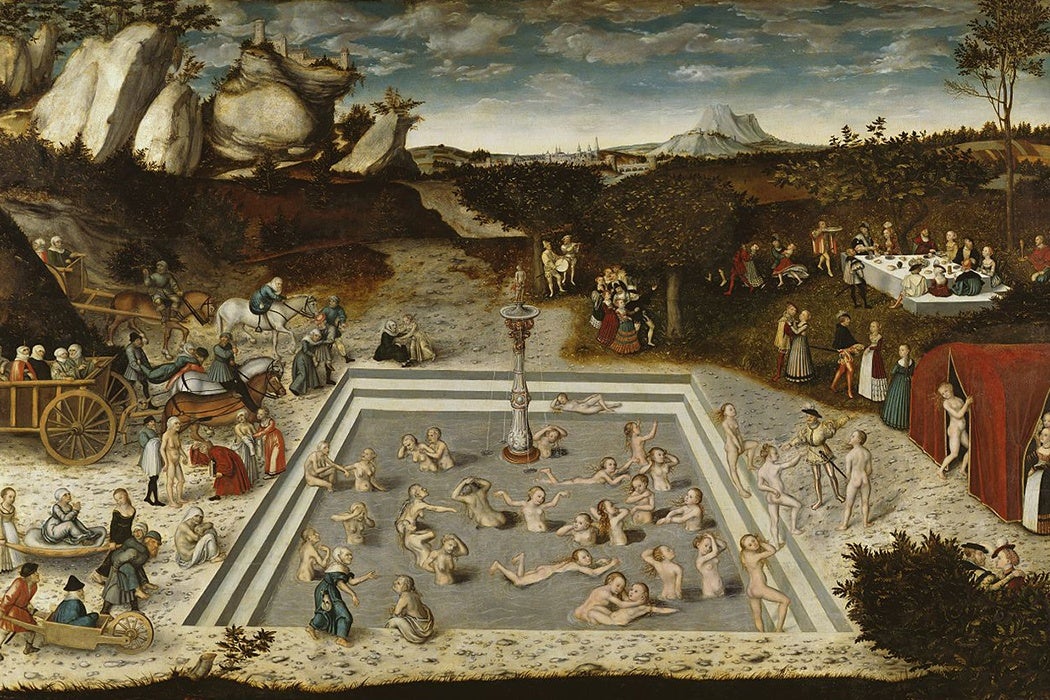 The Fountain of Youth by Lucas Cranach the Elder (1546)
via Wikimedia Commons
By: Farah Mohammed
3 minutes
Share Tweet Email Print

We’ve long been fascinated with the ideas of immortality and eternal youth. Around 220 BCE, Emperor Shihuangdi searched for the elixir of life. Juan Ponce de León searched for the Fountain of Youth in the 1500s, and in 1890, Oscar Wilde’s Dorian Gray sold his soul for a perpetually pretty face. The Methuselah Mouse Prize, an award granted to teams that engineer older and healthier mice, took the fantasy out of our myths and put it into our laboratories.

The provider, Jesse Karmazin, based the idea on a study that suggested aging in mice could be reversed, after old mice that were given blood from young ones for four weeks showed changes in hallmark signs of getting older. Participants can pay for an infusion of young people’s blood and plasma in the hopes it’ll rejuvenate their own systems. The study itself is unreliable, the treatment unproven, and the cost to clients is astronomical. Karmazin himself isn’t a medical professional, but an entrepreneur who sees anti-aging research as a market opportunity. The business has the potential to garner $4.8 million.

Anti-aging technology isn’t limited to groundbreaking medicine. It lines pharmacies and makeup counters. Wrinkle creams, skin repair formulas, vitamins, Viagra; these are small but concrete examples of the money poured into researching, packaging, and selling youth. Our aversion to aging has enabled the commercialization of immortality, despite its impossibility.

Given our current enthusiasm for staving it off, we may not realize age didn’t always terrify us, perhaps because we didn’t live long enough for it to.

Senectitude in 1481 originally meant old age; senescence was used in 1695 to mean growing old; and senile was used in 1661 to signify what was suited to old age. The term senility was used in 1791 to mean a state of being old or infirm due to old age. But by 1848 senile meant weakness, and by the late nineteenth century it indicated a pathological state. The term has taken on greater medical negative connotations ever since.

As our lives have grown longer, life span and health span have become crucially different. Although age brings benefits—families, wisdom, stability—the accompanying physical degeneration, and its correlating limitations, make us hyperfocused on old age as the signpost for the approaching end of life.

The fixation on defeating death has had the side effect of vilifying age. John A. Vincent writes, “science as culture misdirects the way in which old age is understood. Rather than valuing life in all its diversity, including its final phase, it leads to misguided devotion of resources to solving the problem of death. The focus on biological failure sets up a cultural construction of old age which leads to the low esteem in which it is currently held.”

Our desire for youth isn’t just a fear of dying; it’s the desire to keep a life worth living, and for us, that means immortality is not merely living to 150. It means living to 150, perpetually age 30. 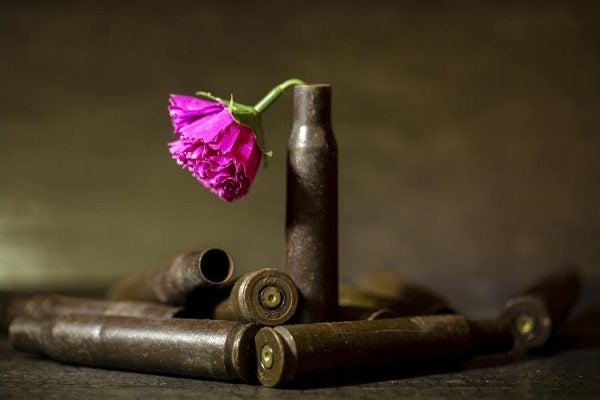 With all the human casualties of armed conflict, sometimes the environmental impacts go unnoticed. But the U.S. military has started to ...