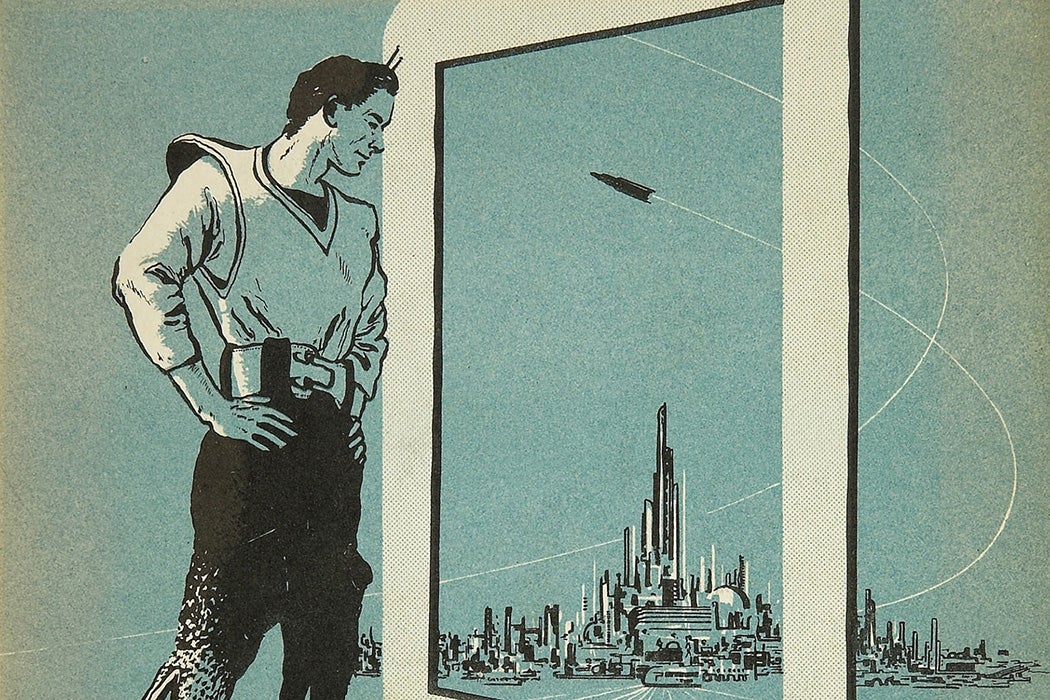 Science fiction is often a vehicle for social and political ideas, from celebrations of high-tech space colonialism to warnings about the misuse of technology. In the 1940s, English and technology scholar Andrew Pilsch writes, a utopian strain in science fiction fandom brought readers uncomfortably close to an alignment with fascism.

Pilsch writes that science fiction experienced a “superman boom” starting around 1939. This was driven largely by John W. Campbell Jr., editor of Astounding Stories. Campbell editorialized about the real-world possibilities of human enhancement. He also published many stories about super-human beings. Most notable among these was Slan, a novel by A.E. van Vogt. Amazing Stories serialized Slan in 1940—two years after Superman himself had debuted in Action Comics. In van Vogt’s story, the regular people of Earth persecute “slans,” genetically advanced humans.

The book gave the science fiction–reading community a new slogan: “fans are slans.”

Pilsch writes that some fans took this concept very seriously, imagining themselves as a group distinct from the rest of humanity. Among them were Al and Abby Lu Ashley, who proposed creating a “Slan Center”—a settlement as big as a city block, with homes, a library, and a space for publishing fanzines. Describing the concept, the Ashleys wrote that “Intellectually, fans far exceed the ordinary person.”

Dal Coger, a fan who was involved in the initial planning, explained later that “everyone had experienced the raised eyebrows of mundanes when you tried to discuss science fictional ideas with them. Slan Center would make it possible to be openly fannish any time we were away from work.”

While the Slan Center never became reality, the Ashleys did found an eight-room fan house in 1943. Those who moved into the Ashleys’ “Slan Shack” included fan artist Jack Wiedenbeck, fanzine publisher Walt Liebscher, and science fiction writer E.E. “Doc” Smith. Other fan houses popped up, including Tendril House in Los Angeles, the Ivory Birdbath in Massachusetts, and the Futurian Fortress in New York.

Meanwhile, van Vogt moved on from slans. In his novel The World of Null-A, serialized in Astounding Stories in 1945, the author described human advancement based not in genetics but in technology that could be made available to anyone. While this was a more egalitarian vision, Pilsch writes, stories about superior humans “cannot help but evoke images of a quasi-fascist master race.”

At a time when that vision connected with increasingly scary real-world events, a fan named Claude Degler entered the science fiction community. Around the time the Ashleys founded the Slan Shack, Degler was traveling from city to city, attempting to organize something called “The Cosmic Circle” and advocating communities where the children of fans could become the start of a genetically superior “Homo Cosmens.”

While some of his ideas were not far from the fandom mainstream, Degler’s explicit eugenics—combined with some interpersonal conflicts—not only got him banned from much of the science fiction community but led many fans to back away from their dreams of a slan-led utopia. 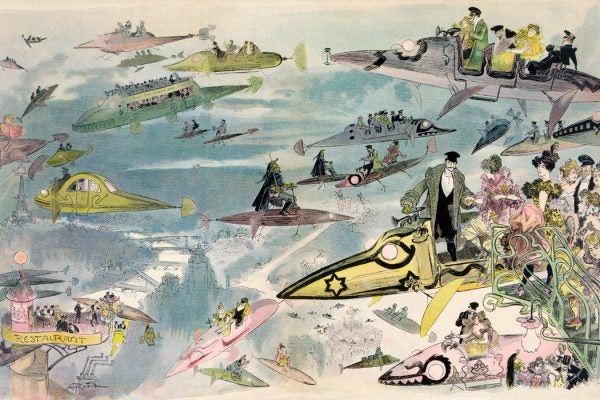 Can Science Fiction Predict the Future of Technology?