Why are Dystopian Films on the Rise Again?

The recent uptick in dystopian films and post-apocalpytic scenarios seems more urgent and more extreme than it has in the past. 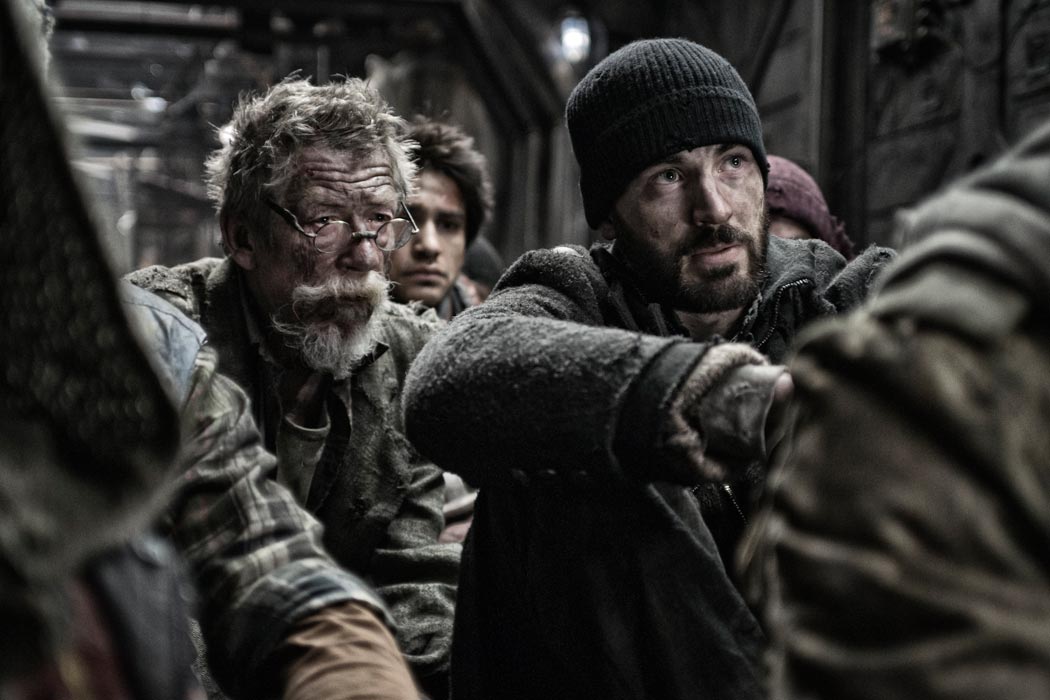 This month, Mockingjay, the third film in the immensely successful Hunger Games series, will be released. Divergent, another dystopian film franchise with a young female heroine, came out in March. The cinematic dystopia is hardly a new genre, but there seems to be a curious increase in the number and popularity of such films lately. The summer of 2014 alone saw three dystopian fables enter movie theaters, each keyed to a different demographic. The most artful of these was Snowpiercer, which fed liberal pieties about class equality while sounding a now familiar alarm about climate change.

The cinema has long been drawn to science fiction and the challenge of visualizing the unimaginable. Yet the recent uptick in dystopian and post-apocalyptic scenarios seems more urgent and more extreme. Many of these films, including Snowpiercer, are concerned with environmental apocalypse, or they unfold in the aftermath. Yet they offer no solutions and little consolation.

Why, then, do we shell out 12, 13, 14 dollars for films that seem designed only to frighten and depress us? What species of entertainment, much less relief, do these nightmare scenarios offer?

Ostensibly set in the future, the post-apocalyptic mode can function as a window on the present.

One explanation is that these films allow us to reflect on the harsh realities of our present moment, on conditions that are difficult to confront head-on. Though ostensibly set in the future, the post-apocalyptic mode can function as a window on, and critique of, the present, as Fredric Jameson has argued in his study of science fiction and utopian fiction, Archaeologies of the Future.

The repercussions of climate change, and our present apathy and inaction in the face of it, is obviously a concern of Snowpiercer from director Bong Joon-ho. The film is based on a 1982 graphic novel by Jacques Lob called Le Transperceniege, which is startlingly prescient about climate change, albeit in the direction of an elegant ice age rather than a humid melting. Snowpiercer retrofits Lob’s frozen apocalypse to our current moment, presenting it as the unintended side effect of human geo-engineering. Chemicals released into the atmosphere to cool our warming planet perform too well, rendering Earth an uninhabitable snowball. The only known survivors are inhabitants of a fast-moving bullet train, a functionally contained ecosystem that circles the frozen earth on a continuous loop, not daring to stop for fear of coming to a frozen standstill.

Snowpiercer does not depict the original disaster directly. Like many films in this genre, it expends creative energy imagining the social dystopia that follows the apocalypse. Here especially, a critique of the present is evident in the post–Occupy Wall Street politics of the film. The train in Snowpiercer is split into two. The lower class is packed into the train’s cloacal rear, while the elite inhabit retro-futuristic Art Deco cabins at the train’s front end, each devoted to a different luxury—sushi, sauna, the recreational drug Kronole—denied the 99 percent. Money and power are concentrated in the hands of the despotic and inhumane, while the proletariat struggles in subhuman squalor, subject to arbitrary tortures and planning class revolt.

Despite its leftist political engagement, Snowpiercer still hews to some of the hoary genre conventions that Mick Broderick enumerates in his 1993 article about post-apocalyptic films from the ‘70s and ‘80s, “Surviving Armageddon: Beyond the Imagination of Disaster.” For example, the leader of Snowpiercer’s proletariat revolution, Curtis Everett (played by action star Chris Evans), is a Jesus figure, who also happens to be the tallest, sturdiest white guy in the rear. Meanwhile, the engineer of the train, Wilford (Ed Harris), perfectly fulfills the archetypal role of “mad scientist,” whose devotion to technological perfection is in lockstep with his immoral disregard for human life, an archetype that Susan Sontag discusses at length in her seminal article about science fiction films, “The Imagination of Disaster.”

While post-apocalyptic dystopias like Snowpiercer brandish their politics openly, the ideological stakes of other dystopian films can be trickier to isolate.

Even a cultural critic as astute as Sontag claimed that there was “absolutely no social criticism” in the disaster film (a forerunner to the contemporary post-apocalyptic dystopia). Broderick, on the other hand, argues that Sontag misses the point: the disaster films from the ‘50s and ‘60s are all allegories of the Cold War and nuclear armament. Indeed, Broderick goes on to argue that we can see a “discernible shift” from the films of the ’50s to the ’80s, that is, from “an imagination of disaster to one of survival.” In 1955, filmmakers were preoccupied with the spectacle of apocalypse (as in a film like Day the World Ended). But by 1985, a film like Mad Max 3: Beyond Thunderdome was much more concerned with the struggles of surviving in a post-apocalyptic dystopian society. Such movies, some critics have argued, ultimately suggest a conservative return to patriarchal structures, a “return to the land” and its moral values.

This claim provides some insight into the resurgence of political dystopias like The Hunger Games, Divergent, and The Giver—each starring a young actor, each based on a successful series of young adult novels. Unlike Snowpiercer, these young adult films are more classically dystopian in the vein of Orwell and Huxley. What to make of their popularity, in spite of their darkness and their blatant (if ultimately opaque) political allegories?

In the Guardian, Ewan Morrison argues that all three films advance a right-leaning political agenda, vilifying big government and glorifying libertarianism and the individual surviving in the woods, evading the power of an all-controlling government. Indeed, there is some validity to Morrison’s reading. The films reprise the anti-authoritarian sentiments that continue to make George Orwell’s Animal Farm and 1984 high school favorites, despite the eclipse of communism as a pressing threat. Yet as Morrison goes to admit, the teenage audience for these novels and films is primed to respond to stories of resistant individuals (a stand-in for oppressed teenagers) who combat and evade a pernicious authority (the parents or the school). Along these lines, Andrew O’Hehir suggests that the politics of The Hunger Games is “impossibly vague, as if designed to allow both left-wing anarchists and right-wing black-helicopter paranoids to sign on” with equal gusto.

If the politics of these new young adult dystopias fail to map concretely to any contemporary right–left divide, perhaps it is because the political schema of at least The Hunger Games in fact recodes a much older political structure. In her book Our Future Is Our Past: Corporate Medievalism in Dystopian Fiction, Amy S. Kaufman suggests that the novels update pre-colonial economics of land tenancy to our neo-Feudalist age of student loan and mortgage indebtedness. Kaufman points out that in The Hunger Games, state, church, and market are combined into one monolithic entity, much as divine right, monarchic authority, and the Bank of England combined to demand tithes and taxes from its underrepresented land tenants. Is it far-fetched to imagine Katniss, honing her battle skills in the wooded wilderness, as something of a reborn militia woman, a feminist hero grafted back into the mythology of the American revolution? Rough cunning, principled liberty, and a knack for publicity foment rebellion against an authoritarian Feudal regime. Perhaps it’s no wonder that The Hunger Games resonates both with recent students of textbook American history as well as Tea Party ideologues.

But what have the movies got to do with politics anyway? It is distinctly possible that the cinema is worrying over the end of the world because without civilization, there’s no box office. One irony of the post-apocalyptic mode is that, were the apocalypse actually to arrive, viewing these films would be an impossible luxury. The post-apocalyptic film thus functions something like an apotropaion, a totem warding off bad fortune by containing the catastrophe it represents. The hidden logic of spectatorship is this: if I possess the freedom and technological resources to enjoy such a film, then I cannot live in the dystopia depicted within it. Consider how infrequently the medium of film is pictured in these scenarios. (Rare is the post-apocalyptic world in which the electrical power grid survives intact, much less an internet connection with Apple TV.) When film technology does appear, it is often as a digitized medium of power, surveillance, and control—as in The Hunger Games, Minority Report,and The Matrix.

J. Hoberman argues (paywall) that film’s awareness of its own imminent obsolescence in the face of CGI, video games, and Internet memes is a key subtext of the 2008 Pixar release Wall-E. Every night, the trash-picking robot Wall-E returns to his bunker for the night, which he has turned into a kind of wunderkammer of curious artifacts rescued from the waste. His treat for the night is to watch an (analog) VHS tape of Hello, Dolly! on a projected screen rigged from a (digital) iPod and an old-school magnifying reader for print. This charming steampunk hybrid of old and older reminds us that every technology—however indispensable and vital-seeming today, like the iPod—will soon come to its own end. This is a striking fear for a billion-dollar industry founded on the use and circulation of one or two media.

In his classic 1967 study of apocalypse, The Sense of an Ending, Frank Kermode suggests that the failure of religious prophets to correctly predict the apocalypse led to a shift in how we apprehend this ancient mode. He writes, “although for us the End has perhaps lost its naïve imminence, its shadow still lies on the crises of our fictions; we may speak of it as immanent.” Do we already live in a post-apocalyptic age, in which consumer wasting and willing enslavement to our technologies is not imminent but immanent, that is, already arrived? While the world goes to waste for future generations (persons we can only apprehend in the imagined world of the post-apocalyptic film), we distract ourselves from disaster by watching it as entertainment on a lit screen in a darkened amphitheater.

The savviest of these post-apocalyptic films recognize that the ultimate marker of apocalypse is not some yet to be enacted marker of depravity, like cannibalism or environmental catastrophe. Rather, films like Wall-E, The Matrix, and David Croenenberg’s prescient films Videodrome and Existentz suggest that the end of civilization is within our sights—literally. The apocalypse lies in our mass addiction to the entertainment spectacle, an apathy-causing narcotic that cleverly implicates the very film delivering us the warning. The medium is indeed the message, and the message is, tune in or be tuned out. Which is no choice at all. 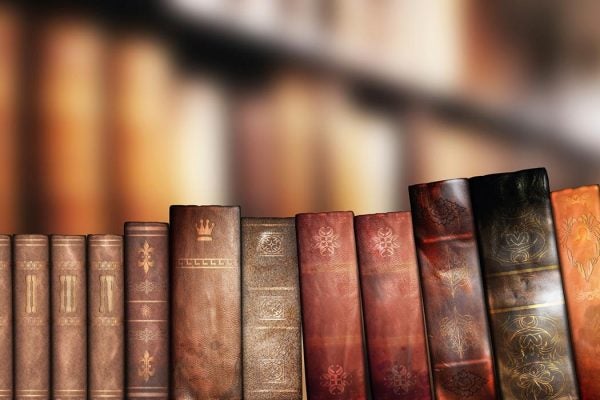