How Being Polite with Police Can Backfire

When it comes to interactions with the police, the law favors direct speech. But that’s not always the way we’re trained to speak to people in power. 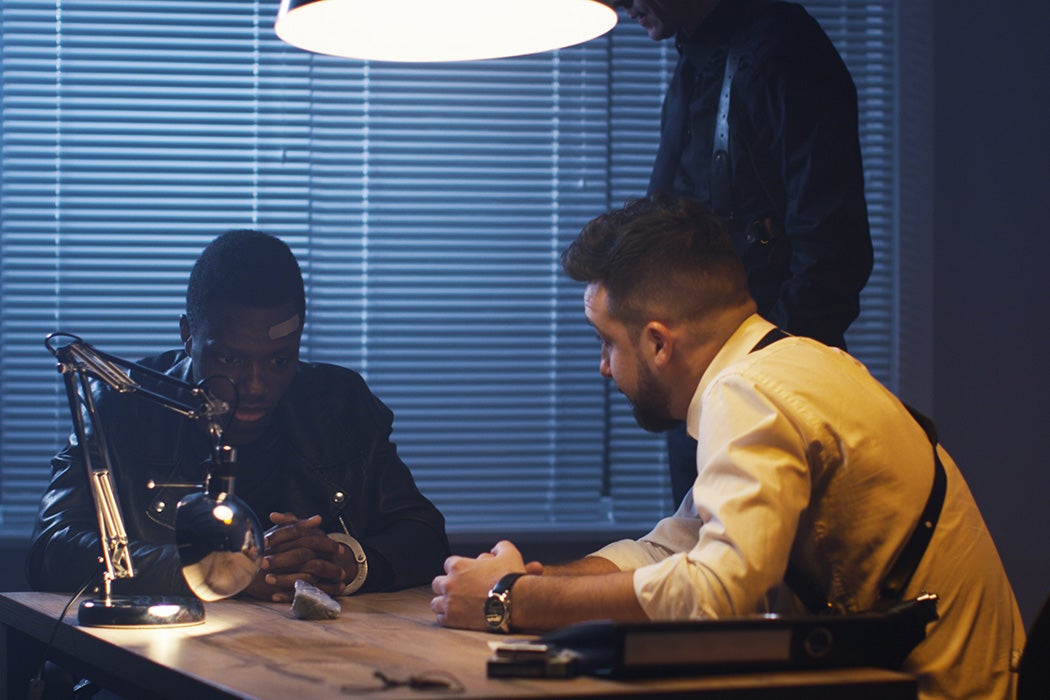 For years, communities of color have expressed trepidation and concern about what can happen during police interactions. The conviction of former officer Derek Chauvin for the murder of George Floyd in Minneapolis may come to mind as a step toward justice, yet some encounters that should be routine—like traffic stops—can still prove deadly, as with the police shooting of Daunte Wright, who died just a few miles from where Floyd did.

Former US Attorney General William Barr has argued that Americans should simply be deferential to police and show them “the respect and support that law enforcement deserves.” Barr has also suggested that no police orders should be ignored, even if they happen to be illegal, but that citizens should instead “comply first, and, if warranted, complain later.” Those in more privileged positions, who may not have had many fraught encounters with the police, might presume that being always polite and obedient would be the best way to avoid being arrested or, in the worst-case scenario, killed at the hands of police.

But when it comes to the kind of language we’re conditioned to use in the presence of the most powerful members of society, especially for more disadvantaged and marginalized groups, being polite may actually prevent us from exercising our civil liberties. Janet E. Ainsworth, in “In a Different Register: The Pragmatics of Powerlessness in Police Interrogation,” explores how using more polite, indirect ways of speaking may affect whether suspects can successfully invoke their Miranda rights under police interrogation.

Certain groups tend to use indirect speech more, including women and ethnic minorities and relatively powerless groups in society.

The question of how we do things with words in the eyes of the law is a complex subject, considering the ambiguities within polite language. In performative speech acts like a judge’s “I hereby sentence you to death” or a monarch’s “I dub thee Sir John,” it’s the very act of saying something in direct and unequivocal language that makes things happen: someone is actually sentenced to die, or someone gets knighted. Much of the language of the law favors this kind of direct and explicit, and somewhat formulaic, language to get things done, such as a lawyer’s common refrain “I object!” or a suspect’s “I invoke my right to counsel.”

But in many social situations that necessitate polite language, a lot of the ways we perform actions with words are with indirect speech. Because it’s not always explicit, this more ambiguous politeness can run the risk of being misinterpreted. For example, “What time is it getting to be?” said at a party might be a hint that someone wants to leave, without explicitly saying “I want us to leave now.” As Ainsworth points out, sociolinguistic research shows that certain groups tend to use indirect speech more, including women and ethnic minorities and relatively powerless groups in society, including many men. In interactions with police, linguistic markers of politeness are quite often used, such as lexical hedges (“I guess I should have a lawyer”), tag questions (“I should see a lawyer, shouldn’t I?”), modal verbs (“I might need a lawyer”), avoiding imperatives (“Would you call my lawyer?”), and rising intonation (or what’s popularly known as uptalk?).

Because of the seemingly gendered nature of this way of speaking, linguists such as Robin Lakoff have infamously claimed that these are markers of “women’s language.” For Lakoff, women who use this kind of indirect speech appear less certain and confident than those who use more direct, typically male speech patterns. Linguist William O’Barr (not to be confused with the former attorney general), after analyzing 150 hours of courtroom proceedings with testimony from both male and female participants, suggests that this “female” register of speech is actually more strongly correlated with powerlessness than with gender. It’s just that, according to O’Barr, women more often “occupy relatively powerless social positions” than men do.

What the sociolinguistic research tells us is that this kind of indirect register has to be understood in terms of how extreme a power imbalance is in a social and speech context. The imbalance can lead less powerful speakers to choose to speak more equivocally and ambiguously, especially where more direct or assertive statements, such as commanding imperatives (“Get me a lawyer”) might lead to negative consequences.

An interaction with the police, particularly in an interrogation, may be one of the most high-stress, nerve-wracking situations that speakers from relatively marginalized communities might find themselves in. Those powerless speakers then have a vested interest in being polite to the police, using these more powerless registers of language, lest they get on the wrong side of the law. On top of this, a police interrogation can be a fairly intimidating and often coercive proceeding, as the police attempt to extract information from suspects with all the tools at their disposal—linguistics included. As Ainsworth points out, the police may even attempt to manipulate the situation to increase a suspect’s anxiety and magnify both the power of the interrogator and the extreme powerlessness of the person being interrogated in order to get the information they need. One way is to use the indirectness and perceived uncertainty of a suspect’s polite language to actively work against them by either bypassing or denying them their Miranda rights. So, while a suspect might believe they’re invoking their Fifth Amendment right to counsel, if they don’t directly articulate something unambiguous, like “I want a lawyer and I won’t talk to you without one,” and instead request a lawyer more ambiguously using indirect speech, these rights may often be plausibly ignored by the police.

In several cases, suspects have repeatedly given statements like “I think I should call my lawyer” or even more specifically in one case, “Wait a minute. Maybe I ought to have an attorney. You guys are trying to pin a murder rap on me, give me 20 to 40 years.” Neither the police interrogators nor the Illinois Supreme Court in the latter case decided this was direct enough to consider the suspect exercising a right to counsel, largely because of the linguistic hedge “maybe,” even though hedges are frequently used not only in ordinary language, but even in scientific language.

What many of these cases show is that often if a suspect simply uses the wrong syntactic form, especially when being more polite and using a more submissive register, the courts may decide that those suspects have failed to invoke their right to a lawyer. This is even if ordinarily most of us would commonly understand these indirect statements as exactly that: requests for a lawyer.

One of the problems Ainsworth points out is that often the institutions that frame these laws, use them to judge suspects, or enforce them are male dominated and formally hold extreme power. In interactions with them, more-direct speech acts and imperatives, and the assertive language characteristic of male speech, are assumed to be a neutral human standard for understanding legal questions. Without taking into account the social context and the typically indirect speech of the less powerful, the way a law is framed may put more-powerless groups, such as women and marginalized minorities, at a distinct disadvantage in terms of exercising their rights, when more ambiguous, polite language may be a key to surviving an interaction with the police.

"Sorry" can be more than a mere word when it has real-world consequences.