“Sorry” can be more than a mere word when it has real-world consequences. 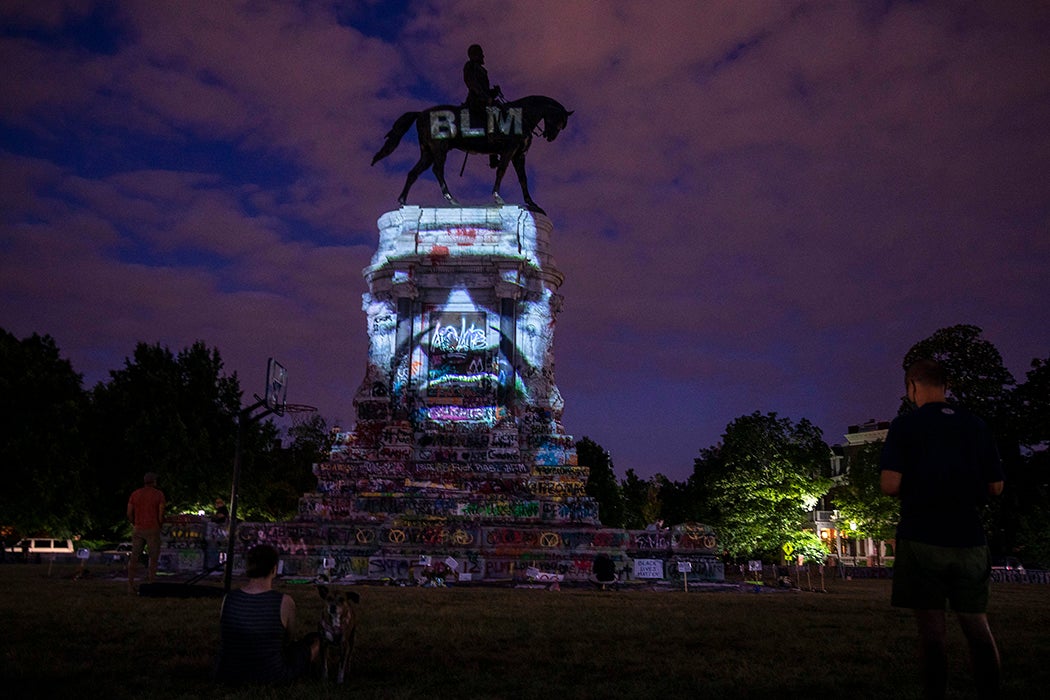 In recent weeks, controversial statues and symbols across the United States that seem to glorify the white supremacist ideals of a Confederate past have been taken down by frustrated protesters and concerned institutions, ready for a change in the public conversation. In many ways, this has been a long time in coming, but some have looked on in disapproval, fretting that these quick actions point to a politically correct erasure or denial of the country’s Civil War history, good or bad. This is despite the fact that in many cases, these statues do not have a long history at all and celebrate an outdated—or, in some cases, an overtly racist—viewpoint that obscures the stain of slavery from America’s story.

As historian Robert R. Weyeneth observes, when it comes to longstanding historical injustices committed against an innocent people, perhaps taking down these symbols of oppression is not a suppression of history, but just one form of historical apology that a nation can make, one way the present can apologize for the past, on the road to reconciliation. “Societies now find themselves compelled to confront their past in its entirety,” writes Weyeneth, “to ask new questions about it, and to rewrite the story ‘all of us have learned since childhood.'”

Countries can take many steps that could act as apologies for historical wrongs—so is an official apology ever needed? Old statues can be taken down, new statues can be put up. Memorials, plaques, and holiday observances such as Juneteenth can dedicate space and attention for a nation to tell a more complete story of its past. Renaming the places and important geographical points we know can better reflect what really happened. For example, the Custer Battlefield National Monument in Montana acknowledged only the general who was defeated by the Sioux and Cheyenne in 1876, until its name was changed in 1991 to Little Bighorn Battlefield National Monument. Much-debated reparations and legal settlements can also help the healing process, writes political scientist Angelique M. Davis.

But when a nation is grappling with a painful history, what is necessary, and what is enough?

An apology may be mere words to many, but it is often the case that for those affected, egregious historical wrongs can’t be made right without them.

What many don’t realize is that a nation’s leader just saying the words “I’m sorry” or “I apologize” can be even more powerful than toppling statues. According to Weyeneth, “When the Australian government offered a $41 million assistance package to make amends to the ‘stolen generation’ [Aboriginal children who had been forcibly removed from their families by government programs from 1905 into the 1970s], some Aborigines deemed the offer ‘fundamentally flawed’ because the government had refused to apologize as well.” An apology may be mere words to many, but it is often the case that for those affected, egregious historical wrongs can’t be made right without them.

There is a strange power in the words “I’m sorry.” They seem simple, but they can carry far more complex, uncomfortably loaded meanings than we’re often aware of.

For some, on a practical level, the very election of Barack Obama as president of the United States might have seemed symbolically more potent as a kind of apologetic act, better than any formally spoken apology could be—yet the effects of slavery and racial discrimination haven’t gone away. In fact, as a presidential candidate, writes Davis, Obama publicly opposed both an official apology and reparations, saying, “I have said in the past—and I’ll repeat again—that the best reparations we can provide are good schools in the inner city and jobs for people who are unemployed.” Obama marked the 150th anniversary of Juneteenth in 2015 with powerful words, but none of them contained an official apology for slavery on behalf of the country.

Before Obama, Bill Clinton reportedly did not offer an official apology due to the objections of the white majority. Some may believe that official apologies for historical injustices are unnecessary or meaningless rhetoric, because, essentially, in the opinion of one citizen quoted by Weyeneth, “You’re asking people who didn’t do wrong to apologize to people who weren’t the actual victims.”

People often assume the apologizer has a sense of guilt and shame—an apology can be an act of humiliation, making it very hard for many people, not just political leaders, to say sorry and accept blame on behalf of past generations.

So what could saying sorry really do?

Linguist Robin Lakoff explains that apologies are basic to our social interaction, but they can take on different meanings. In our daily lives, they actually cover a range of functions, “from abject abasement for wrongdoing, to conventional greasing of the social wheels, to expressions of sympathy, advance mollification for intended bad behaviour, and formal public displays of currently ‘appropriate feeling.'”

Linguists have found that for apologies to be recognized as valid by listeners, they must contain the right words associated with this “speech act,” namely the simple expression “I’m sorry,” which is used in the majority of cases, along with “I apologize.”

The receivers may ultimately refuse to accept an insincere apology, which plays an important role in validating the many forms that apologies can take.

Speech acts are utterances that actually change something about the world, such as a leader declaring war or the police arresting someone “in the name of the law.” True apologies are no different: They are intended to right a wrong, to heal something that is broken, to convey a sense of remorse. But unlike other speech acts, apologies aren’t simply enacted with a word; they’re also a social process of trust. The receivers may ultimately refuse to accept an insincere apology, which plays an important role in validating the many forms that apologies can take. This can be even more involved when it comes to official apologies, which can have a ceremonial aspect of performance to convey the gravity of the matter.

Perhaps the spectrum over which apologies range, from inconsequential politeness to deep remorse expressed formally, drives some members of the public to distrust official apologies as insincere or unnecessary, while others demand them to redress wrongs. When political leaders are attentive to public sentiment, and empathetic to public grief, the careful language of an official apology can be symbolically very powerful as a first step to dealing with a country’s deep-seated wounds.

Australia established its first National Sorry Day in 1998, which helped sway public opinion to support an official apology from the Australian government for its policy of forcibly removing Indigenous children from their families. Then Prime Minister John Howard stubbornly refused to join millions of Australians in apologizing to the victims on behalf of the nation, believing that “present generations should not be held responsible for the actions of past generations.” Two years later, the Howard government did pass a resolution expressing “its deep and sincere regret,” yet a motion to use the simple word “sorry” was defeated. This shows how much meaningful, performative weight the mere words “sorry” or “apologize” can carry, compared to milder expressions like “regret.”

It was not until a decade later, in 2008, that the next government, led by Prime Minister Kevin Rudd, officially apologized to the stolen generations and their families. In a close study of this historic speech, linguists Martha Augoustinos, Brianne Hastie, and Monique Wright show how a leader with a simple, unequivocal apology, using the right inclusive language, and accepting responsibility, can change how an entire country sees a once-disenfranchised group.

The time has now come for the nation to turn a new page in Australia’s history by righting the wrongs of the past and so moving forward with confidence to the future.

We apologise for the laws and policies of successive Parliaments and governments that have inflicted profound grief, suffering and loss on these our fellow Australians.

For the pain, suffering, and hurt of these Stolen Generations, their descendants and for their families left behind, we say sorry.

And for the indignity and degradation thus inflicted on a proud people and a proud culture, we say sorry.

We the Parliament of Australia respectfully request that this apology be received in the spirit in which it is offered as part of the healing of the nation.

By accepting institutional and collective guilt and blame, rather than stubbornly avoiding it, such a symbolic apology can actually reframe and reset a nation’s history, allowing people to feel the collective emotions and empathy and respect for those who were once left out of the story. An honest, heartfelt apology on a national scale, seeking forgiveness from the victims of injustice, rather than dividing a population into “us” and “them,” can actually be inclusive as the wronged are recast as fellow human beings, belonging to the same community, with the same national identity.

How is it that a mere apology can turn long-held assumptions upside down in a way that practical solutions, such as more social support or even financial assistance, simply can’t do alone? Those one-dimensional symbols, such as statues and flags, can give way to richer, more complete stories that embrace empathy and respect. A sincere apology on a national scale can turn once-revered heroes, such as Confederate leaders, into villains, and once-despised outsiders, such as an enslaved people and their descendants, into human beings who have endured unimaginable injustices. It may be one small first step, but without a political leader addressing it head on as an official act, it is harder for a nation to be made whole and move onward.

Apologies that look and sound and speak clearly like true apologies do matter, when it matters to those who desperately need to hear them. For those people whose very humanity has been repeatedly denied in the telling of a nation’s history, somehow those simple words “we are sorry” might help restore and heal, just as much as physically correcting problematic symbols and statues.