How Archaeologists Use Parasites to Track Urbanization

Historical patterns of parasitic infection show up differently depending on the class status of a neighborhood. 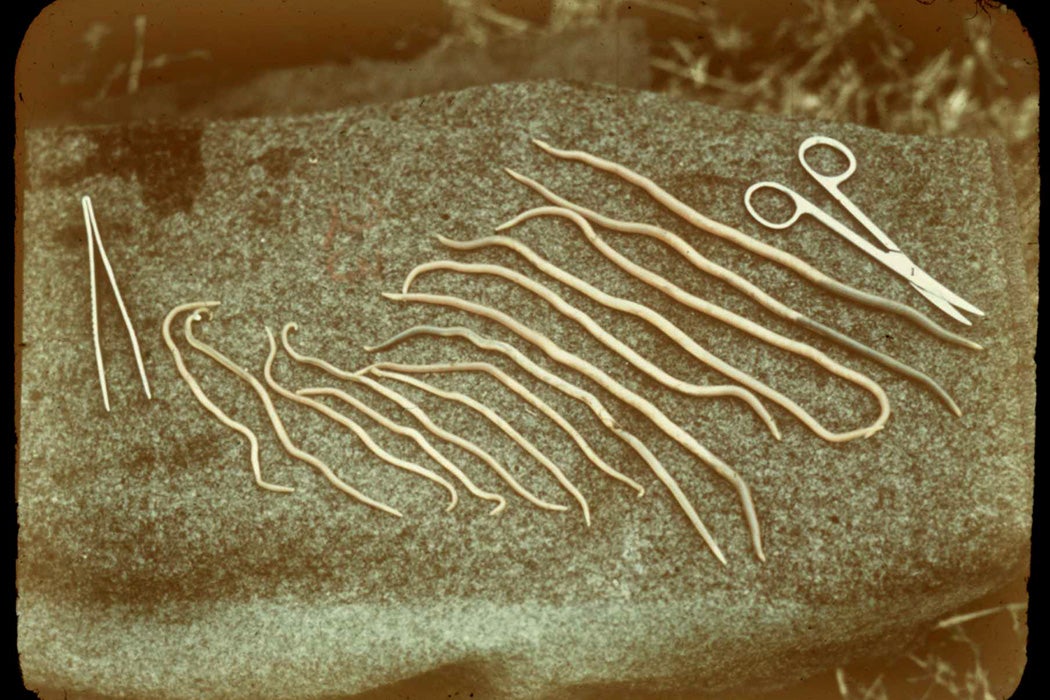 Why, yes, you can track urban development and social status through the remains of intestinal parasites.

Exploring the process of urbanization in the northeastern United States, archaeologists Heather B. Trigg, Susan A. Jacobucci, Stephen A. Mrozowski, and John M. Steinberg analyze the remains of two parasite species that are commonly found in the archaeological record: Ascaris lumbriocoides (roundworm or maw worm) and Trichuris trichiura (whipworm).

Parasites have had an outsize influence on the evolution of life. Worm species have evolved alongside (and inside) hominids since at least Homo erectus. Although these parasites “rarely cause the death of their hosts,” the archaeologists write, heavy loads of them “can cause a variety of illnesses and affect children’s development.”

The parasites can tell us a lot about how humans have affected the soil, and therefore the environment.

In a complex lifecycle, both the Ascaris and Trichuris worms’ ova need to spend some time in soil before the larvae can infect a human host through ingestion. As Trigg and her team state, this means that the parasites can tell us a lot about how humans have affected the soil, and therefore the environment.

The worms get into the soil via contamination from human excrement. The archaeoparasitological record is built on the recovery of these organisms’ eggs from “coprolites, privies, cesspools, and other features associated with human waste.” Night soil (a euphemism for human feces), which was used as fertilizer through the nineteenth century, was a major vector.

Concentrating on eastern cities in the US, with data points spanning from late eighteenth-century Boston, Massachusetts, to nineteenth-century Wilmington, Delaware, to twentieth-century New York City, the authors show that there was a shift in the dominant parasite species from Trichuris to Ascaris starting around 1800. By 1850, Ascaris was the primary parasite. This change corresponds to increasing urbanization in the Northeast. The authors hypothesize that “changing urban environmental conditions may have affected the parasites differently, and cultural practices may have influenced people’s exposure.”

Urban environments are hotter and dryer than surrounding areas. Urbanization also changes vegetation, both by reducing the amount of it and introducing exotic, invasive species. Cultural patterns like backyard-garden food production, which tapered off through the nineteenth century, also seem to have played a role in the kind of parasites people got.

“One of the more profound characteristics of urbanization was the shift from mixed commercial-residential areas that were economically diverse to more homogeneous but more rigidly class-differentiated neighborhoods in which social inequalities increasingly resulted in inferior living conditions for the poor,” the researchers write.

The best way of controlling such intestinal parasites is sanitation, specifically internal plumbing and sewer connections. These improvements came for the wealthy first, starting in the second half of the nineteenth century. But even by the early twentieth century, poor neighborhoods in New York City, for instance, were still unconnected. Evidence of parasites can be found in poor neighborhoods much later in the archaeological record.

The human-parasite relationship may be ancient, but it’s also a marker for income inequality. Soil-transmitted worms infect an estimated 1.5 billion people today. 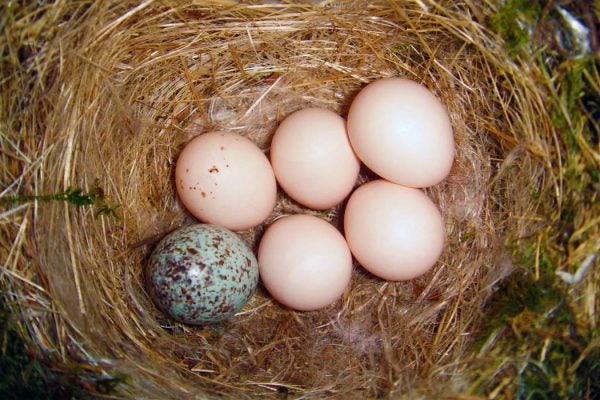 Are you a bird? Is your chick acting weird? You might be victim of a brood parasite.