The Gothic World of Insect Defense

From an Australian caterpillar that carries around its old heads to exploding ants, insect defense isn’t all that different from Game of Thrones. 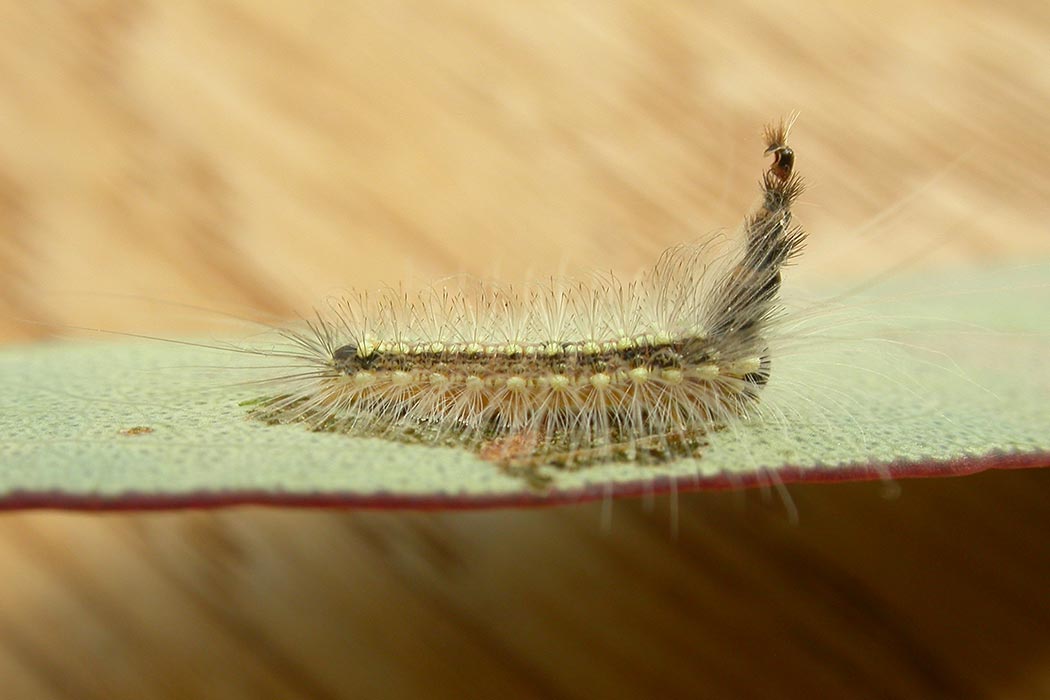 An Australian caterpillar sure knows how to terrify its enemies: it carries around a stack of its former heads. For insects and other invertebrates to grow larger, they must molt, shedding their existing exoskeleton. In many caterpillars, the portion of the exoskeleton covering the head, called the head capsule, falls off more or less intact. It is these capsules that the Australian caterpillar, called the gumleaf skeletonizer (Uraba lugens), stacks up above its head as a defensive measure, both as weapon and a false target to decoy predators. When the stack is removed, spiders and other invertebrate predators launch more successful attacks against the gum leaf skeletonizer. It sounds like something out of caterpillar Game of Thrones, but as predator defense goes, stacking up your previous heads is almost tame.

Consider the tortoise beetle, (Deloyala guttata). Tortoise beetles take a particularly grotesque approach to personal defense by creating a shield out of old skin stuck together with poop. This skin-poop shield is really quite ingenious. Typically carried over the rear portion of the abdomen, it can be moved to shield other vulnerable spots. The shield works as a physical barrier, but in some related beetles, the feces are actually toxic. In the tortoise beetle, the shield prevents predators from penetrating through to the body with their mouth parts. Predators with short mouths cannot get through the shield, but predators with long, spear-like mouth parts can. Countermeasures breed counter-countermeasures.

For many insects, the best defense is an offense. For the ultimate in offense, consider the Malaysian exploding ant, (Camponatus saundersi). You read that correctly. Workers of this species have large glands distributed throughout their bodies. When predators or rival ants get close, the ant can burst these glands, coating nearby enemies in an immobilizing, toxic mix of juices. Yes— it is an ant suicide bomb. The worker is killed, but her destruction helps defend her sisters and protects the nest.

The list of insect defense mechanisms continues, ranging from the benign (eyelike markings on butterfly wings) to the devastating (bombardier beetles spray their enemies with boiling toxic chemicals). The discovery of the gumleaf skeletonizer’s defensive capability is another example of evolution not holding back when it comes to creative defensive strategies.

Pirates and goths, we hereby nominate the gumleaf skeletonizer, aka the Mad Hatterpillar, as your official mascot. 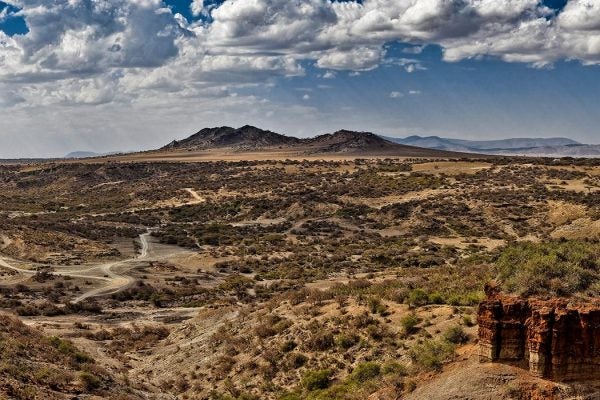 The Prehistoric Secrets of Olduvai Gorge

Olduvai Gorge continues to reveal details about the lives of the hominids, some of them our ancestors, from more than a million years ago.