The Golden Age of Timbuktu

Even now, in the age of Google Maps, its name is synonymous with the unknown edges of the world: welcome to Timbuktu. 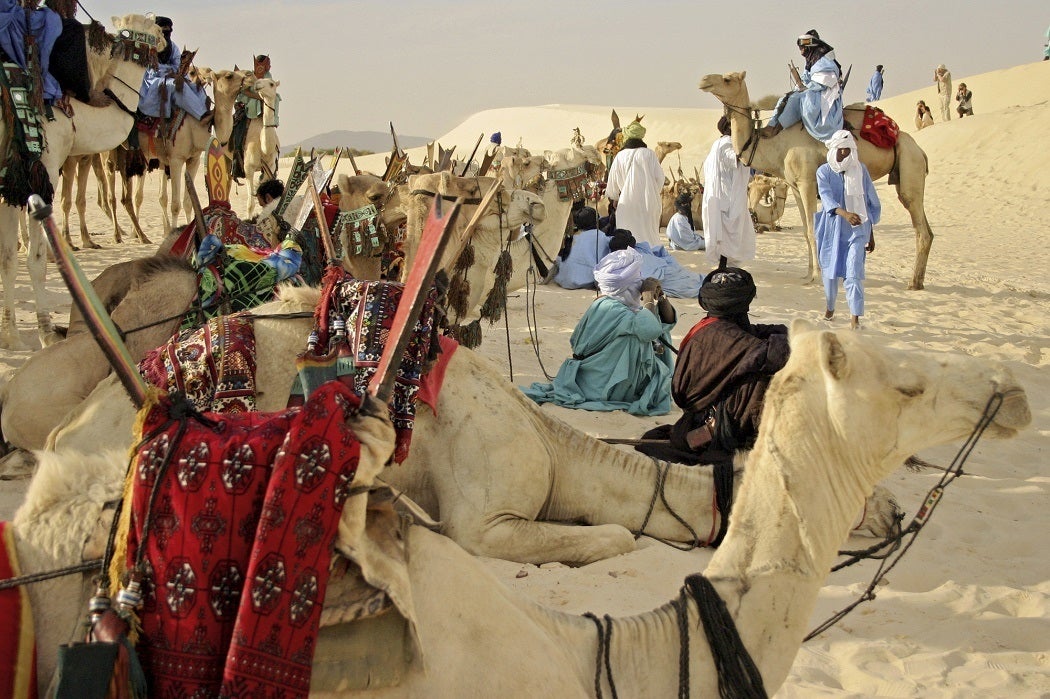 On the southern edge of the Sahara Desert, north of the River Niger, a city of beige towers and dusty roads appears out of the sand. Its reputation is heavy with the weight of nearly a millennium’s worth of history. For centuries it’s been blessed—and cursed—by rumors of being a hidden paradise. It has passed from the hands of a famed sultan to invading northerners to European imperialists, growing from a tiny nomadic outpost to a major cultural hub. Over the course of its history, the desert city was famed for being dense with gold, for being impenetrable, and for bearing witness to one of the great ecological calamities of the 20th century. Even now, in the age of Google Maps, its name is synonymous with the unknown edges of the world: welcome to Timbuktu.

Founded sometime before 1100 A.D., Timbuktu quickly grew from a seasonal camp for storing salt and other goods to a major center for caravan trade. Travelers coming from the west brought gold to trade for salt from mines to the east. Some of these travelers chose to make the location their permanent dwelling, and before long the town became a city. By the early 1300s, Timbuktu belonged to the Empire of Mali and was truly prospering. People came from across the continent.

During this period, Europe was awash in rumors of Timbuktu’s seemingly endless wealth and resources. It’s said that, in 1324, Mali’s sultan, Mansa Moussa, made a pilgrimage to Mecca with 60,000 slaves and servants and so much gold that, during his visit to Cairo, the price of the precious metal dropped precipitously. All of the gold, claimed the stories, came straight from Timbuktu (though, in fact, Moussa brought it from mines west of the city). Arabic explorer Ibn Battuta visited the famed city 30 years later, and his descriptions of the bustling metropolis stoked the flames of European imagination. While Europeans struggled with a minor ice age and the bubonic plague, they dreamt of streets lined with gold in Timbuktu. The city was a sort of African El Dorado, hidden somewhere south of the Sahara.

It wasn’t until the late 15th century, however, that Timbuktu experienced its “Golden Age.” But it was books, not gold bars, that brought Timbuktu its prosperity. Hundreds of scholars studied at the nearly 200 maktabs (Quranic schools). These scholars worked as scribes, thus increasing the number of manuscripts in the city. (You can browse through digital versions of some of the manuscripts here.) Visiting strangers were treated like royalty in hopes that they’d share their knowledge and books with Timbuktu’s scholars. As California State University’s Brent Singleton, wrote: “the acquisition of books is mentioned more often than any other display of wealth, including the building and refurbishment of mosques” in texts from the era. Timbuktu was one of the world’s great centers of learning. Never had African Muslims seen a better time to be a scholar (or a librarian).

But when Moroccan troops seized control of the city in 1591, it began a long decline that pitted Timbuktu’s historic reputation against its increasingly depressing condition. All the while, European explorers, their imaginations fired by Romanticism and lyrical poets (including Alfred Tennyson, who won a Cambridge poetry contest for his poem about Timbuktu), were making the dangerous trek into Africa in search of the mysterious city. Those who came from the west coast often died of malaria and other tropical illnesses; those who traveled over the Sahara desert faced death by hunger, starvation, and marauding nomads. Frenchman René Caillié was the first explorer to reach Timbuktu and survive. He brought his stories back to Europe, but they were hardly the mystical wonders his compatriots were expecting.

“I found it to be neither as large nor as densely populated as I expected; its commerce is considerably less grand than its reputation claims; one doesn’t see, like at Jenné [another Saharan town along the Niger Delta], this great rush of strangers coming from all parts of Sudan. In the streets of Timbuktu I only met camels coming from Cabra, laden with merchandise carried by a flotilla … In a word, everything exuded the greatest sadness. I was surprised by the lack of activity, I’d say even the inertia that reigned in the city.”

Throughout the 20th century, numerous droughts depleted the city’s water supplies. Some blamed native misuse of the land for the growing desertification and demanded new efforts be made to stop the sands. Others saw only the whim of the weather. After severe droughts in the 1970s and 1980s, it seemed Timbuktu could fall no further. Then, in 2012, Islamic extremists linked to al-Qaida invaded, threatening the city’s years of cultural heritage by burning thousands of ancient manuscripts.

Today, sporadic fighting continues in northern Mali, but many of the citizens of Timbuktu have returned to their homes. The city struggles with poverty and the ravages wrought by the most recent invaders. Most Western embassies have advised their citizens not to travel to Timbuktu. But Alexandra Huddleston, an American photographer who visited the city in 2007, has hope that the traditions that sustained it for centuries might still save it.

“An uneasy balance now exists between tradition and change in Timbuktu,” Huddleston writes. “It is as yet uncertain how these forces may destroy, transform, or coexist with each other, and whether the town will continue to produce saints, historians, poets, and judges raised under a pedagogic system that has endured for centuries.” Whatever its fate and whatever its present reality, the mythic image of Timbuktu seems likely to endure indefinitely: legendary crossroad of the Sahara, city of gold and knowledge. 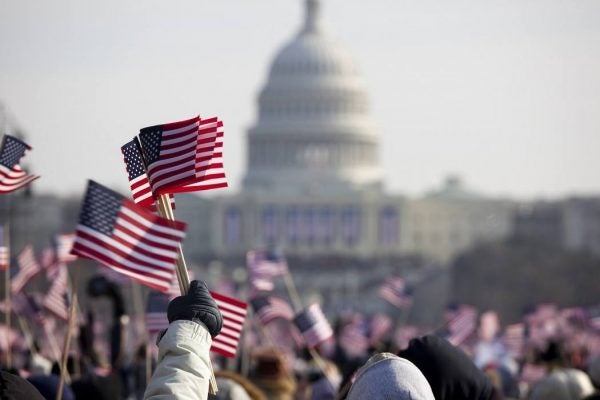 The conventional wisdom about negative political campaigning is that it's ugly and destructive. But is it effective?