One scholar explains how the LGBT movement became focused on advancing the rights of a narrow set of people at the expense of its once-radical vision. 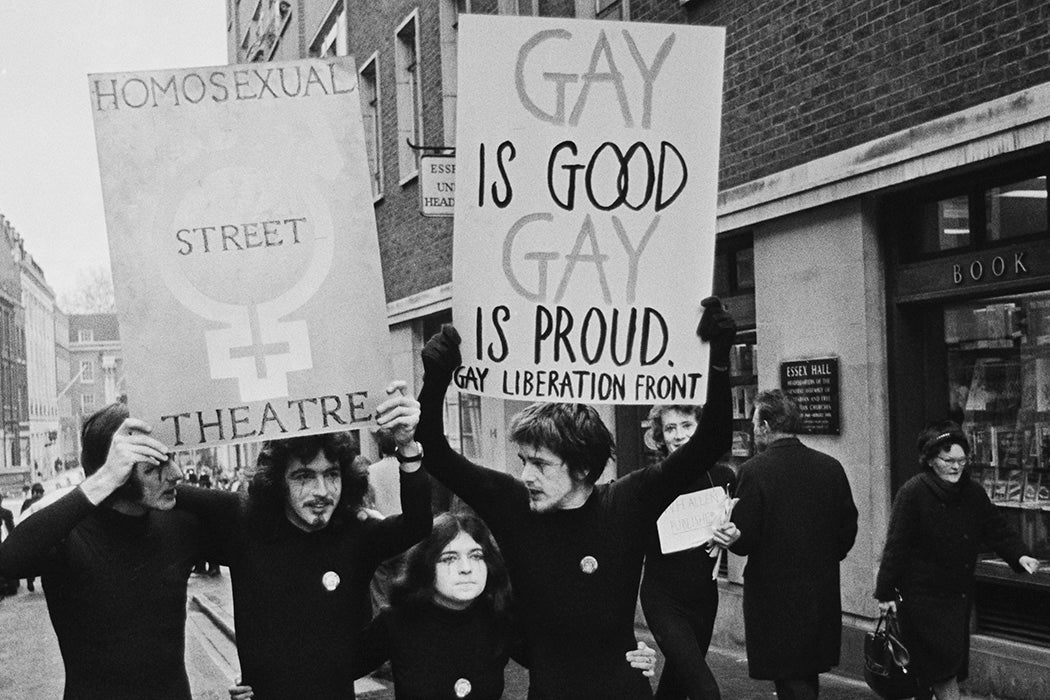 Like many social movements, gay liberation first took root in radical soil. For example, some founding members of the Mattachine Society were communists; they would be purged during the McCarthy era, as the group moved toward respectability in its advocacy. In San Francisco during the early 1960s, organizations like Citizens Alert and Vanguard tried to curb police violence and gentrification. In New York, the Stonewall riot of 1969 was led by trans people. In the late 1980s, ACT UP responded to the nation’s blithe approach to AIDS with direct action.

Scholar Colin P. Ashley writes that this radical past shouldn’t be a victim of historical amnesia. “That amnesia includes a failure to recall the fact that gay organizations in the 1950s initially imagined gay liberation through social revolution,” Ashley argues, “and that LGBT/Q protest movements, particularly in the 1960s and 1970s, were closely tied to other social movements, including civil rights and women’s rights, anti-war, and poor people’s struggles.”

The government’s inaction brought out a new wave of radical organizing, notably by ACT UP.

Ashley quotes a member of the Chicago Gay Liberation Front (GLF) in the late 1960s who noted, “We came to understand that our gay rights would be nothing but privileges for the well-to-do unless we acted for the most vulnerable, most daily victimized queers.” In fact, the GLF was named in emulation of the Vietnamese National Liberation Front.

Although the energy of radicalism never left the movement entirely, it dissipated somewhat as lesbians and gay people found a small space in the mainstream, and as national advocacy organizations experienced halting successes. (The Gay Activist Alliance, for example, morphed into the National Gay and Lesbian Task Force.) The devastation of AIDS, according to Ashley, initially required a focus on “mere survival” tactics, but the government’s inaction brought out a new wave of radical organizing, notably by ACT UP.

From Ashley’s perspective, the subsequent shift in the 1990s to a “marriage equality strategy” by the mainstream gay rights organizations was a conservative or middle-class movement. Such mainstreaming promulgated a monolithic definition of homosexuality, a “compulsive homonormativity,” with a single goal, marriage equality. As Ashley also notes, the hierarchically organized advocacy organizations pushing for marriage took funding from banks and even military contractors, a political alliance that would have been anathema in the Sixties.

The mainstreaming of gay rights over the past twenty years or so has largely been a middle- and upper-class white phenomenon, Ashley argues, but these populations aren’t the majority of the LGBTQ population. Left out of the middle-class marriage trajectory are “working class and poor queers, gender non-conforming queers, and queers of color.” For many, economic precarity in an extremely unequal society and violence at the hands of state and non-state actors remain life-or-death issues. The rights victories have been unequally shared.

Ashley argues that “the narrowness of the marriage equality struggle, and its self-depiction as a middle-class, mostly white struggle for mere acceptance, forgoes the chance of solidarity with movements like Black Lives Matter or the Fight for $15.” Those “who benefit the most from partial gains have less of an impetus to support larger collective gains that would benefit the whole of the movement as well as coalition partners.” 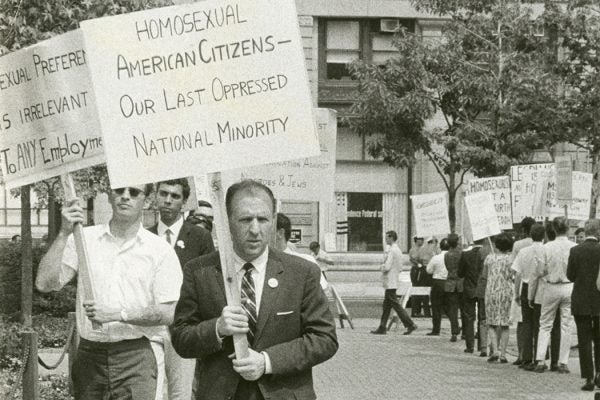