Following the grisly 1888 murder of Annie Chapman, the London Star newspaper made a curious suggestion. The reporter asked if “an image” of this killer—who would later get the moniker Jack the Ripper—could have been preserved on her retina.

The pseudoscience of optography, or the imprinting of the last images seen before death on the eyes, had a surprising endurance in the nineteenth and early twentieth centuries. As Craig Monk, English professor at the University of Lethbridge, notes in Interdisciplinary Literary Studies, when “police surgeon George Phillips was recalled to the inquest into Chapman’s death, it was in part to confirm that pictures of the victim’s eyes would have been of no use to the investigation.”

Optography was ultimately debunked as a forensic science. Nevertheless, it lingered in the popular imagination.

Photography was still novel at the end of the nineteenth century, as was anatomical knowledge of the eye. In 1876 German physiologist Franz Boll identified purple rod cells on a frog’s retina that turned yellow when exposed to light. It seemed possible that the eye could act similarly to a camera, and that the retina was like a photographic plate.

Andrea Goulet, professor of French at the University of Pennsylvania, observes in Nineteenth-Century French Studies:

Long considered translucent (a window, rather than a screen), the retina emerged in this era as a tinted membrane, one whose liminal status encapsulates broader fin-de-siècle obsessions with blurred boundaries of all sorts [including the veil] between life and death, since the study of retinal violet involved morbid experiments in what [French academic] Giraud-Teulon calls the ‘revivification of matter’.

German physician Willy Kühne put the retina-as-camera theory to the test. His unfortunate subject was an albino rabbit. “Kühne secured the head of an albino rabbit in place before a barred window for a three-minute exposure,” describes writer Geoffrey Montgomery in Grand Street. “The rabbit was then decapitated and its retina removed.” In examining the dissected eye, Kühne claimed to perceive the angular window bars, and created a sketch of this “optogram.”

Kühne was not content with bunny eyes. In Bruchsal, Germany, on November 16th, 1880, a young man was to be executed by guillotine. Kühne would get the corpse. “He had prepared a dimly lighted room screened with red and yellow glass to keep any rhodopsin [pigment] left in the eyes from bleaching further,” writes scientist George Wald in Scientific American. “Ten minutes after the knife had fallen he obtained the whole retina from the left eye, and had the satisfaction of seeing and showing to several colleagues a sharply demarcated optogram printed upon its surface.”

Kühne had trouble, however, identifying the supposed vision. Although the image he discovered vaguely resembled a guillotine’s blade, the executed man had been blindfolded just before death.

Optography was ultimately debunked as a forensic science. Nevertheless, it lingered in the popular imagination thanks to its persistence in fiction. Around the same time as the Ripper murders, Rudyard Kipling’s 1891 short story “At the End of the Passage” featured the search for an optogram in a dead man’s eye with Kodak camera. Jules Verne’s 1902 Les Frères Kip culminated with the identification of two murderers through a photograph of their victim’s face.

These dramatic narratives bled into reality, with grim results. “Murderers, in their turn, sometimes destroyed the eyes of their victims for fear that their image might be recorded therein,” writes Arthur B. Evans, professor of modern languages at DePauw University, in Science Fiction Studies. For example, in 1927, Constable P.C. Gutteridge of Essex was found on a roadside with four bullet wounds. Two were fired right through his eyes, suggesting the murderer gave some credence to optography.

Even James Joyce gave it a nod in the 1922 novel Ulysses. His characters pass the site of a murder, and their fascination echoes that of the scientists and authors: “Shuttered, tenantless, unweeded garden. Whole place gone to hell. Wrongfully condemned. Murder. The murderer’s image in the eye of the murdered. They love reading about it.” 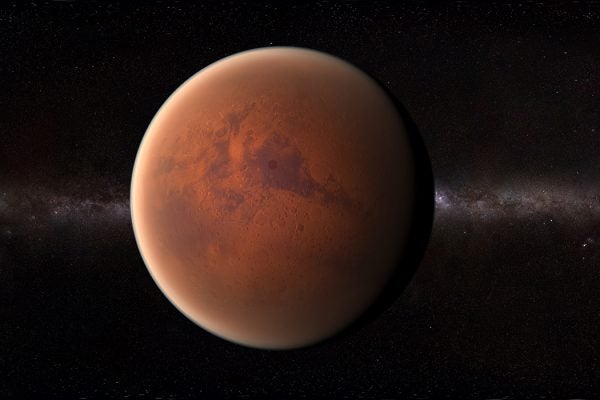 Dinosaur DNA! Life on Mars! In the world of science, amazing discoveries don’t quite work out the way the discoverer hopes they will.