Facts and Fancies About Amber

It’s taken scientists a long time to figure out what amber is made of, and what we can learn from it. 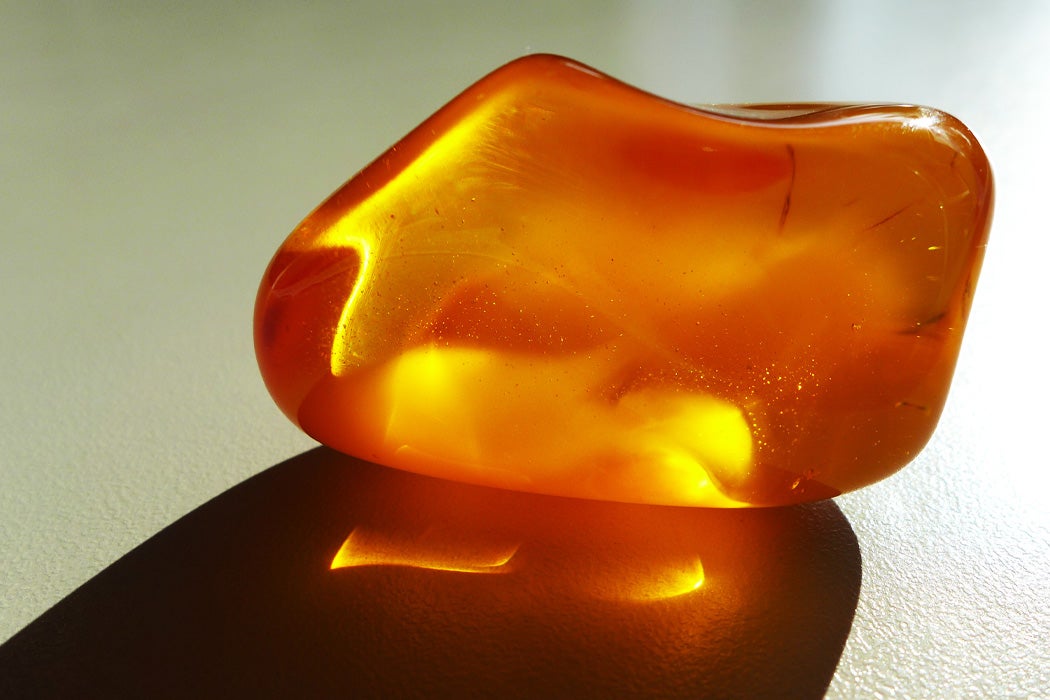 We now know that amber is fossilized tree resin that lasts for millions of years. But over the centuries there have been many alternate theories about its provenance. In the Middle Ages, amber was thought to be petrified lynx urine. At various other times, the lustrous material was thought to be solidified sunlight, or the tears of birds or goddesses.

These are some of the many “facts and fancies” about amber explored by botany scholar Judith W. Frondel. She notes that amber, “a stone which is transparent, yet burns like wood, giving off aromatic fumes, and which develops powers of attraction when rubbed,” has long had ornamental, spiritual, and medicinal uses.

Frondel writes: “For many centuries, it was considered a remedy for stroke, cramps, and bodily aches. Even in the 19th century, it was used as a salve for wounds, thought to help attacks of hysteria, considered an aid in women’s disease, and recommended to stop nausea.”

Amber has been a valuable trade item for millennia.

Today, amber is valued for other reasons. Prized as a material for art and jewelry, amber has been a valuable trade item for millennia. Then there is amber’s unique ability to entomb ancient plant and animal specimens. Taking about a million years to fossilize, amber has an excellent record of preserving fragments—sometimes whole insects—of now-extinct life. Some of these are a couple hundred million years old. Such specimens have been invaluable to the study of evolution and life on Earth long before us.

While amber is rare, fake amber is abundant. As scientists Jorge A. Santiago-Blay and Joseph B. Lambert explain, the internet is full of amber swindlers. These fakes are made of natural resins, plastics, or combinations of both, and they sometimes fetch high prices from the credulous. Buyers should especially be wary of amber alleging to entomb whole vertebrates. Santiago-Blay and Lambert show an example of a lizard entirely encased in one sample, but note that vertebrates in amber are actually extremely unusual; their pictured example is a marketed fake.

Santiago-Blay and Lambert also discuss how, through nuclear magnetic resonance spectroscopy, which gives unique chemical signatures for materials, they can create catalogs of different kinds of amber. This seems to be a foolproof test of amber authenticity.

Such chemical signatures also go towards answering a long-vexing question: what are the actual botanical origins of these ancient resins? Pines are very resinous, so they’ve long been suspected as a source of amber. According to Santiago-Blay and Lambert’s research, pines, along with legumes, are in fact the sources. In the form of amber, tree resin, produced largely as a defense mechanism against insects and disease, ends up being a window into the past. 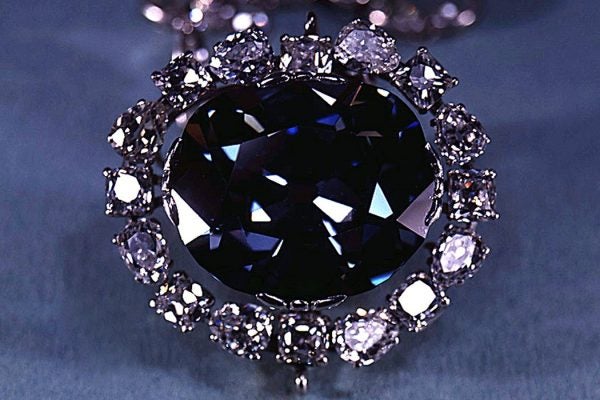