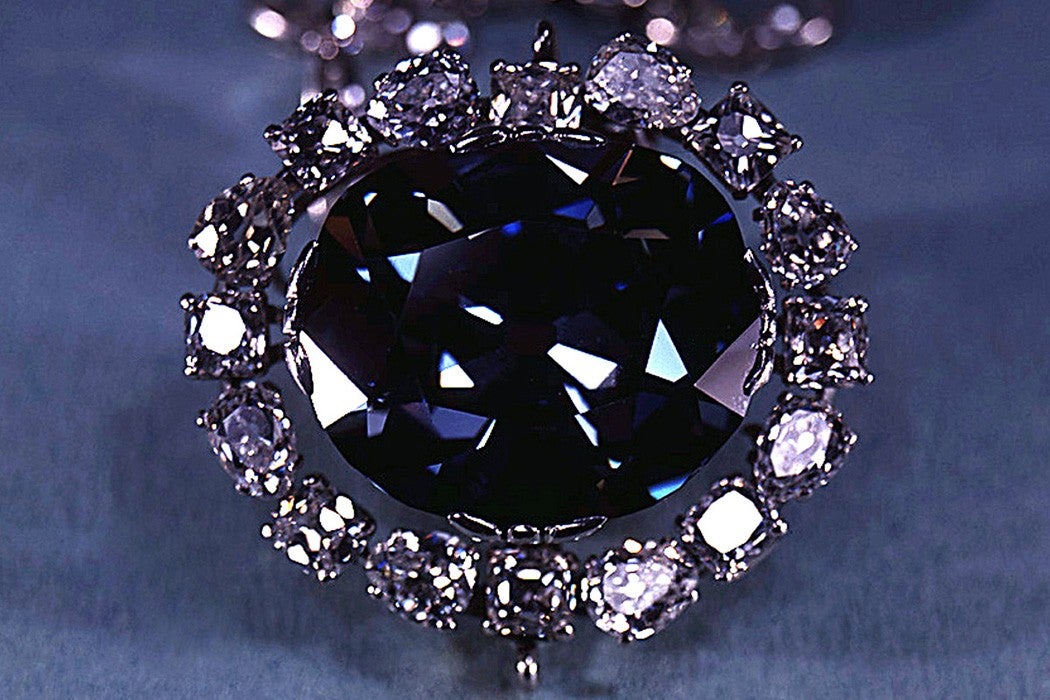 The Hope Diamond, as displayed at Smithsonian Institution in 1974.
via Wikimedia Commons
By: James MacDonald
2 minutes
Share Tweet Email Print

Diamonds are sparkly. Diamonds are expensive. Diamonds were Marilyn Monroe’s best friend. But they are way more than bling—diamonds hold key information about the Earth itself.

Diamonds—which are pure carbon—are the hardest known substance on earth. Nothing can scratch a diamond except another diamond. That makes diamonds very desirable not just as jewelry but in numerous industrial applications.

What is it about diamonds that makes them so hard? The answer lies in the strong molecular bonds between the carbon atoms that compose the stone. In a diamond, the atoms are held together by a particularly strong type of chemical bond called a covalent bond. In a covalent bond, two atoms share electrons in their outer shell, holding the atoms close together so they are almost overlapping. Once formed, these bonds are very difficult to break. Diamonds then take strength one step further by arranging all of the carbon atoms into a tetrahedral lattice. That means that each carbon atom is covalently bonded to four other carbon atoms.

Understanding how diamonds are formed opens a window into Earth’s deep interior, and the inner workings of our planet itself.

Until recently little was known about where diamonds form except that they must form in the mantle of the Earth; generally only the mantle was capable of generating conditions severe enough to produce diamonds. The diamonds found in mines are brought to the surface by plumes of igneous rock. Harsh conditions generated by meteorite strikes can also produce rare diamonds called impact diamonds.

Subduction zones where continental plates collide were once suspected to be diamond-generating factories. This hypothesis was difficult to test, for obvious reasons. Then, in 2013, a group of Russian geologists did the next best thing to directly examining the mantle—they simulated a subduction zone where slabs of crust and the mantle interact. They added common minerals from both the crust and the mantle into their simulator. Their work suggests that when crust is subducted deep enough it can provide raw materials for diamond formation.

The purpose of this work is not to acquire more diamonds. Understanding how diamonds are formed opens a window into Earth’s deep interior, revealing the inner workings of our planet itself. Different types of diamonds can explain different aspects of the Earth’s deep geology; extremely large diamonds are formed at the deepest depths of all and provide some of the only insight we’ve gleaned so far about the conditions inside our planet. In other words, diamonds are much more than nice jewelry.

Share Tweet Email Print
Have a correction or comment about this article?
Please contact us.
diamondsgeologyProceedings of the National Academy of Sciences of the United States of AmericaProceedings of the Royal Society of London. Series A, Mathematical and Physical Sciences 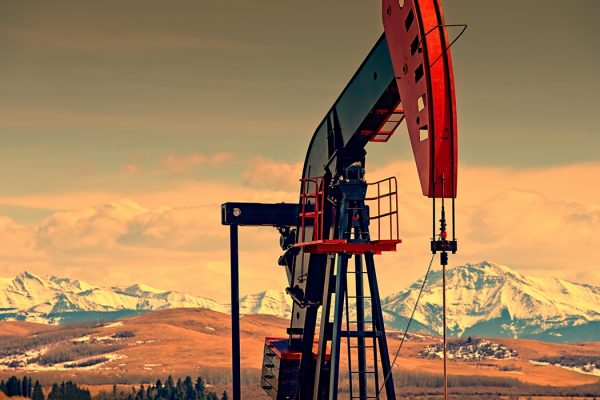 When Russia Conquered the World with White Oil

Russia was the first source of white oil, a Vaseline-like mix of hydrocarbons used in pharmaceutical, cosmetics, and plastics.