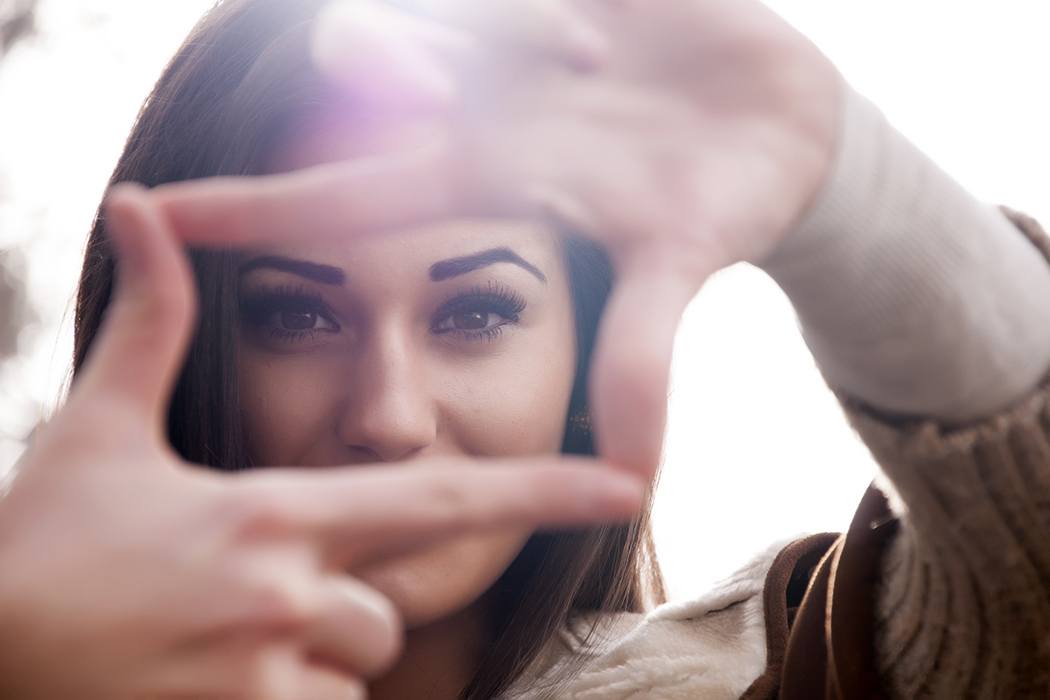 Once upon a time, the “me” that I pictured in my head was the face that I saw in the mirror a few times a day.  But that me has long since been eclipsed by the versions of myself that I see far more often: the “official” version on my LinkedIn profile and personal website; the carefully selected “casual” face of my latest Facebook profile pic; the candid photos that have been posted by family, friends, or colleagues. As a person who spends a disturbing portion of her daily hours grasping a computer or mobile phone, I’m far more likely to see myself online than in a mirror.

All those online photos have become their own cultural imperative, with the effect of reinventing women’s faces—or at least, the way we curate them. When I was growing up, it was acceptable for people to demur or step out of the frame when a camera was produced; the phrase “I hate having my picture taken” was commonplace. Today, the group selfie is such a staple of social interaction that we seem to have accepted the inevitability of photography.

Our only recourse, in the face of constant snapshots, is to ensure we are always camera ready. “The seventy-five women in the entering freshman class of the School of Business of the College of the City of New York are enjoined from wearing lipstick, jewelry, or any other of the fineries distinctive to them,” reported The Journal of Education in 1931.  To issue such an injunction today would be unimaginable, particularly for a generation that has forged its aesthetic of self-presentation in the fire of Snapchat.

If the visual culture of the internet has imposed new beauty standards, it has also offered a helping hand in meeting them.

This relentlessly photographed existence means it’s never been more important to be “on fleek”—a phrase that first entered the communal lexicon when used to describe eyebrows in a video selfie. And indeed, eyebrows are emblematic of the way our self-presentation (and indeed, our self-concept) has evolved through the combined visual pressures of Instagram, Tinder, and the ubiquitous profile photo.

In recent years, I’ve become obsessed with what I think of as “New York eyebrows”: you know, those incredibly groomed brows that shoot out into darkly coloured, sharply defined tips. You might spot on a 20-something woman anywhere in America, but are particularly widespread on the isle of Manhattan. The first person I ever saw with this look was a colleague visiting from New York, and every time she visited our Vancouver offices, her eyebrows were the subject of water-cooler discussion for weeks afterward.

But it turns out that these in-your-face arches aren’t called “New York eyebrows” by anyone but me: they’re known as “Instagram brows.” That’s because the driving imperative behind eyebrows that could stop traffic is to win traffic and attention for your online selfies. In today’s world, you are your online presence, which means you are your headshot. And since everyone knows that your eyebrows are the frame for your entire face (hello? Makeup 101?), that means your eyebrows are the foundation on which your entire existence is based. Egads! I have to go grab my tweezers right now.

The urgent need to get my brows camera-ready would come as no surprise to the author of the 1957 paper, “Themes in Cosmetics and Grooming,” the aptly named Murray Wax.  Wax observes that “changes in dress and grooming are universally employed to denote the movement from one social status to another (infancy, childhood, sexual maturity, marriage, maternity, ability, death) or the assumption of special office (chief, priest, medicine man, Doctor’s degree).” Since even I can’t pretend that “Instagram user” constitutes a “special office,” I’m forced to acknowledge that my metamorphosis into selfie-ready internet icon is a movement from one social status to another. Or at least, so I hope—if I can just get these eyebrows right.

If the visual culture of the internet has imposed new beauty standards, it has also offered a helping hand in meeting them. I’m talking about beauty blogs, of course, which offer me a lifeline whenever Facebook ads try to sell me on the merits of some new cosmetic upgrade, like the latest one: magnetic eyelashes. “Attaching to what?” A friend asks when I post about them on Facebook. “Metallic contact lenses?

A lash-by-lash account on PopSugar informs us that the lashes attach to each other—right, that makes slightly more sense now. Still, is it really a good idea to stick magnets in your eye?  If online beautification demands such extremes, perhaps it is because we are being exhorted to achieve mythical levels of self-transformation; just as “Oedipus effaces his former identity and transmutes himself into the blind seer” by blinding himself (or so says David McDonald in Theatre Journal), I can stick something in my eye, discard my offline husk, and transmute myself into an internet beauty.

Our devices are gradually migrating us to a world in which the norm is to see ourselves the way other see us.

What ensures I don’t end up in the same position as poor old Oedipus is the endless array of how-to beauty videos. As another Facebook friend points out, the videos are where you learn the dire consequences of trying to apply your magnetic lashes with metal tweezers. (Or where you discover that they’re a recipe for hilarious frustration.) Indeed, there is little you can’t learn about the ins and outs of self-beautification by hunkering down for an evening of cosmetics how-tos on YouTube.

In a 1992 article on makeup videotapes that anticipated the YouTube phenomenon by a couple of decades, Judith L. Goldstein observes that these make-up lessons are teaching more than the right way to hold a mascara wand:

the aim of the make-over tapes is a double transformation: first a transformation of faces from less ideal to more ideal (both the faces in the video and the face at home), and second, a transformation of the gaze of the viewer. The gaze must be transformed from innocent (or uninformed/unformed) vision to critical judgment…..It is this discerning eye which the student of makeup learns to acquire. Although she is explicitly learning a procedure—the application of makeup—she is also more implicitly learning to convert the innocent gaze to one of critical judgment. The makeup artists are selling their skills and their makeup products, but they are also selling the discerning eye.

By turning to the screen—rather than the mirror—that “discerning eye” transforms the way we see ourselves. This is a literal description as much as a metaphorical one, because mirror-users become accustomed to the version of themselves that they see in the mirror, in which left and right are flipped. So accustomed, in fact, that (as Roy Sorenson points out in “The Aesthetics of Mirror Reversal”) “[p]sychologists have found that people prefer mirror reversed photo-graphs of themselves because that is how people are used to seeing themselves in mirrors.”

For the most part, however, that’s not what our cameras give us. Sure, your smartphone may show you a mirrored image when you’re lining up your selfie, but take a look at what’s captured to your camera roll, and you’ll see yourself the way everybody else sees you. You can use a photo editor or tweak your phone settings so that your selfie is stored as that comforting mirror image, but by default, our devices are gradually migrating us to a world in which the norm is to see ourselves the way other see us.

From those Instagram photos your friends tag you in, to the selfies you upload yourself, you are steadily accreting a self-portrait in which you gaze back at yourself through the eyes of the other, just as Judith Goldstein predicted. Sure, the eyes of the other may have fabulous lashes and on-fleek brows, but they are still alien; still separating us from ourselves through the lens of a smartphone camera.

No wonder that camera ensures we are constantly curating our faces. Online makeup tips may come to our rescue in that process, but at the cost of invoking a critical gaze that leads us to to see ourselves rather than to be ourselves—a shift that is only compounded by the way smartphone photography moves our mental self-image away from what we see in the mirror.

Yet this is one transformation that is more than skin deep. As we shift from a mental self-concept that’s grounded in what we see in the mirror (an experience of self-perception that takes place largely alone) to one that is grounded in how others see us through the camera lens, our self-image ceases to be private and individual. The photographic pressure to curate our faces is inextricable from the online pressure to curate our lives; to present and perform, instead of simply living.

Share Tweet Email Print
Have a correction or comment about this article?
Please contact us.
beautycosmeticsgenderinternetmakeupThe Digital VoyageAmerican Journal of SociologyPhilosophical Studies: An International Journal for Philosophy in the Analytic TraditionPoetics TodayThe Journal of EducationTheatre Journal 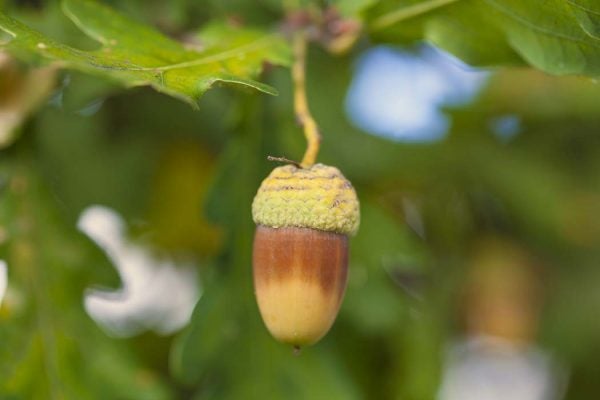