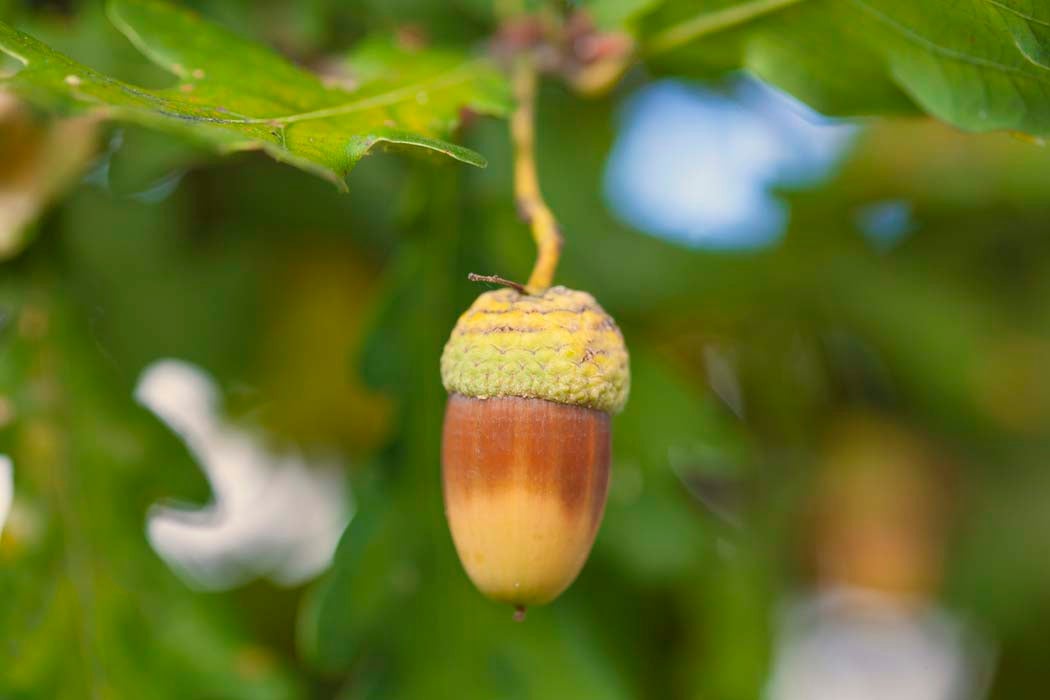 You might have heard that the Lyme apocalypse is upon us this year. In spring, media outlets from NPR to USA Today to the New Scientist were forecasting a black-legged tick population eruption with a consequent outbreak of Lyme disease in the American Northeast. Transmitted by tick bite, Lyme can cause symptoms such as fatigue, fever, headache, and a characteristic bull’s-eye skin rash called erythema migrans. If untreated, the disease can spread to joints, the heart, and even lead to neurological complications such as Bell palsy.

Today, Lyme is North America’s leading “vector-borne” disease—a term used to describe any disease transmitted from animal to human via live host. Despite decades of research and control efforts, new cases of Lyme in humans continue to climb. Confirmed cases reached a total of 28,500 in the U.S. in 2015 (plus an additional 9,600 probable cases). That’s more than double the number found when they were first recorded in 1995, according to the Centers for Disease Control and Prevention, though the trajectory has not been straight up, and increases may be partially related to heightened awareness. The number of counties in the U.S. that are considered Lyme disease hot spots has also more than tripled in that time, though the overwhelming majority of these is concentrated in just 14 states.

The problem is not confined to North America. Europe is witnessing a rise in confirmed cases of Lyme, and the disease is extending its geographic reach in both Europe and the temperate, forested parts of Asia. Some scientists believe now that the disease originated in Europe rather than in the northeastern U.S.—based on genetic sequencing of Borrelia burgdorferi—the Lyme-causing bacteria. The only known organism that doesn’t use iron to make proteins and enzymes, B. burgdorferi is particularly difficult for human bodies to kill because our immune system often tackles pathogens by starving them of iron. B. burgdorferi also lacks many other features common to bacterial pathogens, such as toxins and specialized secretion systems, which human immune systems use to detect and fight foreign invaders.

The black-legged tick is the only organism that can transmit B. burgdorferi between animals or between animals and humans. Ticks must have a blood meal at each of their three life stages to survive, so they climb onto their hosts from leaf litter or the tips of grasses or shrubs, attach their mouthparts to the host, and suck its blood slowly for several days. If the host animal has Lyme bacteria in the blood, the tick can ingest the pathogen and become infected, transmitting it to a new host at its next feeding, when the pathogen will rise from its gut to its feeding tubes. Once infected, the ticks stay infected for life.

Much of the media coverage of this year’s professed tick-a-geddon cites the work of scientist Rick Ostfeld, an ecologist at the Cary Institute of Ecosystem Studies in Millbrook, New York, and his wife and partner, Felicia Keesing, an ecologist at Bard College. The pair are veterans of Lyme and tick research, and have been predicting a Lyme plague in 2017 for two years. Ostfeld’s research suggests that incidence of Lyme can be influenced by, among other things, a two-year chain of events that begins with a so-called mast year, when all of the oak trees in a particular region yield a bumper crop of acorns in synchrony.

The term mast comes from the Old English word mæst, nuts of forest trees that litter the ground, especially those used for fattening swine. Scientists have speculated that producing a large crop of seeds at once provides an evolutionary advantage to certain kinds of trees: There are enough left over to take root even after seed predators have been satiated. The trees seem to spend almost all of their resources on reproduction in a mast year, leaving little left over for growth, but flip this equation in the following years. The lean years may then help to control predator populations who consume the seeds. Scientists believe that trees synchronize seed production in response to environmental cues such as rainfall or temperature.

It turns out that 2015 was a mast year, while the following year saw an explosion in white-footed mice in the region, according to Ostfeld and Keesing. It is worth noting that in his research, Ostfeld only found statistically significant correlations between acorns or mice and Lyme disease incidence in New York and Connecticut, and not in the other five states he studied. And yet, researchers in Poland have also found correlations between acorns and Lyme.

Here’s how it is thought to work: A bumper crop of acorns in the northeastern United States attracts white-tailed deer into oak stands in autumn and white-footed mice and eastern chipmunks the following summer—the animal species that are among the most common hosts for black-legged ticks. Adult ticks mate on the deer in the fall and lay eggs on the ground in the spring, which turn to larval ticks in the summer. These larval ticks feed on the mice and chipmunks attracted to the acorns, as well as small birds. The following year, infected nymphs may land on human hosts, transmitting the disease in the process. The year after that, adult ticks can feed on deer and humans, though humans are much more likely to be infected by nymphs, which are harder to detect than adults. Nymphs feed in spring and summer while adults feed in the fall.

To ward off tick bites, health officials advise keeping yards trim. Mowing the lawn, cutting back overgrown brush, and cleaning up leaf litter are all thought to reduce potential exposure to tick populations in residential areas. The irony, though, is that Ostfeld, Keesing, and other scientists believe the opposite approach may be needed for our forests if we want to minimize our risk of contracting Lyme. We should leave large forest stands intact, limiting fragmentation of habitat.

In a 2001 paper, Ostfeld argues that in residential areas forest grows in chunks that are too small and fragmented to support a wide range of species—especially species that prey on ticks’ most popular hosts. Those predators include wolves, opossums, and skunks, which happen to be poor hosts for Lyme, he says. So when we cut down forests, we end up with fewer predators and thus with more deer, chipmunks, and mice, increasing our exposure to ticks.

“If we avoid chopping it up, destroying, or fragmenting the forested habitat, then we will automatically maintain that diversity of animals, most of which serve to regulate Lyme,” says Ostfeld. He and others have come to name this phenomenon the “dilution effect.” Supporters of the dilution effect believe that biodiversity helps to lower disease risk for humans as a general rule. A recent meta analysis published in July 2015 in the Proceedings of the National Academy of Sciences found widespread evidence that biodiversity in both plant and animal populations inhibits parasite spread by regulating populations of susceptible hosts or interfering with parasite transmission.

According to Ostfeld, fragmented habitats are typically most welcoming for “live fast, die young” species that are good hosts for all kinds of disease. They can carry an infection like Lyme without mounting an immune response because it is more advantageous to expend their resources on predator avoidance than fighting an infection that likely won’t kill them before they reproduce. (In the case of Lyme, this hypothesis is complicated by research that suggests some mice do, in fact, mount an immune response while others develop symptoms of Lyme disease after infection.) Another take on biodiversity and Lyme risk was published in 2014 by Canadian scientists, who found that a lack of diversity even among tick host species—and not just fewer predators—can increase Lyme disease risk.

Interestingly, not everyone agrees that biodiversity protects against Lyme or other plagues. A 2012 paper critiqued such thinking as “Panglossian,” or blindly optimistic without regard to the evidence. Others have said biodiversity plays precisely the opposite role, encouraging disease. “The emergence of Lyme disease had to do with reforestation and increased biodiversity,” counters Durland Fish, professor emeritus of epidemiology at Yale University, who studies vector-borne pathogens and disease ecology. Just look at the Amazon, he says, one of the most biodiverse regions on the planet, yet a hotbed of pathogens. “At the beginning of the 20th century, there were no deer in the northeast….No deer, no ticks, no Lyme disease.” The deer arrived with reforestation in suburban areas, he says.

Did the Lyme plague spare us this year? It’s still too early to say. Thomas Daniels, director of Fordham University’s Louis Calder Center in Armonk, New York, who has been counting ticks in Westchester for decades, says it has so far been a pretty average year. “High tick numbers lead to more bites, more bites result in more [Lyme disease] cases, but as you can imagine, many things can influence that in a given year: weather, knowledge of ticks and Lyme risk, likelihood of taking personal protection measures, amount of time spent in tick habitat,” he wrote in an email. “We’re actually analyzing our data set to better understand the system we have, but, in general, we haven’t seen a steady increase in nymphal numbers over the years. Variation from one year to the next is the norm.”

Share Tweet Email Print
Have a correction or comment about this article?
Please contact us.
biodiversitydeforestationforestsLyme DiseaseticksAmerican ScientistEcological ApplicationsEcologyPhilosophical Transactions: Biological SciencesProceedings of the National Academy of Sciences of the United States of AmericaThe Journal of Parasitology 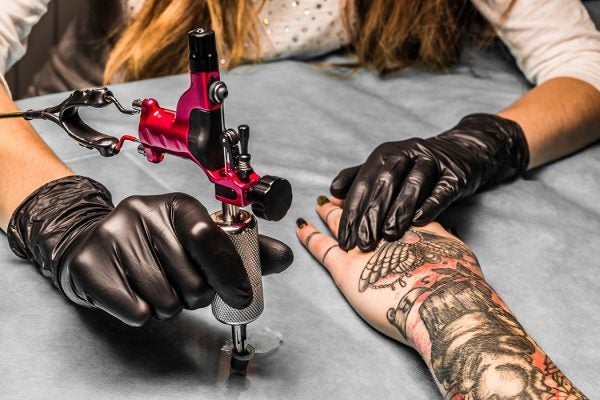 Are there serious adverse effects to injecting industrial paint under your skin? Nobody really knows. The inks used are not FDA-approved.