The Cave of Crystals is a massive cavern, filled with gigantic gypsum crystals, larger than any crystals ever before seen on Earth. 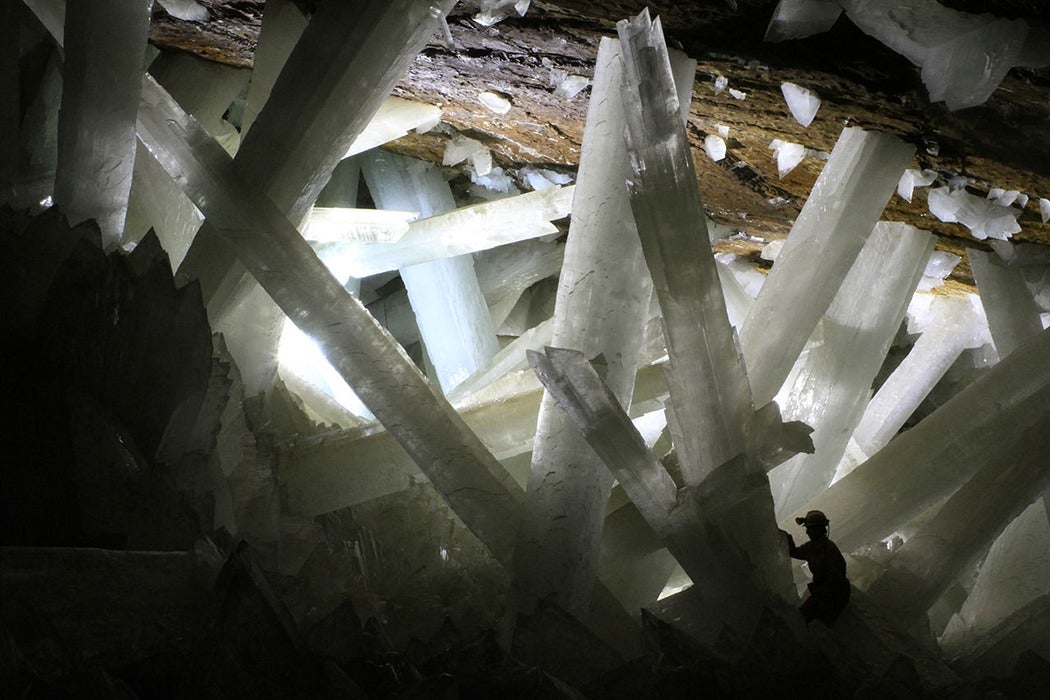 In the year 2000, miners drilled a tunnel to expand a naturally flooded zinc mine beneath Naica, Chihuahua, Mexico. When the water was pumped out, they were stunned by what they saw: a massive cavern, filled with gigantic gypsum (the main component of drywall) crystals jutting out in all directions. The crystals were larger than any seen before on Earth. The miners had discovered the Cueva de los Crystals, or The Cave of Crystals.

The crystals are immense. Some are larger than 10 meters long (~33 ft) and a meter wide, and are euhedral, with sharp, defined faces. How did the crystals get so enormous? The short answer: basic chemistry and a lot of time. The cave was full of highly-saturated mineral solution, meaning the mineral components of the crystals were dissolved in the water at a concentration so high that the water simply couldn’t hold any more. Under those circumstances, any small change in the solution would cause the dissolved materials to rapidly re-solidify (precipitate). Typically there are lots of small crystals.

In order for enormous crystals like the ones in The Cave of Crystals to form, the solution in the cavern had to have cooled extremely slowly, preventing the rapid precipitation typical of super-saturated solutions. The very gradual cooling allowed the crystals to grow over an extended period. The crystals are difficult to date; the crystals are so pure that conventional dating techniques based on impurities don’t work. Researchers had to simulate growth conditions at a microscopic scale using water samples from the cave at different temperatures. At 55 degrees C, slightly cooler than conditions in the cave, the growth rate of the crystal on their experimental patches is between 1.0 X 10 -5 to 2.2 X 10-5 nm/s.  That means that any given spot on the crystal grows at most 0.00002  billionths of a meter per second.

Temperature makes a big difference. The solution in the cave contains both gypsum and the related mineral anhydrite; below 58 degrees C gypsum is more stable than anhydrite. If the temperature drops, the rate slows precipitously to a point where crystals won’t form; at much hotter temperatures only smaller crystals can form. When all is said and done, it is estimated that the larger crystals took up to a million years or more to form.

The cave was never fully explored, in part because working conditions were not ideal. Temperatures in the cave are a balmy 58 degrees C (136 F) with extremely high humidity. Researchers studying the cavern needed special protective cooling gear and each trip into the cave had to be limited in duration. Unfortunately, the mine where the crystals are found is no longer in use, so as of February 2017, it has been reported that the mining company, which owns the property, has allowed the cave to re-flood. Before the cave was closed, numerous samples were taken, including what is believed to be a 50,000 year old bacteria sample from inside one of the crystals. 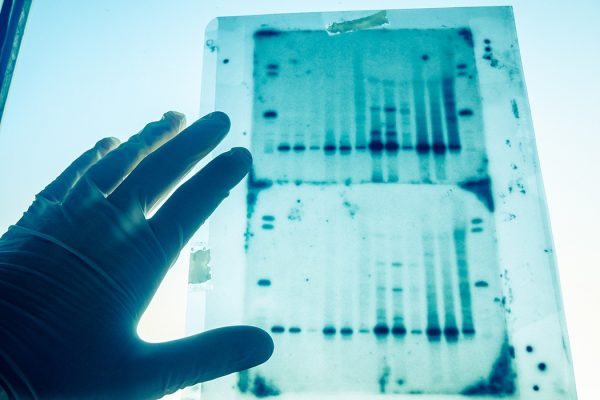 A New Kind of DNA Evidence

Should familial DNA be used in forensic investigations? How it works -- and some of the potential problems with the practice.