Environmental Racism and the Coronavirus Pandemic

COVID-19 is disproportionately deadly among people of color. Long-term environmental racism could be a major factor in this disparity. 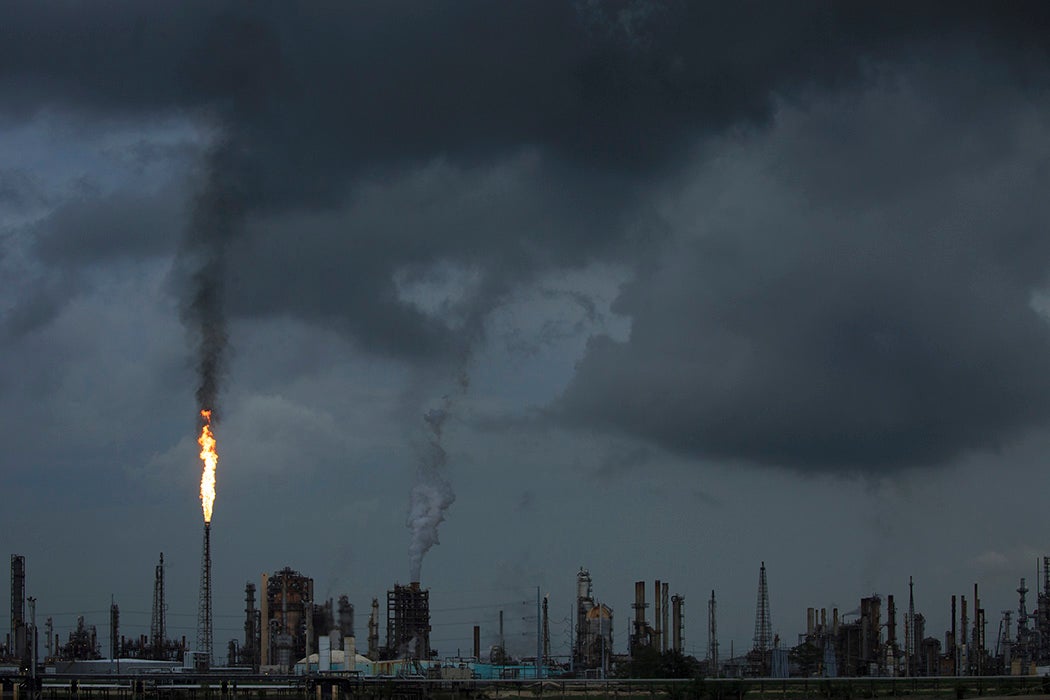 The coronavirus pandemic has affected everybody’s lives, but not equally. According to recently published data from The New York Times, Latino and Black residents of the United States have been three times as likely to become infected with coronavirus and nearly twice as likely to die from COVID-19 as their white counterparts. In an interview with Mother Jones, the epidemiologist Christina Hemphill Fuller says that isn’t a coincidence. Communities of color face more pollution in their daily lives. That can lead to lung damage (among many other conditions), which becomes a factor in COVID-19 infections and outcomes.

The fact that the communities of color are more exposed to polluted air, water, and land is not a coincidence, either. It is a historical and political fact that many researchers call environmental racism, which can take many forms.

Such racial disparities have been known to researchers for decades, and yet the discrepancies still exist.

One of the most important aspects of environmental racism is where communities of color are located: often next to landfills, oil fields, areas with high road traffic and thus car exhaust, or factories. The reasons for this are economic and political. Research finds that for years, “dirty” industries have followed the “path of least resistance“: that is, they have often found it easier to plant factories or drill oil wells near these neighborhoods, because their residents are less likely to have the resources to fight—or win—disputes over their right to live free of pollution. This exploitation is not limited to industry: governments and even the military have done it too, for various reasons. According to biochemist Martha E. Richmond, underserved communities often have the worst air quality.

Environmental justice advocates point out that such racial disparities have been known to researchers for decades, and yet the discrepancies still exist. In 1983 the U.S. General Accounting Office conducted a study, Siting of Hazardous Waste Landfills and Their Correlation with Racial and Economic Status of Surrounding Communities. The report found that three out of four commercial hazardous waste landfills in eight southern states were located in predominantly Black communities, even though only 20 percent of the area’s population was Black.

Poor people often face the false choice of “no jobs and no development” in some neighborhoods or “low-paying jobs and pollution” in others. Cars, factories, and oil refineries spew harmful chemicals into the air, including particulate matter—tiny particles present in soot and smoke, which irritate the lungs and contribute to respiratory and cardiovascular diseases, not to mention lung cancer. Ozone, a reactive form of oxygen generated when pollutants emitted by cars, refineries, power and chemical plants undergo chemical reactions in the sunlight, is another harmful compound that can cause symptoms such as chest “tightness,” even in healthy people. Chronic exposure to ozone contributes to asthma and cardiovascular problems. As a presidential candidate in 2008, Barack Obama promised to revise EPA safety standards for ozone levels, but withdrew the effort three years later due to the “fragile” nature of the recovering economy and the need to “protect” jobs. Again, industry’s interests were put before the interests of human health.

Air quality is a major factor in respiratory health, and human lung function is a marker for respiratory health and a predictor for cardiorespiratory morbidity and mortality. Environmental racism therefore tells us a great deal about what has happened to communities of color during the coronavirus pandemic.

This crisis has demonstrated just how vulnerable communities of color can be. Years of exposure to polluted air can contribute to poor health outcomes beyond what medical experts might expect. So while it is important to revive the economy now, regulatory decisions about air pollution shouldn’t be driven by industry only. People’s current and future health depend on them.