Eleanor of Aquitaine’s “Court of Love”

Allegedly, the noblewomen of Poitiers solved the problems of love, lost and found. But was the court real, or was it just the fanciful invention of historians? 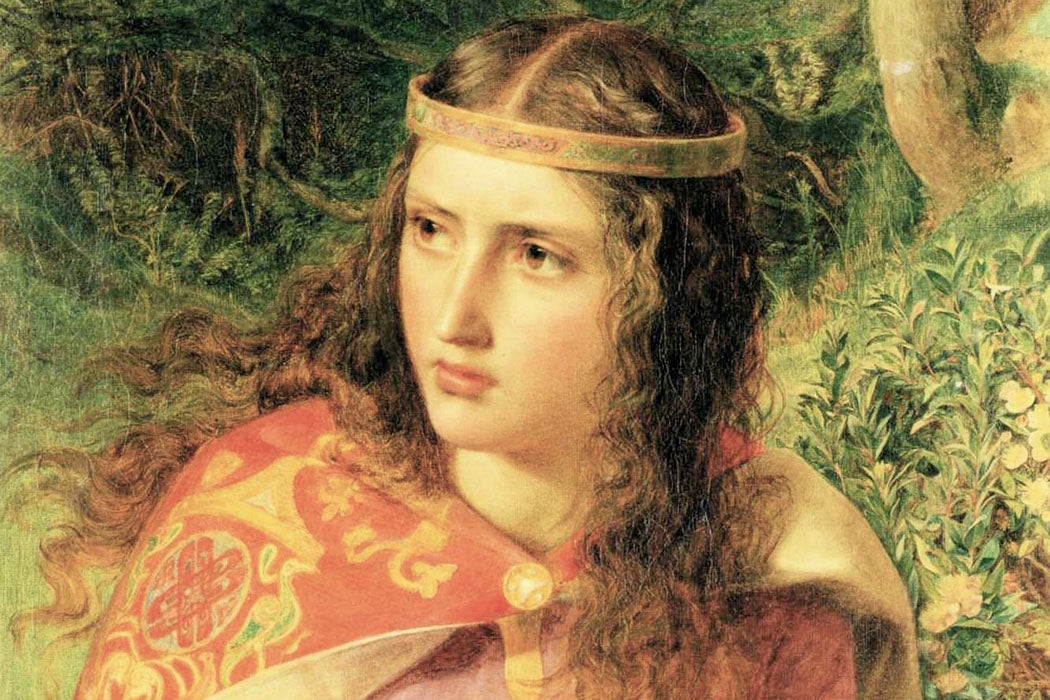 Court of Love. It sounds like the name of a romantic comedy or the premise of a reality TV show in which contestants present their relationship woes in a courtroom setting. Yet the term, and all of its allegorical aspects, can be traced back to the medieval era, where the true celebrity superstars were glamorous, powerhouse queens such as Eleanor of Aquitaine (1122–1204).

The myth of the “Court of Love” is as enduring as it is elegant. According to an account written by royal chaplain and author Andreas Capellanus, between 1168 and 1173, Eleanor and one of her daughters, Marie, Countess of Champagne, hosted regular public hearings, judged and juried by the noblewomen of the court in the city of Poitiers. Lovers presented their dilemmas, and the women deliberated amongst themselves on solutions. No other court in Europe boasted such an agenda, though some, finding it fashionable, may have adopted the process more privately. Poitiers was a cultural capital, a setting for troubadours—the musicians and poets of the Middle Ages—to thrive. It was there that the legendary medieval notion of “chivalry”—a behavioral code of conduct for knights and men courting women—was discussed, practiced, and embraced. But this didn’t mean that there were never rows or disagreements between people in love.

Could the Court of Love have been a means for reliving the passion of her own tragic romance with her uncle?

As Dina Portway Dobson’s chronicle of the queen’s life reminds us, if anyone was qualified to advise others on how to manage a turbulent and unsatisfactory love life, it was Eleanor. She’d been married first to Louis VII of France, who was known to have had a frosty demeanor and a general disinterest in marital congress. “The inefficient and monk-ridden Louis was no fit mate for her,” concludes Dobson.

When that marriage crumbled, Eleanor united with the rakish Henry, Duke of Normandy—soon to be King Henry II of England—who sought sexual relations with as many women as he could, whenever he could. Eleanor herself wasn’t a perfect model of chastity. Historian Alison Weir asserts that the great love of Eleanor’s life was her own uncle Raymond, a forbidden affair that was a contributing factor to the annulment of her marriage with Louis. “Indeed,” writes Weir, “the relationship between them provoked such an enduring scandal, and so upset the King [Louis], that it is entirely credible that there was a degree of sexual involvement.”

There’s no doubt that Eleanor could conduct an experimental assembly like the Court of Love, smoothly and with ease. The question is, why would she do it? Why would a politically active queen, in charge of an enormous household and the matriarch of a royal family, delegate any of her time to solving other women’s romantic woes? Could the Court of Love have been a means for reliving the passion of her own tragic romance with her uncle?

In an early-twentieth-century study of Eleanor, Amy Kelly maintains that the Court of Love was the brainchild of Marie, Countess of Champagne, and that Eleanor’s participation was part of a joint campaign to establish their own reputations, separate from the achievements of their husbands.

“Here was a woman’s assize to draw men from the excitements of the tilt and the hunt, from dice and games, to feminine society, an assize to outlaw boorishness and compel the tribute of adulation to female majesty,” argues Kelly.

So was the Court of Love real, or was it just the fanciful invention of historians looking to shroud Eleanor’s monumental reign in a rose-colored veil? Until humanity develops the ability to time-travel, we’ll never know. Nevertheless, it makes for an intriguing tale, one that will continue to be the basis of historical speculation and romantic fiction. Or perhaps a successful, harmonious marriage of both. 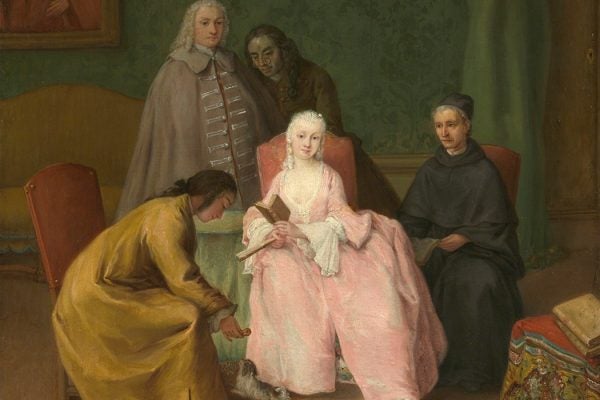