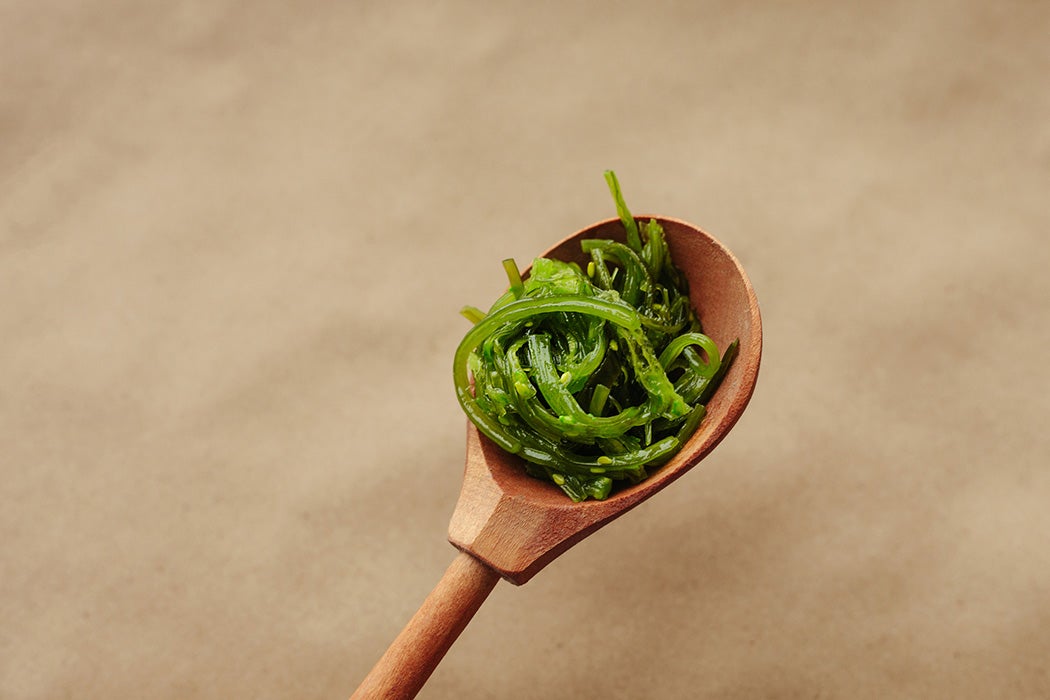 The kelp highway hypothesis of human settlement of the Americans posits that people migrated along the coasts from northern Asia. As they traveled, they harvested the incredible diversity of marine life in the kelp forests of the northern Pacific. Whatever the story of the peopling of the Americas, the first peoples certainly have been using several species of the algae we call seaweed as food for at least fourteen thousand years—a date based on the findings of edible seaweed remains in Monte Verde in southern Chile.

The very name “seaweed” is a bit pejorative, conjuring up an image of “smelly, slimy, and rotting masses stranded on beaches.”

Pérez-Lloréns argues that this is changing as “phycogastronomy” filters down through the mainstream. (“Phyco” comes from the ancient Greek for seaweed; phycology is the scientific study of algae.) He sees a dissemination from the most expensive/trendiest restaurants—seven of the top ten in 2017 had seaweed on their menus; kelp ranked fifth on a top-twenty food trend survey in 2019—to local restaurants and supermarkets.

For some people of European descent, seaweed has a reputation as a starvation food, resorted to, for instance, during the Irish potato famine. The very name “seaweed” is a bit pejorative, conjuring up an image of “smelly, slimy, and rotting masses stranded on beaches.” But partisans and marketeers now go with terms like “sea vegetable” and “ocean or sea greens”—although they’re not vegetables (the fruits of flowering plant) or even necessarily all green.

In fact, writes writes Pérez-Lloréns, “most seaweed species are completely unexplored from the point of view of their gastronomical and nutritional potentials.” Only “150–200” species are used in even the oldest seaweed-eating traditions of Asia, which is at most 2 percent of the total number of known green, red, and brown seaweed species. In the West, “this figure drops to just over a dozen [0.12% of the total]” species.

But whether it’s for taste, nutrition, or just color on the plate, seaweeds are gaining greater acceptance in the Americas. Chinese, Japanese, Korean, Irish, Scottish, Scandinavian, and numerous Indigenous American seaweed traditions are being merged, coopted, adopted, and fused. The model here is the “California sushi roll,” which replaced the traditional Japanese raw fish with avocado and helped pave the way for more traditional sushi’s wide-spread adoption in North America.

As a matter of fact, a lot of people are already eating seaweed without knowing it. Carrageenan extracted from red seaweed is widely used in the food industry to thicken, jell, and stabilize processed foods. Examples include ice creams, salad dressings, sauces, soy and other plant milks, diet sodas, and processed meats like pâtés and hams. It’s also used to clarify beer and to make pet food. The personal care industry also uses carrageenan in such things as toothpaste, shampoo, and personal lubricants.

Of course, any discussion of seaweed as food has to mention the potential of seaweed as fuel. (It’s not unlike corn in this regard.) Will we be eating a lot more of it or using it power our machines? Or both? After all, all that’s needed for seaweed to make more seaweed is sunlight and seawater.