France’s Yellow Vests have been protesting for months on end. Such protests are an integral part of France’s culture. 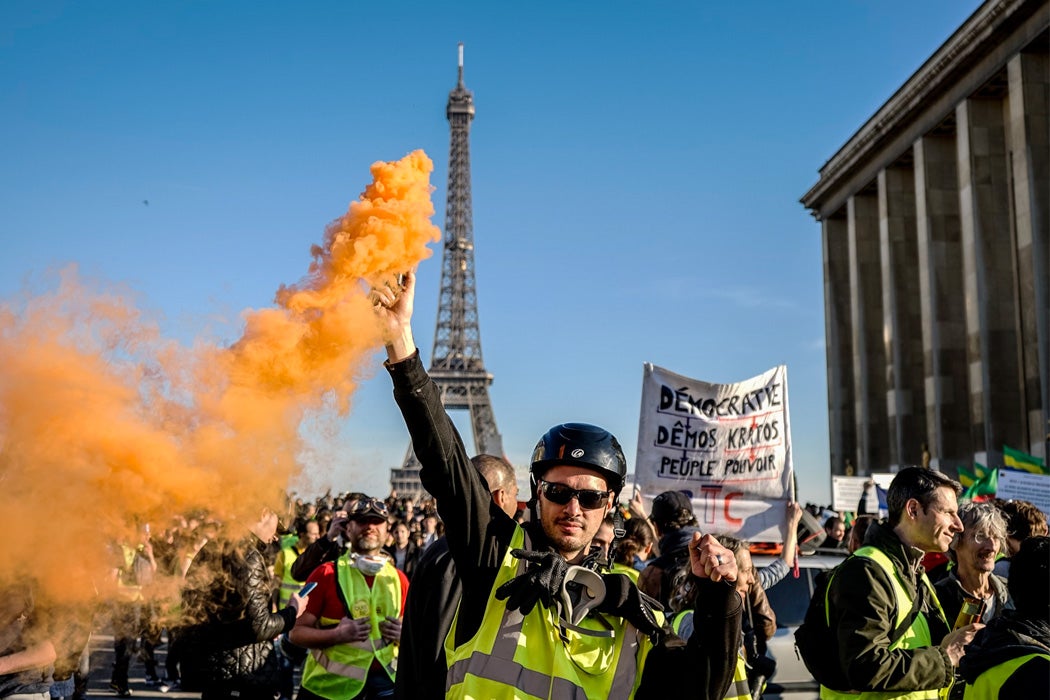 Since November of 2018, protestors from France’s urban peripheries have poured into the country’s biggest cities every other Saturday. Their demands range from rent control and a higher minimum wage to broader wealth redistribution. The protestors’ hi-vis yellow jackets—mandatory for all drivers to keep inside vehicles under French law—have earned them the moniker gilet jaunes, or “yellow vests.” The gilet jaunes are anti-system, anti-globalization, and anti-Macron. They operate without appointed leaders or spokesmen, and conduct all organizational activities via Facebook.

Observers describe French political culture as “contentious” and “prone to rioting.” But are the French more inclined to protest than other nationalities? For political scientist Frank L. Wilson, demonstrations in France are as much about ritualized theatrics as they are about political issues.

Wilson writes that French politicians expect citizens to protest, and French citizens in turn do not hesitate to express their disappointment or anger in the streets. And yet France actually ranks only third out of the five largest Western democracies in the number of protest events held over a thirty-year period. Still, the stereotype of the protesting French persists. Wilson links this very visible image of a “protest society” to the colorful tactics used by demonstrators, their focus on Paris, and a firm anti-establishment position.

These narrow policy concessions do not address the larger demands for a wealth tax or housing raised by the gilet jaunes.

Wilson suggests that policymaking in response to protest events should be not be the only measure of the protests’ efficacy. Protests usually crystallize over vetoing existing policies rather than proposing new ones. The gilet jaunes did, however, release a collectively-written People’s Directives in December. The list of forty-two demands includes “zero homelessness” and higher taxes on aviation fuel. Although President Macron has rolled back the hated universal fuel tax and offered a revision of the state pension scheme, these narrow policy concessions do not address the larger demands for a wealth tax or housing raised by the gilet jaunes.

Wilson warns that theatrical protest tactics can over time result in a loss of public support for the protestors’ aims. By all indications, the gilet jaunes are running out of steam. Injuries borne by protestors from rubber bullets and law enforcement brutality are rising. Traffic go-slows, road blockades, and destruction of property by the gilet jaunes are testing the commuters’ patience. Only time will tell for how long they can hold on to the French public’s (and the world’s) attention.

The gilet jaunes are not the first French people to march down the Champs Elysées or deface the Arc de Triomphe; nor will they be the last. Wilson writes that as a popular art form, protesting in France has its own traditions that produce deep emotions among participants and bystanders alike.