The convention was also notable because hundreds of Knights of the Ku Klux Klan attended as delegates. 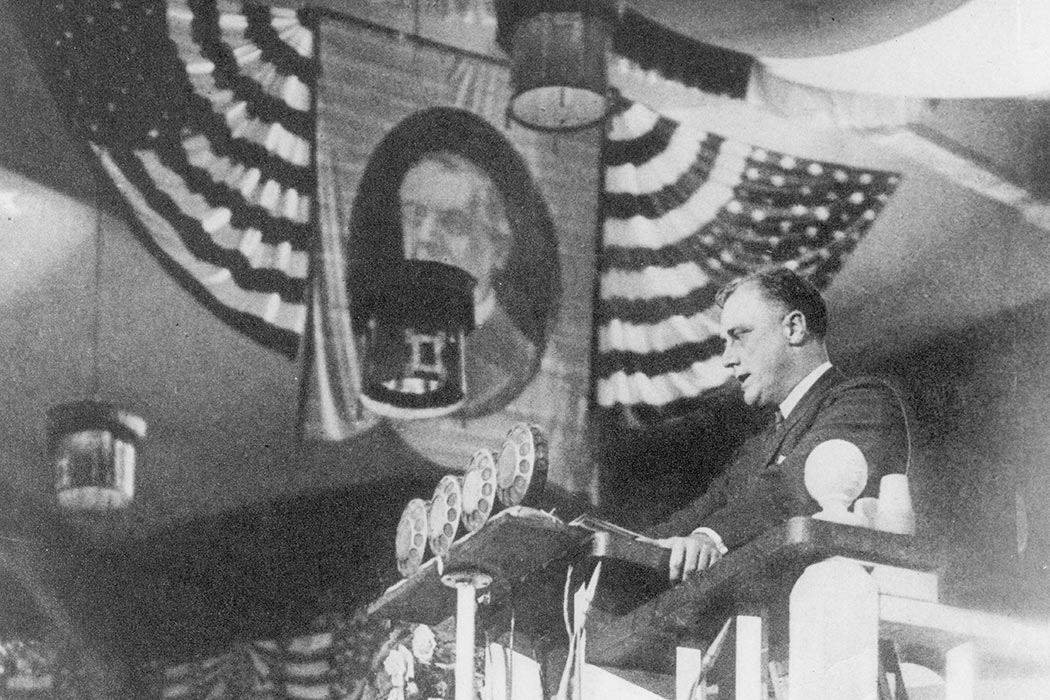 Four years ago, the Democrats were heading for what some thought might be a “contested convention”. It’s been a while since any of these quadrennial political spectacles have been anything but scripted, but earlier conventions were sometimes dramatic affairs of intra-party rivalry, with party bosses brokering fateful deals without benefit of air-conditioning.

One of the these rough and tumble battles was the 1924 Democratic Convention in New York’s old Madison Square Garden. Rory McVeigh calls it “one of the most memorable and tumultuous Democratic conventions in the nation’s history.”

It took 103 ballots of the delegates before the deadlock between William Gibbs McAdoo and Alfred E. Smith was broken.

It took 103 ballots of the delegates before the deadlock between William Gibbs McAdoo and Alfred E. Smith was broken. McAdoo, the son-in-law of the last Democratic President, Woodrow Wilson, was the candidate of rural America: Protestant, prohibitionist, anti-machine politics. Smith was Catholic, anti-prohibition, pro-labor, pro-immigrant, and the face of a new urban nation feared by McAdoo supporters.

To say the party was riven is an understatement. And ultimately neither man got the nod: the deadlock was broken in favor of the dark horse John W. Davis—who lost to the incumbent Calvin Coolidge later that year.

The convention was also notable because hundreds of Knights of the Ku Klux Klan attended as delegates. For this wasn’t just a battle over who would represent the Democrats in the election, it was also about what the Democrats represented. One of the proposed platform planks condemned the KKK by name: it failed by a narrow vote. (At the Republican convention, meanwhile, an anti-Klan plank never even made it to a vote.) One reporter at the time purportedly referred to the convention as a “klanbake,” a fraught term that has since been deployed by the right to discredit the Democrats.

In fact, the convention took place in  an era when 3-6 million Americans were members of the Klan. Governors of Oregon, Colorado, and Kansas were elected with Klan support in the early 1920s; the Governor of Indiana was an outright Klansman. Klan appeal was bipartisan, and much more mainstream than the first, post-Civil War version: the Roaring Twenties Klan was middle class, with substantial clergy support, and had membership in all 48 states.

By the Depression, the Klan’s power was much reduced—in Indiana, the Grand Dragon, self-proclaimed defender of “Protestant womanhood,” was convicted of kidnapping, rape and murder. Thankfully, membership plummeted after that scandal.

Editor’s Note: An earlier version of this story implied that the 1924 Democratic convention was widely known as a “Klanbake;” however this term has a complex history as the Washington Post and other publications have demonstrated. The lede and subtitle have been updated. 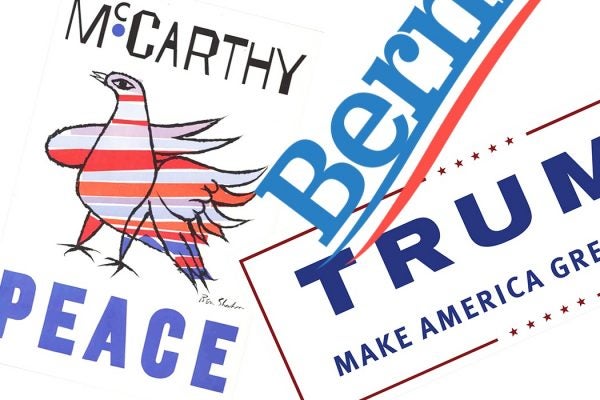 As the Republican and Democratic party conventions approach, many wonder which way the "political amateur" delegates will vote.