The forest’s unique ecosystem protects the world’s largest carbon sink—the Earth’s permafrost layer. But for how much longer? 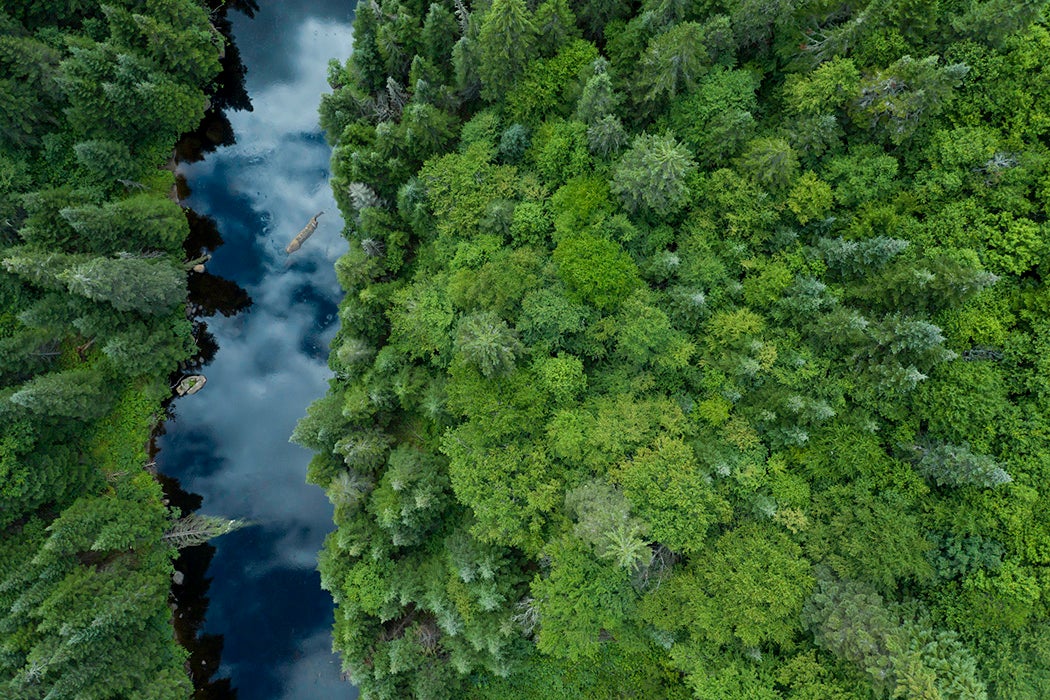 Much of the United States has been experiencing periodic heat waves this summer, which has contributed to droughts, fires, and overall discomfort. But the heat wave has extended all the way to the boreal forest, a unique ecosystem in the northern hemisphere that is one of the largest carbon sinks in the world.

The boreal forest represents 30 percent of the total forested area in the world and provides many different ecosystem service values, such as culture, wood, and carbon storage. But climate change and periodic warming are leading to species decline, permafrost melt, and increased fires—all effects that could drastically change the world’s carbon balance. In a 2015 study, a group of authors led by S. Gauthier explored the value and future of the boreal forest.

The boreal forest spreads across parts of Canada, Russia, and Alaska, and is one of the least-managed forests in the world, meaning much of it is not harvested for lumber. Because of the cold conditions—six to eight months of the year have freezing temperatures—only a few tree species can live there, including pine, larch, and tamarack species.

Twenty percent of the carbon held in forests in the world is in the boreal forest.

Because the boreal forest is not managed as intensely as other forests, the trees have been able to grow undisturbed, amassing large amounts of carbon in their roots and trunks. Twenty percent of the carbon held in forests in the world is in the boreal forest. But most of the carbon is found in the permafrost, an underground layer of ice, rock, sand, and soil that is below freezing. The permafrost layer represents the largest carbon sink in the world.

Of all the biomes with forests, the boreal forest is projected to experience the largest temperature shift. So far, temperatures have shifted up to 1.5 degrees Celsius, and by the end of the century temperatures could increase by 11 degrees Celsius—a lot for an ecosystem that is generally below freezing.

The tree species in the boreal forest are well adapted to cool temperatures but may suffer in a warmer climate. Invasive forest pests like the Siberian moth or mountain pine beetle could also move further north and spread quickly, which could eradicate some tree species.

Despite the cool temperatures, these ecosystems rely on fire. Fire is important to regenerate tree species like aspen and lodgepole pine. But too many fires coming too often threatens tree health and species diversity. Frequent fire also threatens the permafrost—it can also lead to burning belowground, which melts the permafrost and can emit large amounts of carbon in a short time.

Some experts believe the boreal forest is already shifting from a carbon sink to a carbon source, meaning it emits more carbon than it stores. The long-term sustainability of this ecosystem will rely on management to encourage carbon storage and promote biodiversity.

The researchers argue for more study of this unique, northern ecosystem: “To support critical and timely action across the boreal forest, global discussions on sustainable development, biodiversity conservation, and climate change mitigation need to place a greater focus on this vast biome.”