In the years following World War II, the Japanese people looked to Santa Claus as a symbol of not just kindness and beneficence, but of modernity. 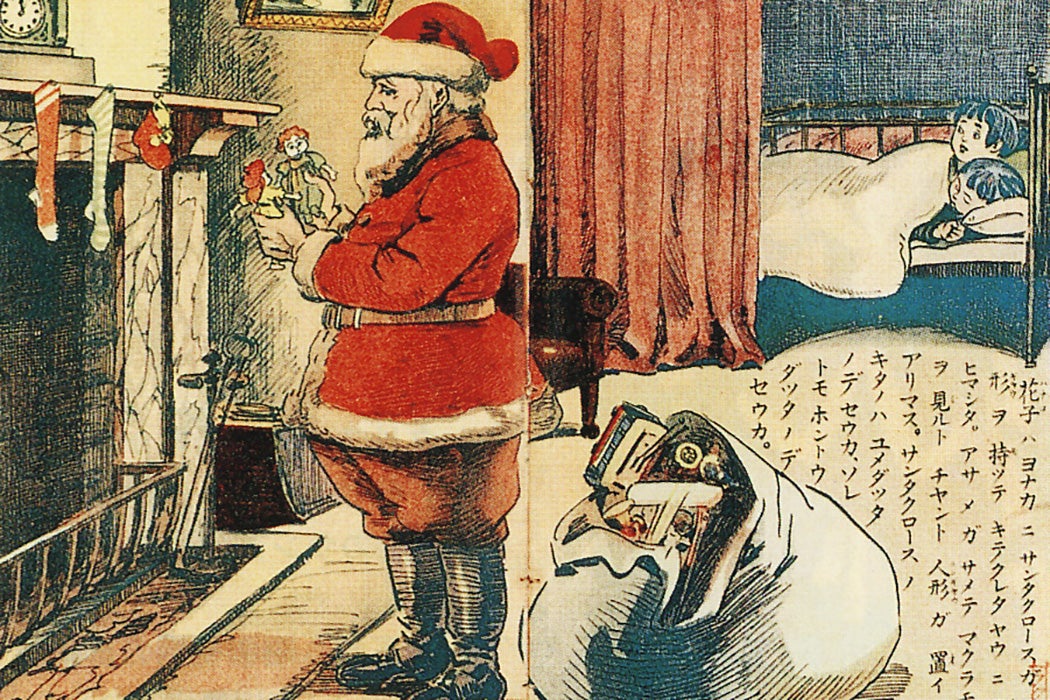 Although only about 1 percent of Japan’s population identifies as Christian, Christmas is celebrated across the Japanese islands.

Anthropologist David W. Plath observed a growing tradition of celebrating Christmas in Japan in the 1960s. Originally introduced by missionaries in the sixteenth century, the holiday and its trappings only really gained traction in the nineteenth century.

“By the 1870s some famous Tokyo stores such as Maruzen and the Meiji-ya were displaying Christmas decorations and were importing Christmas cards and gifts,” Plath noted, and by the 1920s, “Christmas was percolating downward and outward into the lower classes and rural regions.”

Christmas is traditionally a religious holiday, but the embrace of it across the Japanese archipelago indicated a secular significance as well.

The years of US occupation after World War II more directly inserted Christmas into Japanese popular culture, and Plath found that in the post-occupation era, “Christmas has not only been encouraged by the mass media and the retail merchants; it has further been encouraged by school English readers…with their chapters on an American family Christmas, or again by school teachers who sometimes praise the event as ‘democratic.’”

Christmas is traditionally a religious holiday, but the embrace of it across the archipelago indicated a secular significance as well. Plath noted that in a survey of people living in the Nagano Prefecture, around half of the respondents said they had a Christmas tree, even if they practiced another religion.

“Christmas usually is listed in calendars issued by Shinto and Buddhist organizations in Japan, which apparently do not interpret it as a religious threat,” Plath explained. He even found evidence of attempts to make December 25, the Anglo-American Christmas (as opposed to a December 6 St. Nicholas Day), a national holiday to be known as “International Goodwill Day.” The proposal prompted “several newspapers to wonder whether such a gesture would be regarded as international goodwill by people in Islamic and Buddhist nations.”

Even if the new holiday was questioned by some, Christmas fit well within the existing year-end holiday season, which opened with the winter solstice and closed on New Year’s Eve. The embrace of the holiday could partly be explained by its easy absorption into year-end revelry:

Christmas comes early enough so that it does not interfere in a crippling way with household preparations for the New Year. The only persons seriously bothered are storekeepers and their salespeople, who by mid-December are embroiled in year-end bargain sales. Christmas also comes close on the heels of the solstice observance, and most Anchiku households still honor the day, usually by preparing a dish of “solstice squash” (toji no kabocha).

Plath observed several differences from an Anglo-American celebration. There wasn’t a great emphasis on the exchange of Christmas cards, for instance. Many homes had a sparsely decorated Christmas tree inside, but it wasn’t as impressive as its New Year’s competitor, the “gate-pine” (kadomatsu), outside. And instead of placing presents under the tree, parents put them on their children’s pillows during the night.

At the same time, Plath found Christmas celebrations in Tokyo quite recognizable.

“In the downtown stores and streets of Tokyo or Osaka the decorative trees, Santas, angels, and candy canes are every bit as gigantic as in Chicago or San Francisco,” he claimed. Christmas music was “inescapable.” Mixed-gender social parties were growing more popular (“This is one reason why some Japanese see Christmas as democratic.”), as were cross-generational gift exchanges. Parents told their children stories about Santa Claus, as well.

“The Japanese call him ‘Grandfather Santa Claus’ (Santa Kurosu no ojiisan),” Plath discovered, in contrast with

Father Christmas, Père Noël, Kris Kringle, or Midwest American “Santy.” The term for grandfather applies both patrilaterally and matrilaterally, and like grandparental terms in many cultures it has strong connotations of kindness and beneficence.

The other special attribute of Santa was his newness. “Grandfather Santa Claus is not just another kindly old man but a kindly gift-bringer who also is every bit as up-to-date, every bit a part of the modern world, as is Miss Universe,” Plath explained. The Japanese people saw him as symbolic of a rapidly developing post-war culture.

“The popular Christmas seems to offer to many peoples one means, however small, for making sense of life in a modern milieu. And if the Japanese are somewhat more captivated by the Santa Claus cult than other non-western peoples, this would seem no more than correlate with the recognized extent of Japan’s modernity,” concluded Plath. 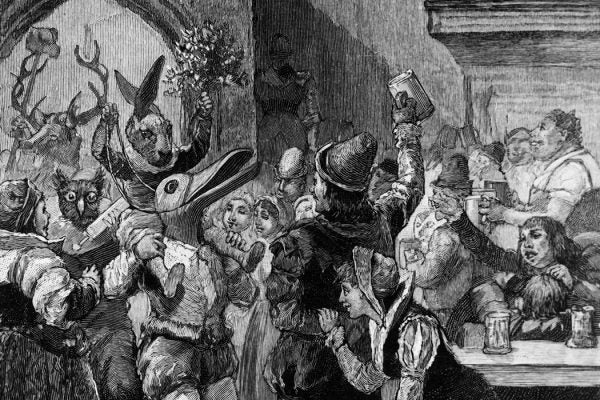 'Twas the night before Christmas, and an undead Jesus walked the earth. No wonder early modern Jews played games and sang songs to scare him off.