Can the US and China Avoid the Thucydides Trap?

The “Thucydides trap” refers to the theory that when a rising power threatens a ruling power, the result is often war. Are the US and China headed there? 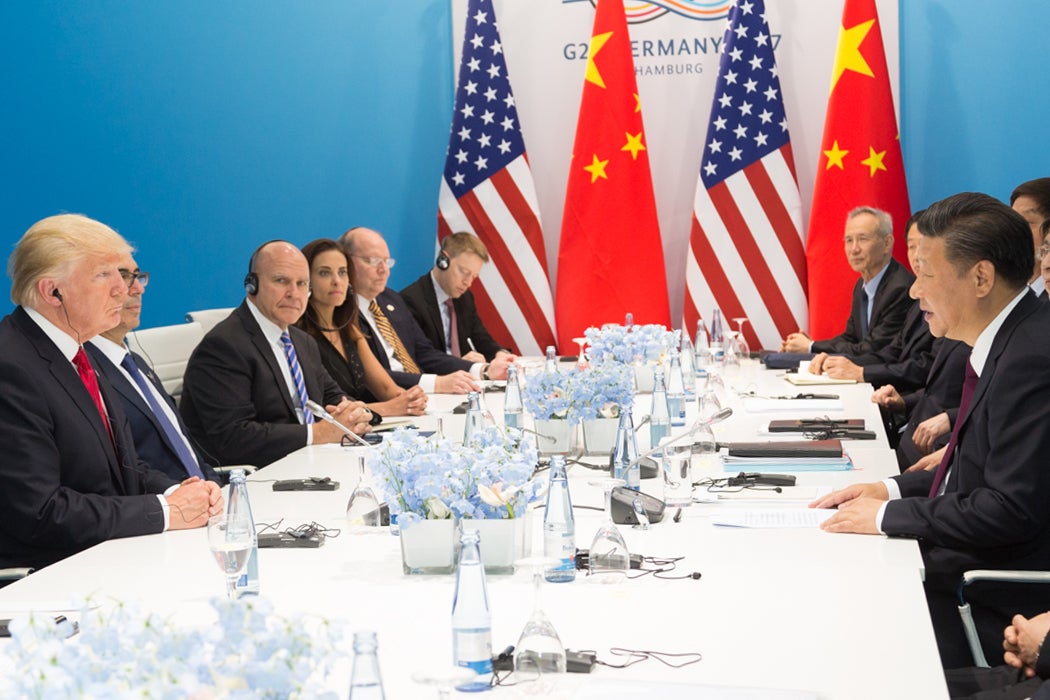 The United States of America and the People’s Republic of China have long been two proverbial bulls in a pen: two powerful giants, accustomed to control and domination, naturally at odds with each other.

Today, there are a number of hot button issues that threaten the delicate balance between the U.S. and China.

The two seem destined to fall into the Thucydides trap—a term popularized by Harvard scholar Graham Allison. It refers to the Greek historian Thucydides’s account of the Peloponnesian War. The event birthed the theory that when a rising power threatens a ruling power, the result is almost inevitably war. As scholar Bonnie Glaser summarized, according to Thucydides, “In the fifth century BC, Sparta’s fear of Athens’s rise created a security dilemma that produced competition, then confrontation, and finally conflict.” In twelve of the sixteen examples throughout history, war has broken out.

Today, there are a number of hot button issues that threaten the delicate balance between the US and China.

One is the denuclearization of North Korea, which has captured headlines worldwide. As the scholars point out, both China and the US want Pyongyang to denuclearize. At the same time, they differ in their approaches.

Another conflict is China’s digital policing and its use of cyber espionage, which have long concerned Western society. While Edward Snowden’s revelations about the N.S.A. weakened the US’s moral authority on the matter, the subject nonetheless remains a cultural area of contention.

Glaser also highlights the risk of a “Cold War-type strategic competition between the US and China. If Chinese leaders became convinced that the United States is seeking to constrain China’s rise, they may conclude that a cooperative relationship with the US is impossible.”

Most of China’s neighbours would be unwilling to side with the US in a Cold War competition with China. Although these nations would prefer to have good relations with both the US and China, if forced to choose, they may opt to accommodate Beijing, especially if they view the US as unable or unwilling to provide an effective counterweight to growing China.

There are many other sticking points between the two superpowers: Tibet; Taiwan; Human rights. Both President Obama and Xi Jinping recognized avoiding the Thucydides Trap as a unique challenge faced by their countries. It is unclear that today’s leaders feel the same compunction.

Glaser concludes, “Given the prevailing risks, leaders in both countries must agree on how to avoid confrontations and flash points, and find more ways to cooperate in support of shared interests. In the longer run, they may have to make adjustments to accommodate each other’s bottom line interests.”