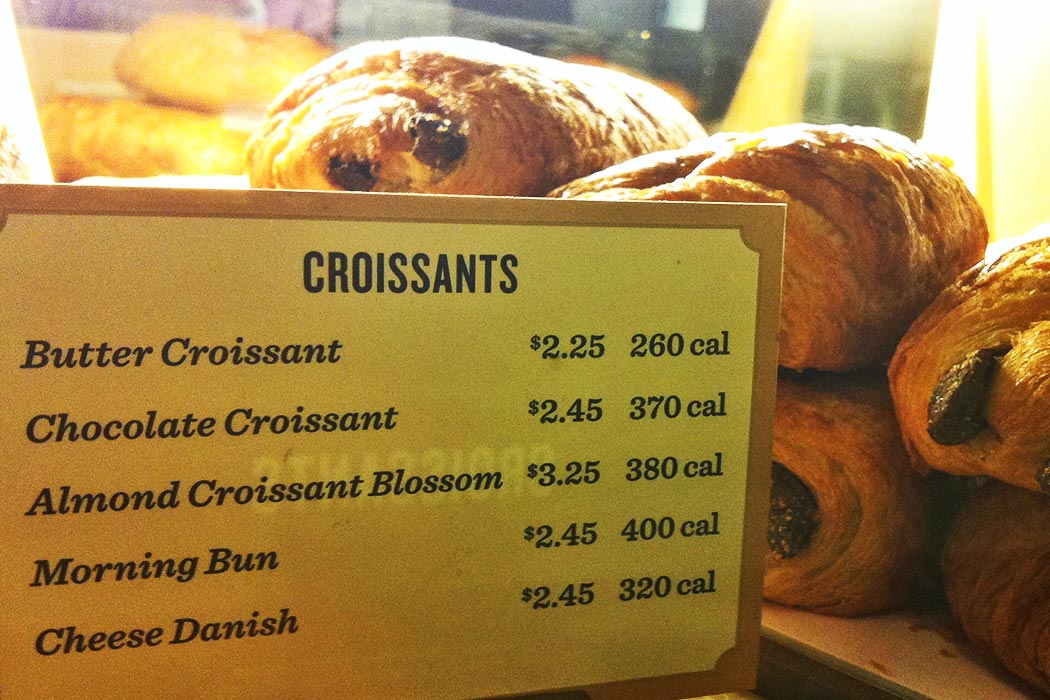 If you’d love to lose a few pounds, you may welcome the FDA’s recent announcement: By November 2015, ready-to-eat food retailers must prominently disclose the calorie content of everything on their menus, including alcoholic drinks and other beverages. The new rules apply to virtually all purveyors with 20 or more locations, including chain restaurants, pizza parlors, convenience stores, supermarkets, vending machines—even movie theaters and amusement parks.

Public health advocates applaud the move, prompted by a low-profile provision of the 2010 Affordable Care Act and intended to help fight obesity. At a time when Americans consume about a third of their calories away from home, the idea is that people will shun treats like double bacon cheeseburgers and extra-large mocha lattes (or at least order them less frequently) when they know the caloric price of indulgence.

“Obesity is a national epidemic that affects millions of Americans,” said FDA commissioner Dr. Margaret Hamburg. “Making calorie information available on chain restaurant menus and vending machines is an important step for public health that will help consumers make informed choices for themselves and their families”. In addition to this general goal, supporters believe that newly educated consumers will demand alternatives to 1,200-calorie sandwiches and 500-calorie bagels. “The new labels will help calorie-conscious consumers and when adopted nationwide might well lead restaurants and other food sellers to create healthier options with fewer calories,” editorialized The New York Times.

But not everyone is biting. Opponents frame the policy as over-regulation: Because businesses will pass along the cost of compliance, they argue, the new rules will have more impact on consumers’ wallets than on their waistlines. For example, the supermarket industry association claims its members will need to spend hundreds of millions of dollars to label items in their bakeries, salad bars, and hot food buffets.

Skeptics point out that there is no proven link between calorie disclosure and weight loss (or gain). While people will be better informed, there’s no guarantee they will act on the information as the FDA hopes—that is, by cutting back enough to actually slim down. After all, according to WebMD, it takes a reduction of approximately 500 calories a day, or 3,500 every seven days, to lose a pound a week; that’s a lot of muffins and cappuccinos.

So which side is right? Both, according to economists and consumer behavior scholars. Whether you support the new policy, or see it as a feel-good sop to nutrition fanatics, there is food for thought in the findings of experiments and field studies that have tested the impact of such rules in a range of limited, though realistic, settings. The research documents significant changes in buyer behavior—but without conclusive evidence that an informed consumer is a thinner one.

A key issue in the debate is causality: Does easy access to rich, delicious, ready-to-eat food make people fat? In a 2011 paper in American Economic Journal: Applied Economics, Michael L. Anderson of the University of California, Berkeley and David A. Matsa of Northwestern University framed this question in an innovative, practical way. If restaurants cause weight gain, they asked, wouldn’t we see increased obesity among consumers who live closest to the outlets of popular chains like McDonald’s and KFC?

To test this theory, they studied obesity rates in communities adjacent to interstate highways. Because a disproportionate number of restaurants are typically located at these junctions, people who live nearby incur relatively low “distance costs” (in terms of time and transportation) to take advantage of fattening treats. Assuming such consumers act as rational agents—maximizing purchases of a desired item when its costs are minimized—they could be expected to routinely over-indulge.

But residents of restaurant-rich locales were no more likely to be overweight than the general population, based on the distribution of average Body Mass Index (the standard measure of obesity in the medical literature). To figure out why, Anderson and Matsa analyzed government surveys of eating patterns across the US. The data showed that people who consumed a lot of out-of-home meals offset the extra calories by eating less than usual in other settings—so their overall calorie consumption was generally unaffected by what they chose in restaurants.

Another finding was also significant to the debate about disclosure rules: It turned out that obese individuals were partial to high-calorie, nutritionally deficient edibles no matter where they ate—including ice cream, processed cheese, bacon, baked sweets, crackers, potato chips, fries, candies, soft drinks, and beer. This means that even if the FDA policy results in healthier restaurant options, patrons with the most serious weight problems may still stock their refrigerators with junk foods. As the researchers observed: “…Regulating restaurants may only lead consumers to shift consumption to other sources rather than to reduce total caloric intake.”

A team of Stanford University economists studied the impact of mandatory calorie posting in New York City, where chain restaurants were first required to disclose this information on menus in 2008. Bryan Bollinger, Phillip Leslie, and Alan Sorensen obtained purchase data from Starbucks, enabling them to analyze the average calories in each New York City transaction before and after implementation of the law. They also surveyed customers in Seattle, which began requiring disclosure in 2009: Seattle buyers were asked to rate the importance of taste, price, and calories as factors in their choices.

The transaction analysis seemed a clear win for disclosure, showing a 6 percent decrease in calories per purchase after the New York rule took effect. This reduction was not a short-term dip; it persisted throughout the 10-month span of the data.

The survey results, however, were less sanguine. Calories were the least important factor to Starbucks patrons in Seattle, both before and after mandatory disclosure. In their 2011 paper in American Economic Journal: Economic Policy, the team commented: “While it may not be surprising that people who go to Starbucks do so for the taste rather than the healthfulness of its offerings, these results support the claim that people are less concerned about calories than they are about taste and price when they consume fast food—an argument that was put forward for why calorie posting would have no impact on consumer choice at fast food restaurants.”

Like the work of these economists, studies conducted by marketing scholars also dish up a mixture of hope and doubt. John C. Kozup of Villanova University and Elizabeth H. Creyer and Scot Burton of the University of Arkansas recognized that, in general, a buyer’s frame of reference can play a major role in her decisions; for instance, she may be willing to pay a high price for Brand A only when it is shelved between even costlier Brands B and C. Writing in the Journal of Marketing in 2003, they asked: Could people’s evaluations of a specific restaurant item be influenced by what else is on the menu? The researchers suspected, for example, that consumers might make different judgments about the healthfulness of lean sirloin steak “…depending on whether it is presented on a ‘steakhouse’ menu (containing many high fat, high cholesterol items) or on a more ‘vegetarian’ menu (containing many low fat items).”

A series of experiments supported their theory. Consumers were more inclined to purchase a healthy food when the alternatives were clearly unhealthy. However, people’s choices were much less affected by the poor nutritional profile of a particular item if all the options were high in fat, sodium, and cholesterol.

While this research did not focus on calories per se, its relevance is clear. It may mean that calorie disclosure will prompt consumers to think twice about breakfasting on a supersized chocolate croissant—but only if other choices are better. Otherwise, they may keep scarfing down the same sugary, fat-drenched products.

Of course, public health information on any topic can only change behavior if people pay attention to it. This critical angle was explored in the Journal of Consumer Research in 2009 by Elizabeth A. Howlett and Scot Burton of the University of Arkansas, Kenneth Bates of the University of San Diego, and Kyle Huggins of James Madison University, who hypothesized that consumers differ in their degree of “motivation to process nutrition information.” Defining this characteristic as “an enduring predisposition to attend to and use nutrition information in a goal-directed manner,” they measured its influence on research participants who consumed a sandwich—then learned it had 960 calories.

When people didn’t expect the hefty calorie count of the sandwich, they cut back on what they ate later in the day—the same offsetting behavior noted by Anderson and Matsa. However, highly motivated people were much more likely than others to make this adjustment. While lauding the potential public health benefit of calorie disclosure, the researchers concluded: “The lack of easily accessible, accurate nutrition information may be a relatively small part of the obesity problem. Information provision will not benefit consumers who lack the motivation to utilize that information during their judgment and decision-making processes.”

Bottom line: The skinny on calorie disclosure will continue to evolve. In the meantime, the topic is sure to generate lots of conversation over double-stuffed pizzas, strawberry smoothies, and the other foods that bring Americans both pleasure and pounds. 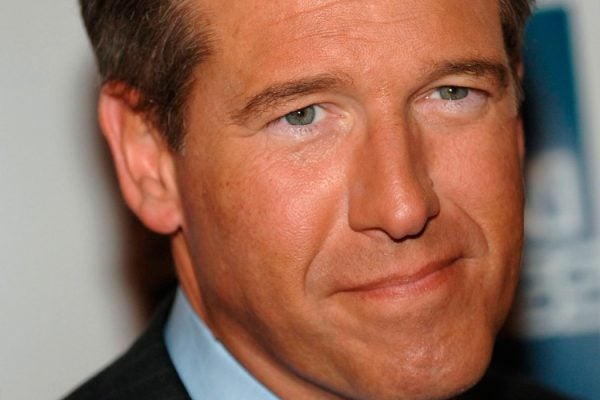 Brian Williams and Our Treacherous Memories

There’s been some hand-wringing from pundits about truth and memory in the wake of Brian Williams recent embellishments.