A few miles off the coast of the Bronx is Hart Island, a potter’s field where New York City’s poor and unclaimed dead are buried. 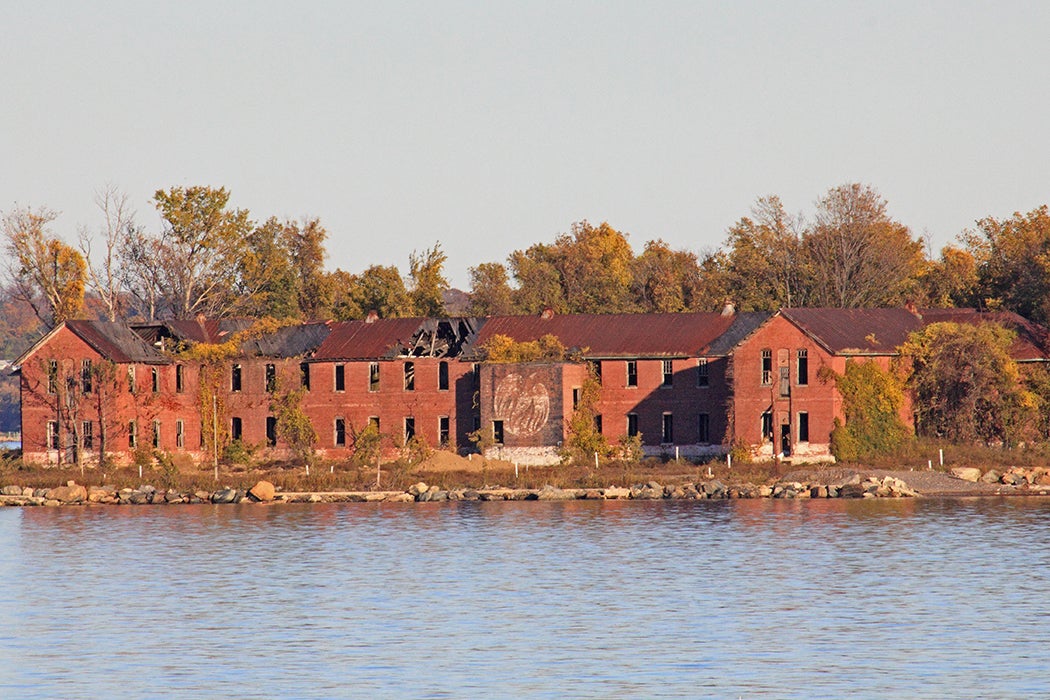 A few miles from Manhattan there is a parallel New York. Instead of screeching subway trains and fragrant roasted nut stands, granite-and-glass museums and million-dollar skyscrapers, it’s home to shallow trenches filled with pine coffins and the occasional wooden cross. This is Hart Island, a 101-acre sliver of land in the waters north of Manhattan, where the tourists never go. New York City has been burying its poor and unclaimed dead here since 1869, with more than a million bodies interred within the soil.

Or, they were interred. In April, long-time Hart Island activist Melinda Hunt and a local photographer documented human remains scattered on the island’s northeastern shore, unearthed by recent storms. Forensic anthropologists with the city’s Office of Chief Medical Examiner made a gruesome inventory: six craniums, six mandibles, four right clavicles, four left clavicles, 20 left femurs … the list goes on. The damage has gotten worse recently, but it’s not brand-new: the region’s hurricanes and nor’easters have scoured the island for years, disinterring remains across an area that Department of Corrections officials call “bones beach.” As a result, the city has finally promised to fast-track a $13 million restoration of the shoreline, and to send out archeologists for monthly surveys.

As of 2018, Hart Island is still accepting bodies.

This is only the latest embarrassing episode to afflict a potter’s field that seems more in keeping with Dickensian London than modern-day New York. The involvement of the Department of Corrections is one aspect activists point to as particularly anachronistic—the Corrections Department currently owns and runs the island, using inmate labor from Rikers Island to bury the bodies, although recently a city councilman reintroduced legislation to switch control of Hart Island to the Department of Parks and Recreation in order to make it more publicly accessible.

It’s been this way for decades, although many New Yorkers seem unaware of the arrangement, or how easy it is to end up on Hart Island (corpses left unclaimed at the morgue for a week are buried there, as are many stillborn infants sent from area hospitals). Writing in Grand Street in 1992, Guy Trebay provides a unique look at what it’s like for Rikers inmates working burial detail—a view that, aside from minor details, still likely captures the routine of this grim job.

The burials are considered a plum gig, so far as Rikers options go: they offer a change of routine, a chance to be outside, and a (very) little cash: 37 cents an hour, since raised to 50 cents. The work starts early; in Trebay’s telling, many inmates nap on the long bus ride that takes them through Queens and the Bronx to City Island, where their green Department of Corrections bus drives onto a ferry bound for Hart. There’s little to greet them on the island of the dead but a few pale, melancholy crosses and an aging building with a large sign, perhaps meant to discourage curious boaters, that reads “PRISON—KEEP OFF.”

The prisoners often know little about those they are burying beyond their demographic data and the place where their bodies were found, scrawled on work orders and on the sides of coffins: “Hispanic Male, 42 y.o. (approx), place of death: 241st Street, Inwood.” Forty-eight boxes are buried per trench, the boxes numbered and graduated to make it easier to locate and exhume them if a family comes calling—although that rarely happens.

Trebay writes that by the year 2000, the island’s trenches were to be filled. It’s unclear what plans were supposed to have been made for this eventuality. As of 2018, Hart Island is still accepting bodies—perhaps because erosion has emptied some areas sooner than planned. Although it’s possible that transferring control of the island from the Corrections Department to the Parks Department will clear the path to create a combined park and green burial space, for now the island serves only one purpose: as New York’s city of the forgotten dead. 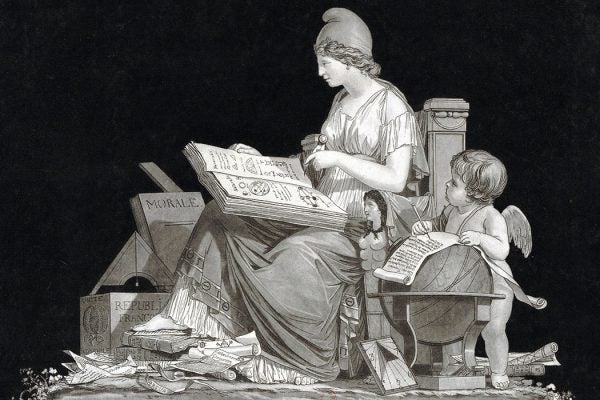 What ever happened to "the most radical attempt in modern history to challenge the Western standard temporal reference framework?"