A shortage of coined currency led Pennsylvania to begin using paper money in the 1720s. The British didn’t like it, but the colonists did. 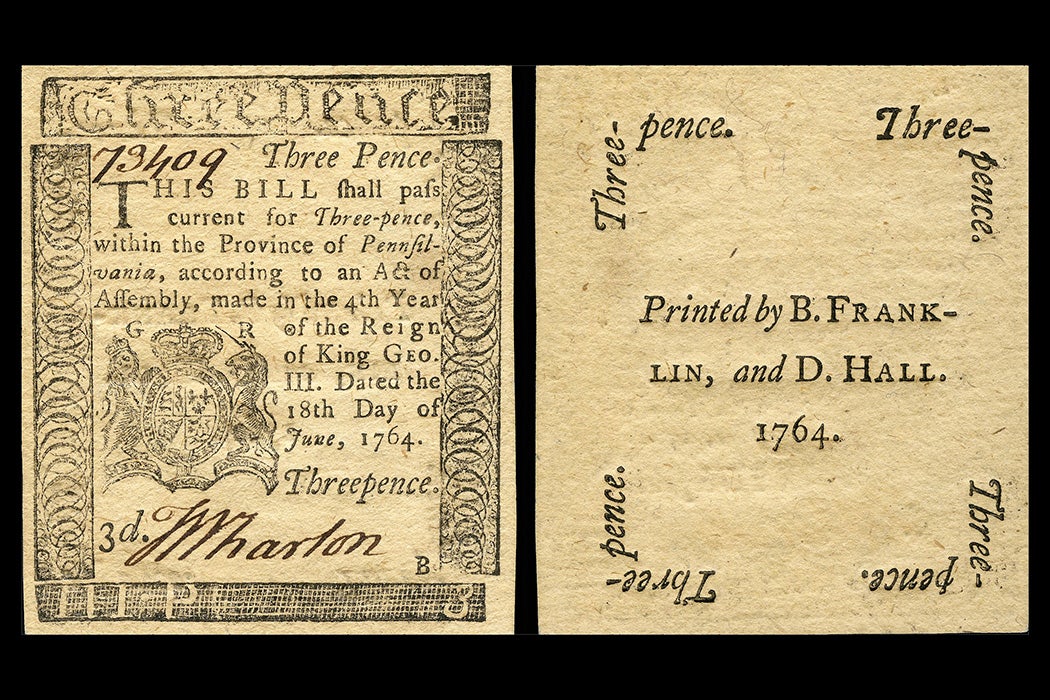 If money makes the world go ‘round, what happens when there just isn’t enough of it? That was a problem that many of Britain’s North American colonies faced in the early eighteenth century. Metal coins were the preferred currency, but they were scarce. And, while large-scale merchants could often handle transactions with credit, that wasn’t as easy for small farmers or wage workers. As historian Katie A. Moore writes, colonies such as Pennsylvania developed an innovative solution: government loans to farmers in the form of notes that could then circulate throughout the colony’s economy.

The spur that drove Pennsylvania’s creation of the new currency was a depression that began in 1720. The downturn was partly the result of growing competition from other producers of flour, a major export for the colony. There was also a credit crunch related to the South Sea Bubble. But, Moore argues, the biggest problem was the lack of currency.

Rawle identified the currency issue as a particular problem for the poor, who sometimes simply couldn’t get hold of enough silver or copper to buy necessities.

Merchant and assemblyman Francis Rawle pushed for the issuance of paper money. He identified the currency issue as a particular problem for the poor, who sometimes simply couldn’t get hold of enough silver or copper to buy necessities. The idea was widely popular, and in 1723, the provincial assembly authorized issuance of the paper money.

The new system allowed the colony’s government to make loans to landowners, equivalent to half the value of their land. They then paid the loan back with interest over time, preventing too much paper money from circulating in the economy. Decades later, philosopher David Hume described Pennsylvania’s system of currency as one in which “the land itself, which is the chief commodity, is coined and passes in circulation.”

Merchants expressed confidence in the new currency and began using it immediately, helping to legitimize the new system. Within a year, the influx of cash stimulated a full economic recovery for the colony.

The paper money wasn’t universally useful—it didn’t work for repaying British creditors, for example. It also gave an advantage to landowners, who actually received the loans, in comparison to artisans and wage-workers. Moore notes that the legislature could have provided direct loans to working-class people, who often depended on private credit from merchants and moneylenders.

Nonetheless, the paper money was popular across Pennsylvania’s political spectrum. When Britain sent the colony a new governor, Patrick Gordon, with instructions to stop any further printing of paper money, Gordon realized taking action on this would anger the provincial assembly, which was responsible for paying his salary. So he found ways to skirt the mother country’s rules and keep the money flowing, declaring that “No Man in the Province is more truly & sincerely a friend to this Currency than I am.”

Even after Parliament passed the Currency Act of 1764, banning legal tender paper money in British America, many in Pennsylvania just went on using their local money anyway. 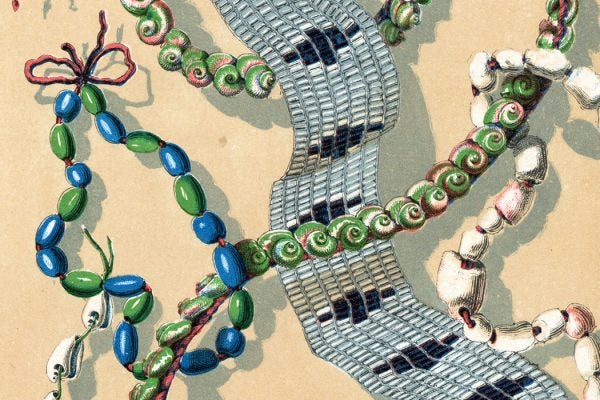