Blackpoll warblers make a 1,500 mile, non-stop flight over the Atlantic 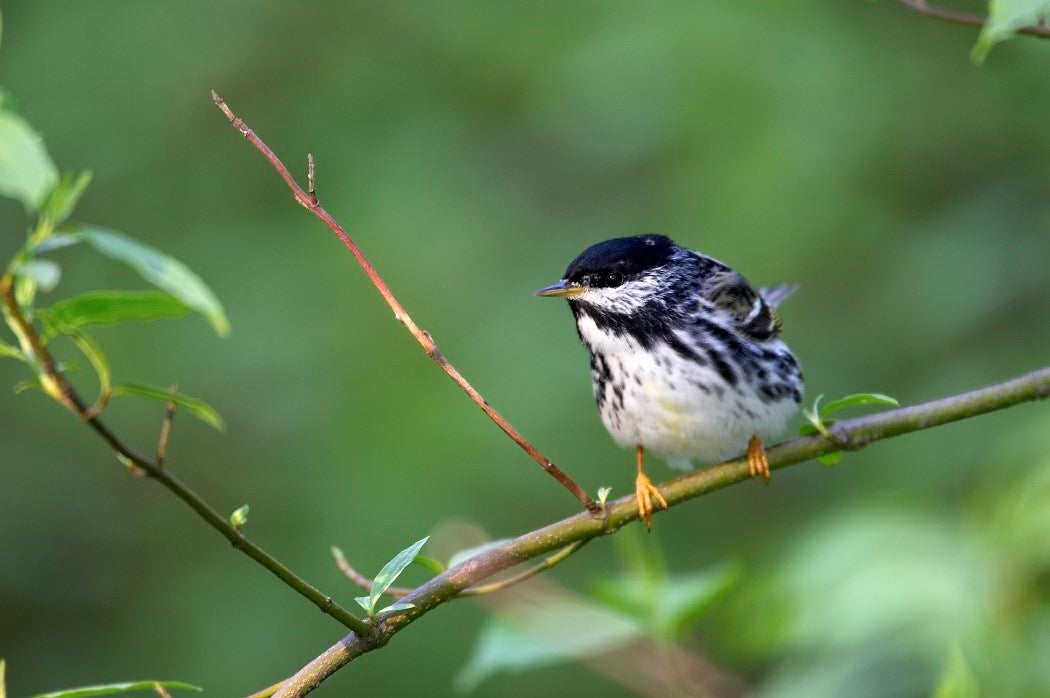 As spring migration kicks off, new research shows that tiny blackpoll warblers have the capacity to make a 1,500 mile, non-stop flight over the Atlantic. The warblers spend their winters in Northern South America and their summers in Northeastern North America, so an over-water flight is the most direct route between the two locations.

Blackpoll warblers are forest birds weighing less than half an ounce, so the longer route over Mexico favored by most songbirds would be safer than risking a fatal water landing. The proof of this magnificent journey came from tiny transmitters fixed to the warblers, and finally put to rest a decades-old debate.

The nature of blackpoll warbler migration has been a subject of debate since the early 20th century, but things really heated up in the 1960s. There was a debate between researchers who noticed early signs of a long overwater migration, and those who pooh-poohed those signs, such as Bertram Murray, Jr., writing in The Wilson Bulletin  in 1965. Over the years, signs started to emerge of a long overwater migration by blackpolls, but Murray and others could not believe it.

One of the most interesting pieces of evidence pointing to the blackpoll’s journey came from air defense radar, which on occasion spotted huge flocks of tiny birds heading out over the Atlantic. Murray found the dates of these observations unconvincing, and believed that the radar hits showed large mixed-species flocks, including those known to migrate overland.

More intriguing was the appearance of multiple blackpoll warblers in Bermuda as well as other coastal observation stations. Murray observed that since most of the captured warblers were thin, they would not be able to undertake long onward flights, ergo they must have turned up by accident. It apparently did not occur to Murray that only those birds without sufficient reserves would land at all; a fat healthy bird could simply keep going.

In the end, Murray was not out of line for the evidence available at the time. Few people truly believed it was possible for such a tiny bird to travel such a huge distance non-stop.

The reserves built up by the blackpolls warblers before this trip must be unbelievable. But evidence evolves, and the evidence is now irrefutable. The blackpoll warbler has joined the ranks of the world’s most impressive migrants. 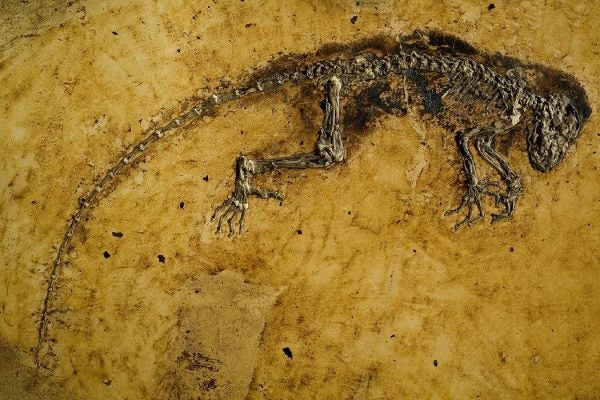 Is Darwinius really “The Missing Link” to Humans?

Darwinius is an exceptionally well preserved, 47-million-year-old primate from the ancient Messel Pit in Germany. Its position in evolution is contested.