Inventors often use animals’ adaptations to the environment in applications that benefit humans, from sharky swimsuits to hedgehog-inspired helmets. 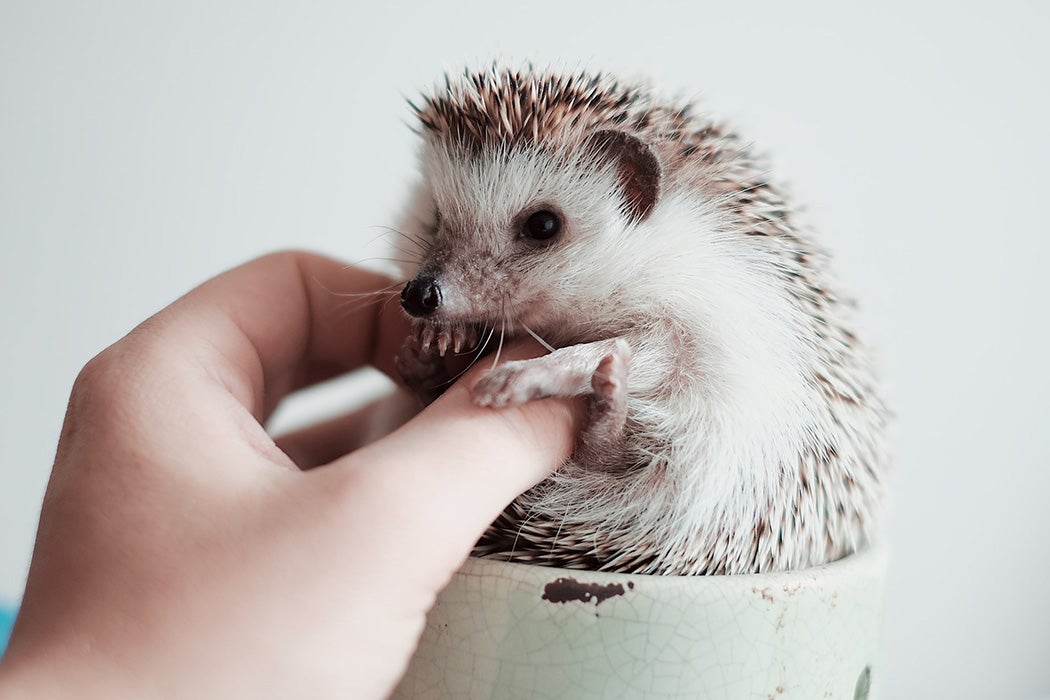 If you had no idea what a hedgehog is, you might read Pliny the Elder’s description and mistake it as fact: They catch apples with their quills, can predict the direction of the wind, and will befoul themselves with urine should you try to hunt them. The only thing he seems to have gotten right was that when threatened, hedgehogs will roll themselves into a ball, leaving nothing but a spherical, quilled surface to reckon with.

Hedgehogs also fall, (mostly) off trees. This can happen when a predator is nearby (it’s a lot faster than climbing down up to thirty feet of tree trunk) or when they’re just clumsy. The ball formation they take when landing protects them from impact with the ground, so they can unfurl and snuffle along for another day.

Textiles and sports equipment design have been rich areas for biomimetics.

A company in Ohio, Hedgemon, has been watching hedgehogs fall off things—not for fun, but potentially for profit. By creating a “biomimetic” layer for football helmets that uses synthetic “quills” to absorb and distribute the shock of impact, Hedgemon hopes to play a role in reducing incidence of traumatic brain injury for players.

Textiles and sports equipment design have been rich areas for biomimetics: Silk, both natural and synthetic, has been key in developing lightweight fabrics of great strength, for uses from fashion to NASA equipment, and nylon, polyester, and Kevlar are all polymers produced by a process that mimics that of natural silk. Camouflage materials reproduce the visual environment in which they’re to be worn. The unique skin of sharks, with dermal dendrites formed from the same material as their teeth, inspired the design of swimsuits that gave such an advantage to the elite athletes wearing them that they were subsequently banned.

While hedgehogs are equipped to protect themselves from some threats, they can’t escape humans: Cars, pesticides, and residential development all encroach on their habitat and food sources. At one point in the U.K., it became so common for injured and endangered hedgehogs to arrive at the Wildlife Trust’s veterinary hospital that they had to open a hedgehog unit—St. Tiggywinkles, named for the washerwoman from Beatrix Potter’s books. The good news is that the attention drawn by campaigns and advocates in Europe to these threats has seemed to help raise awareness and encourage people to leave out food and water for these animals. The bad news? Some hedgehogs are becoming obese and cannot form a ball anymore.