“No feminist ever said the women’s movement was about women ‘having it all,’” Susan Faludi said. “In the 80s, it was falsely held up as a feminist promise broken.” 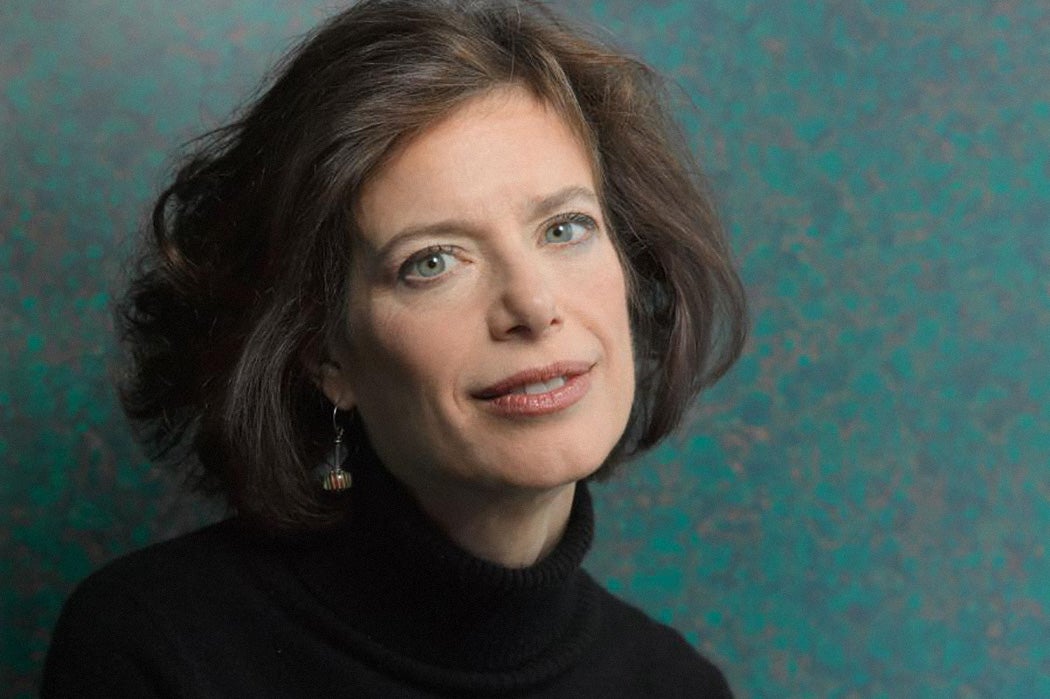 Today’s modern woman is stressed and overworked, can’t seem to find a partner, and is concerned about her prospects for fertility. These statements surely sound familiar and have a ring of truth. But wait: is this what’s happening in 2021? Or was this the message of an earlier era? And, more importantly: are these assertions, then or now, even true?

Susan Faludi’s 1991 breakout critique, Backlash: The Undeclared War Against American Women, tackles the third question. As a result of the Women’s Liberation Movement in the 1970s, women of the 1980s experienced a “backlash,” Faludi argued. In her estimation, while not a true conspiracy, the backlash could be viewed as the subtle and pervasive effort—witnessed in everything from popular culture to marketing to misleading media reportage—that aimed to undermine the progress women had made in the previous decade by maintaining that women were worse off. The “backlash” narrative, in Faludi’s view, also made a more brazenly harmful claim: that the women’s movement was the culprit for women’s newfound struggles. But these proclamations were not only damaging, Faludi noted, they were flat-out wrong.

While it may have been true that women in the 80s were carrying a greater load, or that family life was challenging, Faludi exposed how these kinds of narratives––that women were suffering because of the new freedoms they gained in the previous decade––hid deeper truths: that men, not women, benefitted from marriage; that women with children often showed signs of depression; and that employment was the greatest factor in measuring a woman’s happiness. If women were struggling, the causes were more deeply rooted in systemic oppression and unequal policies than in the personal choices women made regarding their employment, relationships, and motherhood.

It’s been 30 years since Backlash was published. While, in some ways, the circumstances of women in America have improved, in many critical ways, they have not. If a “backlash” blames ambitious individual women and the feminist movement for their current challenges, rather than focusing on the machinery that has enabled these circumstances, then today’s “backlash” is dressed in different clothing—but no less real.

“No feminist ever said the women’s movement was about women ‘having it all.’”

And here’s another example: The pernicious issue of whether women can “have it all” still persists. The question itself—first posited by Cosmopolitan editor Helen Gurley Brown—was never the right one to ask, Faludi points out.

“No feminist ever said the women’s movement was about women ‘having it all,’” she wrote to me in an email. “In the 80s, it was falsely held up as a feminist promise broken. Today, as then, the inability of women to lead a life that allows for both work and family has nothing to do with the consequences of feminism and everything to do with the refusal of government and corporate America to provide even the barebones basic structures to make that possible.”

Whether women are aiming for “it all” or not, COVID-19 has been a wake-up call that they are still shouldering most of the load at home. Although egalitarian households have been shown to reap many benefits in terms of the couple’s satisfaction, the stress of extra duties––childcare, tutoring, eldercare––exposes the fact that it’s women, especially mothers, who have been saddled with these tasks.

In Backlash, Faludi argued that working-class men often felt challenged by the role-reversals in their relationships when women began out-earning them. While heterosexual couples today are more likely to have female breadwinners, this trend doesn’t mean that men “aren’t distressed by their loss of standing, income, occupational worth, and dignity,” Faludi wrote to me. The solution, she posits, is to “redefine the terms so men’s ‘strength’ isn’t contingent on women’s ‘weakness.’”

I asked Faludi if marriage today, as in the 80s, still benefits men more than women.

“Depends on the marriage,” she wrote. “But given the era we’re in—with married women with children under the pandemic doing the vast share of the child care, home care, school care, and sacrificing their work life and independence, I’d say men still are getting a whole lot more out of the state of matrimony.”

A report from the Council on Contemporary Families reflects the trends over the last few decades, showing that from the mid-90s to early 2000s, about the time that the “backlash” may have been having its real impact, “support for gender equality stalled, even reversed.” While the curve has turned around since then, the global pandemic has illustrated how fragile support for gender equality can be, especially during challenging times. A New York Times investigation looked at the current effects:

The crushing toll on working mothers’ mental health reflects a level of societal betrayal, according to Dr. [Wendy] Dean. “This isn’t burnout — this is a societal choice,” she said. “It’s driving mothers to make decisions that nobody should ever have to make for their kids.”

This toll, it should be clear, is quantifiable: over the past year, nearly 3 million women have dropped out of the workforce.

In Backlash, Faludi was sharply critical of the media’s role in supporting and promoting sexist ideas about women. I was shocked to read stories like this:

At Newsday, a male editor assigned reporter Marilyn Goldstein a story on the women’s movement with these instructions: “Get out there and find an authority who’ll say this is all a crock of shit.”

The lack of factual evidence to support many claims made in feature stories, even in major publications, was startling. Today, in some ways, we’re even worse off. While the gatekeepers of major publications can be helpful, today’s social media landscape and fake news universe has opened the floodgates to misinformation.

“The media is a very different beast now,” Faludi wrote to me. “When I was reporting Backlash, there was no social media and the press was a clearly defined set of institutions with a reputation to uphold. Now it’s a free-for-all—and women are the worse for it, with very little recourse when they are attacked other than to retreat into silence,” she said. The irony here, in her view, is that “the same technology that was supposed to ‘liberate’ women’s voices has muzzled them.”

For some historical context, I turned to Stephanie Coontz, historian and director of public education at the Council on Contemporary Families.

“Faludi did a powerful, excellent job of describing the misuse of science and the kind of propaganda that was being aimed at women,” she wrote to me in an email.

Coontz, like Faludi, argues that it was precisely because the women’s movement had made progress that anti-feminist voices emerged in response. She sees this response as a “sign of what we were accomplishing in comparison to the 60s and 70s… when we were still such a minority movement that our opponents weren’t feeling threatened.” Coontz, who deeply respects Faludi’s work, does remember having a “strong reaction” to the term “backlash” when the book came out.

It is important, after all, to know the enemies of feminism, the faces behind misogynistic policies, and the subtle influences on these forces.

In her view, there was a “backlash” after the American Revolution and after World War II, but what happened in the 80s was different. A more appropriate term, according to Coontz, is to call it a “rearguard action—or perhaps a counter-offensive—to defend or regain ground that feminists have been steadily encroaching upon.”

As a historian, she believed that “Faludi gave the impression that we were the ones having to fight a rearguard action, when in fact we were making enough progress to scare the crap out of people who had never supported us, stimulating them to reach for new arguments (and eventually to expose just how opposed to equality they really were and are).”

Coontz exposed an important distinction. It is important, after all, to know the enemies of feminism, the faces behind misogynistic policies, and the subtle influences on these forces. The term “backlash,” however, may be understood to represent the effect of the forces, and its this effect on which Faludi shed light.

When I first read Backlash, I felt that I’d finally come across something to sink my teeth into. It helped me understand the way the environment around me had the power to shift collective ideas about what we, as women, should be doing. And why we should be worried about failing to reach certain milestones.

As a single woman in my late 30s, I’ve pretty much given up on the milestone concept in my life. That’s not to say that I don’t want a partner. It’s just that I don’t want that as the goal. And I surely don’t want that at the expense of my own autonomy or happiness. I’m sure other women my age feel this way too. It’s difficult for us to complain about it, because no one is overtly telling us what we’re doing is wrong.

But the expectations come across in the small things—the questions focusing on relationships, rather than personal achievements. Instead of asking what we want, others often ask about our “progress” on the relationship front. My friends could tell you that I’m all for discussing these matters to death. But I also don’t want my relationship status to be viewed as an indicator of “how well I’m doing.” There’s so much to the world, and women deserve to enjoy all of it. As Faludi puts it, the essence of feminism is about being able to make our own choices, and for a variety of choices to be equally valid.

“Backlash,” as Faludi defines it, “will always be with us in one phase or another—kind of like a virus, alas,” she wrote to me. “The more women advance, or the more men feel they are slipping in status, the greater the pushback.”

In the 2020 edition of Backlash, Faludi emphasizes this point: “If anything, a Backlash written in 2020 would be direr in many respects, starting of course, with the election of the most flagrantly misogynist president in our nation’s history.”

Still, we’re seeing signs of progress. The #MeToo movement is the most recent example of feminism showing a comeback. Trump lost re-election, and we have our first woman as Vice President––both of which, I believe, should be seen as signs of progress for women. But where we see progress, Backlash instructs us, we should also expect pushback. I asked Faludi if we might now expect denigration directed toward Kamala Harris.

“I’m not keen on crystal-ball forecasting, but I’d be shocked if that wasn’t the case,” she wrote. “Already, we’ve seen the jaw-dropping vitriol directed her way—from the former Predator in Chief on down. Veep can play as ‘wife’ to a president, which lowers the fury level. The big backlash will come if/when Harris runs for president.”

In her new book, Wandering in Strange Lands, Morgan Jerkins takes a deeply personal look at the effects of the Great Migration.