Recently, the health of the honey bees has been a topic of some concern. But many scientists think we should actually be worrying about wild bees instead. 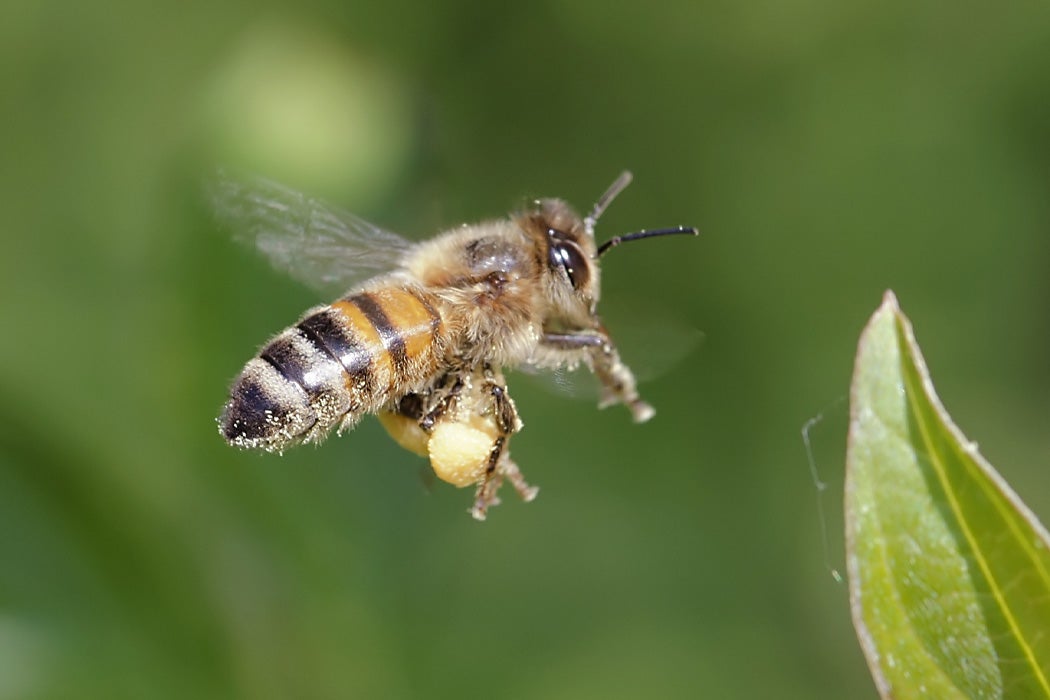 Commercial bees—usually Apis Mellifera honey bees, native to Europe and the Middle East—are big business. They are vital to food crops and as such have been widely introduced around the world. Now that their population faces threats such as pesticides and diseases, it’s no wonder that farmers and biologists put a lot of effort into keeping bees healthy. Backyard beekeeping has also grown in popularity, especially in urban areas. But when honey bees and wild native bees overlap, the honey bees aren’t always the good guys.

The domestic bees visited a wider variety of flowers than the wild bees did.

Entomologists Ingolf Steffan-Dewenter and Teja Tscharntke, writing in Oecologia, examined the overlap between honey bees and various native bee communities in their European home range. They concluded that there was considerable shared territory between domestic and wild bees, but the domestic bees visited a wider variety of flowers than the wild bees did. Nevertheless, there was no evidence that the presence of domestic bees negatively impacted the native bees. A bigger factor was the type of groundcover, which could reduce or increase the availability of nesting sites for wild bees. The authors do caution, however, that the density of domestic honey bee hives was low in their study area, and they supported measures that limited beekeeping near natural areas to protect native insects.

On the Pacific island of New Caledonia, however, scholars Makoto Kato and Atsushi Kawakita found a more ominous result. There, introduced honey bees had established themselves so successfully that they had become the dominant pollinator. Isolated in the Coral Sea, New Caledonia has a lot of indigenous plant species, many of which evolved in tandem with their pollinators. The study found that the honey bees had largely displaced native bees. Kato and Kawakita’s data suggests that some native New Caledonian bees are now endangered.

Across the world in Brazil, botanists Roselaini Mendes do Carmo and Edivani Villaron Franceschinelli and zoologist Fernando Amaral da Silveira discovered a third outcome, in which introduced honeybees negatively impacted a plant but not the pollinators. Working in Minas Gerias, north of Rio de Janeiro, the team examined Clupia arrudae, a tropical tree that produces a resin used to attract native bees. The male flowers are also visited by introduced honey bees, which ignore the resin but collect almost all of the pollen. Native bees visiting the male flowers transfer hardly any pollen to females, but they can have all the resin they desire. Some of the male flowers had a reduced ability to reproduce, and the researchers predicted that if there were enough honey bees around, pollination could be limited to the point that fruit production was also impacted.

So while the world focuses on the plight of honey bees, there are thousands of native bees that are also at risk, with serious consequences to their ecosystems.