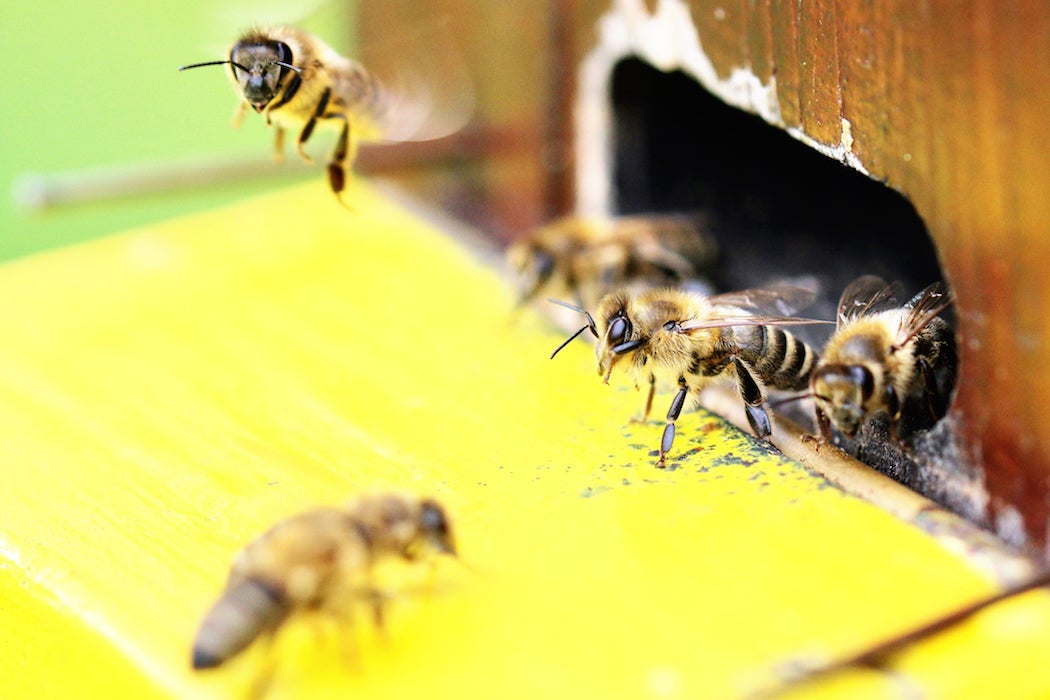 If you keep a hive or two in your backyard and you have a question about improving honey production or keeping your bees healthy, the first place you’ll probably turn to is a website or online discussion group. Though it might not seem like it, you’re following in the footsteps of hobbyists in the seventeenth and eighteenth centuries, as Adam Ebert, a historian who’s also a beekeeping blogger himself, explains.

Ebert writes that the connections between beekeepers in those years was part of what historian Joan Thirsk has called the early modern “world-wide farming web”—the sharing of information about agriculture across long distances. While well-known naturalists made important observations about beehives, Ebert notes that it was hobbyists who defined and spread scientific beekeeping across England. These were mostly educated professionals, clergymen, artisans, and merchants. They didn’t care much about making money from their bees. Instead, they pursued techniques to maximize honey production in the hopes that it would help improve the welfare of the poor beekeepers.

As the use of print spread in the country, beekeepers were increasingly able to publish and share their discoveries. The first British beekeeping treatise, published in 1568, synthesized information from ancient Roman agricultural manuals. Soon, however, publications took a more modern turn, incorporating recent scientific discoveries and practical experience.

One beekeeper-scholar found divine order, and lessons for humanity, in the workings of the hive.

Beyond sharing practical advice, Ebert writes, many beekeeper-writers had bigger topics on their minds. Charles Butler, a reverend and language scholar, popularized the understanding that what had previously been known as the “king bee” was actually female. He also found divine order, and lessons for humanity, in the workings of the hive. The hive offered a “patterne unto men”—continual labor under a rigid class system resulting in perfect order and productivity. A hive was a “perfect monarchy, the most natural and absolute form of government.” Later, some writers offered different political interpretations of the hive, writing of a “common-wealth of bees.”

Other writers found other admirable qualities in the bees. One apothecary conjectured that copulation was unknown among them, and that the “king bee” reproduced by injecting sperm into natural materials collected from outside the hive.

Unsurprisingly, these admirers of hive society were horrified by the common practice of smothering whole hives of bees with sulfurous smoke from burning brimstone-soaked rags before collecting the honey. Beekeeping societies shared tips and even offered cash prizes for the development of more humane harvesting techniques.

Proponents of beekeeping also complained about the importation of honey from outside England and sought to promote it as a small-scale cottage industry for poor communities. While some prosperous farmers ran relatively large-scale beekeeping operations, that was never the focus of the apiary evangelists.

The beekeepers of the world-wide farming web were tied to each other through a common passion, just like today’s blogging beekeepers. 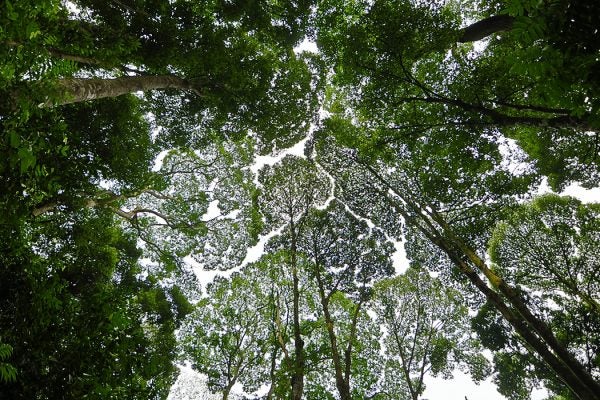 In some forests, trees grow in a manner that keeps their branches from touching one another. Despite decades of study, scientists aren't exactly sure why.