The lethal combination of chemistry and warfare has a long history. 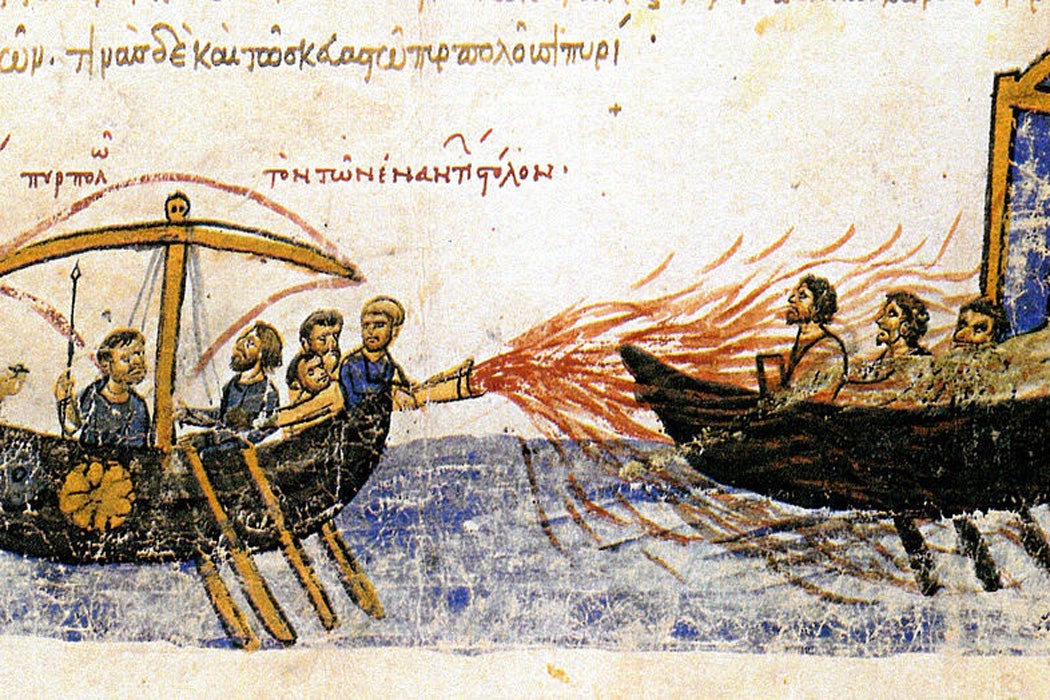 Byzantines use "Greek Fire" against Thomas the Slav in the twelfth-century
via Wikimedia Commons
By: Matthew Wills
2 minutes
Share Tweet Email Print

This year marks the centenary of the first large-scale use of chemical weapons, when Germans discharged deadly cylinders of chlorine gas on the Allies in April of 1915. Earlier that year, in a show of their growing arsenal of lethal chemical weapons, Germans fired thousands of shells loaded with tear gas at their Russian enemies during World War I. The weather was on the Russians’ side, cold enough to freeze the gas and diminish its damage, but the war would see many more uses of chemical agents, to much more horrific ends. The First World War spread chemical warfare onto the modern stage, but the lethal combination of chemistry and warfare has a much longer history.

One could consider poison-tipped arrows as an early form of chemical warfare. The same could be said for gunpowder, which spread from its 9th-century invention in China. This explosive was made from sulfur, charcoal, and saltpeter (potassium nitrate). We are less sure of the composition of Greek fire. This was an incendiary weapon Byzantium started using in the 7th century; it may have been somewhat like napalm (it was also called “sticky fire”).  Alex Roland details the various theories about its ingredients of what he calls Kallinikos fire in his essay about secrecy in the history of war technology. The liquid fire was shot or sprayed through tubes or siphons and was particularly effective against wooden ships. It probably terrified the first opponents to meet it.

The psychological aspect of chemical weapons–which tend to be crude but terrifying in their ghastly effects– has a long history, too.  A. Dawson calls Hannibal (247-c.182 BCE) “a pioneer in chemical and in psychological warfare” for his use of rockets, lachrymatory gas, and a kind of laughing gas in his battles with the Romans. The lachrymatory (tear) gas Dawson postulates as ammonia, which could be made from a distillation of camel dung mixed with slaked lime; he didn’t think thisprocess would have been hard for the people who came up with the sumptuous Tyrian purple dye from snail shells.

D’Arcy Wentworth Thompson, writing only a few years after the Geneva Protocol banning chemical weapons went into effect, argues that the substance used to stampede enemy horses in classical times was a “cloud of fine dust, the dried and powdered juice or resin of Euphorbia resinifera.”  Thompson notes that a similar sneezing gas was used in the First World War, to make soldiers take off their gas masks just before a second round of actually poisonous gas would land around them. What is old is always new again. 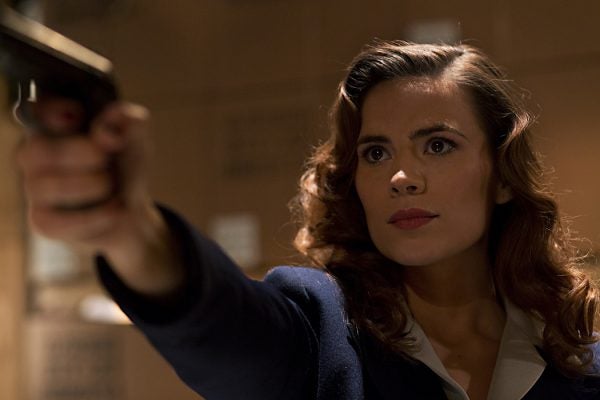 Marvel’s Agent Carter and the Women of WWII

Marvel has introduced Agent Peggy Carter into the lexicon about women’s status in the military during and post-WWII.